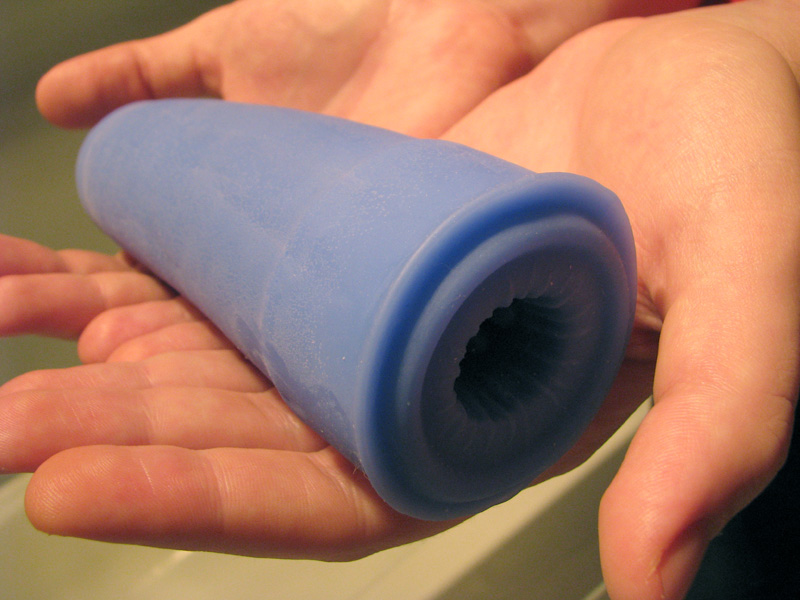 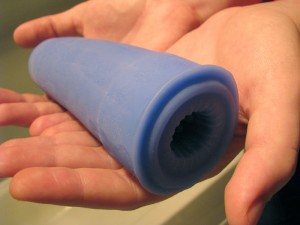 I was probably going to buy the Maven sleeve for him for Christmas if I didn’t acquire it for review first. I’ve heard it’s a good ‘un, and it’s one of the most popular sleeves that doesn’t resemble a vagina. My boyfriend is adverse to sleeves that resemble vaginas, or “puckered butts,” as he deems them creepy. Maven has a slightly puckered opening, but I don’t think it’s meant to be an ass, so we’re all good. (Also, it’s blue, not flesh-colored. This is an important factor.) 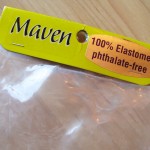 The Maven sleeve, which is made by Vibratex, came in the most plain packaging I’ve ever seen, and it was great. I pulled it out and felt its floppy body. It was very soft, reminiscent of CyberSkin, on the outside. On the inside, I felt bumps upon bumps. Alas, I could not will myself to grow a penis, so I handed the Maven over to my boyfriend and waited for the mood to strike him. When it did, I was instructed to stay away and not listen through the door.

After the telltale five minutes, he was done and in the bathroom, turning the Maven inside out and rinsing it. Then he laid it out to air-dry. 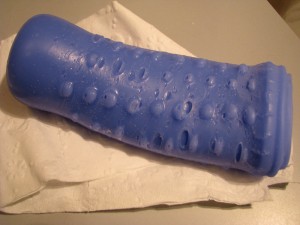 I proceeded to drill him about every aspect of Maven. He hadn’t been blown away, but he definitely wasn’t disappointed. I learned the following facts:

Now, despite all of this praise, he says he will probably only use the Maven once a week. Why? Well, he says the feeling of the sleeve is “probably better” than the old hand, but the sleeve requires maintenance, looks like a blue trunk, and prickles his head. He is difficult to impress, as you can see.

My only gripe with the sleeve is that the inner bumps already seem to be splitting and breaking open, probably due to turning the sleeve inside-out to wash it. Nonetheless, I really think a lot of people with penises would like this thing, if only to try a different sensation once in a while. Go get one!

Get the Maven at SheVibe, Pleasure Chest, or She Bop.