To tell the truth

I’ve found a job I’m passionate about, but it’s not acceptable to most of the world. Oh god, how willI tell my parents? 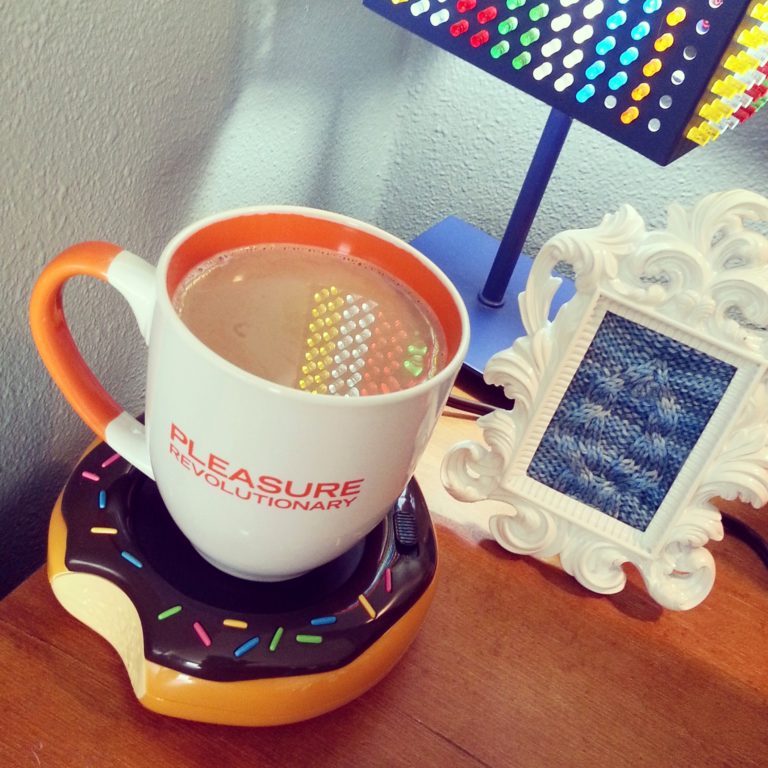 If you had asked me years ago if I was ever going to tell my parents about my blog, I would’ve scoffed at you. And in fact, I basically did that in written form in May of 2010.

I know what will happen when I tell my mom: she’ll want to read the blog. She will pester me for the URL. Who knows — she might even go searching for it. And the knowledge of her reading this could really, really damage my desire to keep writing, and my love for this blog. I’m just not comfortable with her reading it (and no, telling her that would not be enough to keep her from snooping).

. . . I would love to one day be completely open with my parents about my blogging. But it’s not the right choice for me right now. I will know when it is.

And that was legit reasoning. Back then, there was no reason for me to tell them about it. No reason whatsoever. The blog was a hobby, a side thing I was doing for fun. But things have changed since then, and so have my feelings on the matter.

In April of 2010 and by a stroke of luck, I started working for Tristan Taormino — keeping up with social media outlets, writing for her Opening Up blog, and doing odd jobs. I was also doing a bit of copywriting for Vibrator.com at the time. In September of 2010, frustrated by my parents asking about my financial situation, I told them that I had found a job doing sex toy copywriting. Even though it was more of a side job, I used it to test the waters. They had a few laughs, but basically ignored it.

In November of 2010, by another stroke of luck, I started working for a local sex shop — adding products to their catalog and running their blog. Meanwhile, my blog has grown a lot and has become successful enough to make me some money, which I never expected.

And as the years have gone by, something in me has shifted.

Partly, I’m sick of my mother acting like I don’t have a job — to the extent that I get emails from her friends about job openings at their workplaces.

Partly, it really sucks to lie. I still tell them I’m doing copywriting, which I’m not anymore, and it makes me feel horrible. I daydream about my dad calling me during the day and being able to tell him what I’m really doing. “Oh, I’m working on an article about toxic sex toys and a post about a polyamory segment that was on 20/20.” Something productive, since I feel like everyone assumes I do nothing all day.

Last summer, I had this sad moment. My brother had recorded his first EP and my dad was constantly playing it for all his friends. It was good music, and one of the first truly great things my brother has done in his life. My dad is always saying that his hope for his children is that we find something we love to do, my dad could not stop talking about how proud this EP made him. About how my brother seemed so in his element, so passionate — and he was right.

Yet I felt upset. Because it hit me. I am doing something I love. I’ve found something I’m passionate about, and I’ve made a living from it. But it’s not acceptable to most of the world. Who’s going to print out an article about butt plugs and show it to their friends?

I had a similar feeling recently when my mom off-handedly predicted that I will one day work for a local newspaper. And on more than one occasion, my parents have told me that I should write music reviews.

I’m writing — I’m even reviewing — but is it legitimate enough for them?

Both of my parents are pretty open-minded liberals. My easygoing dad displays a semi-nude calendar on the wall in his work room, is outspoken about politics, and loves horror movies. My mom is boisterous, loves beer and Mai Tais, and has flippantly shown me one of her sex toys whilst unpacking after vacation (some horrible jelly thing — she needs to be informed).

I want to tell them that I work for Tristan and the shop, but I’m not going to do that without telling them I also run a sex toy review blog. I’ve thought about it, and I’m not going halfway on this one. If I’m going to come clean, I’m going to come completely clean. The blog is a huge part of my life, and damnit, I’m proud of the fact that I’m making money from something I created all on my own.

I’m not worried about them being judgmental. But I don’t want anyone knowing the URL of this blog. Or reading it. And as I mentioned before, my mom can be a creeper. 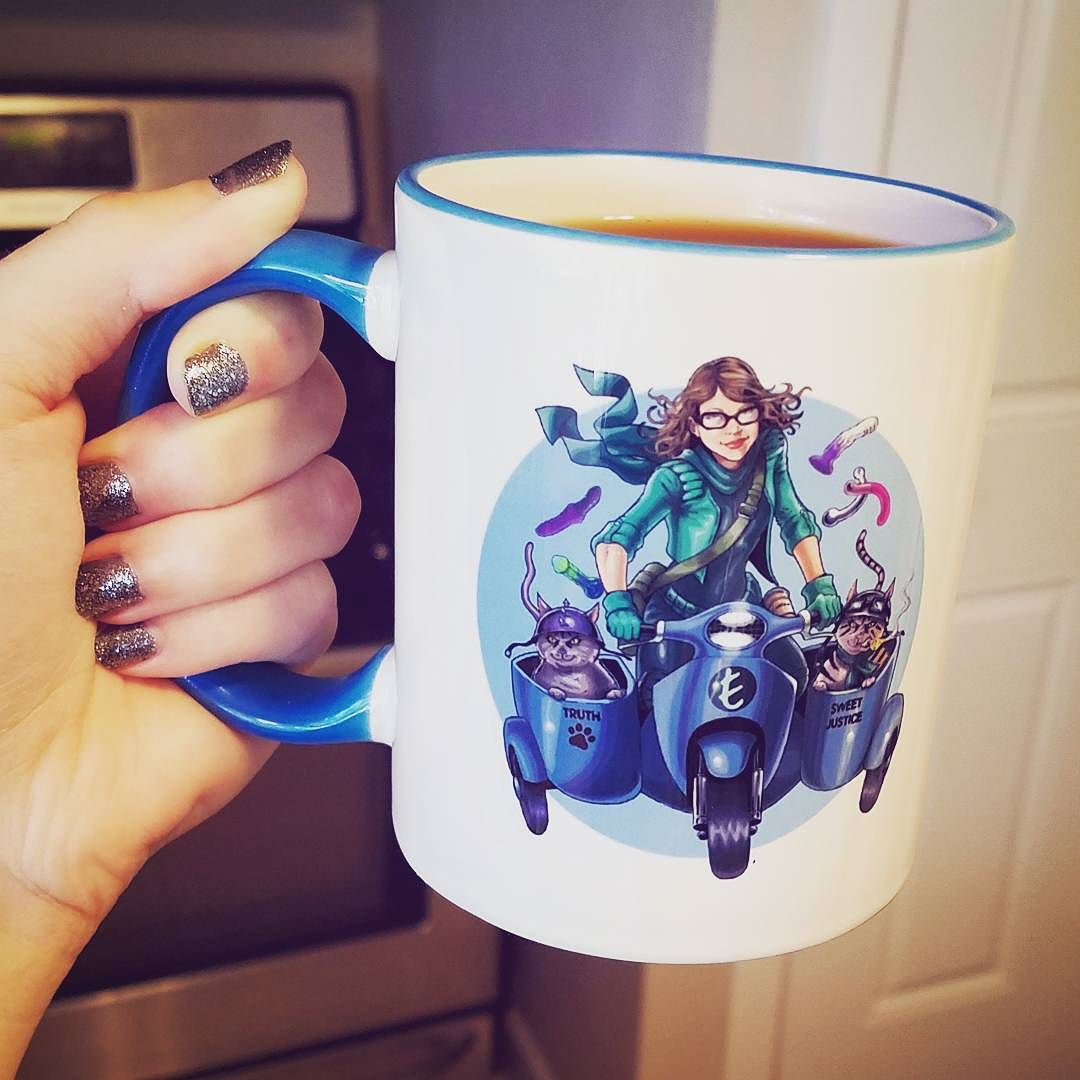 My blog is so much more than it was when I began. It’s not just a way for me to get free sex toys and stretch my writing muscles. It has become a job of its own, a profitable one, but one that could stop generating money at any moment. Like if I suddenly lost the desire to write in it. Like if I knew someone in my family was reading. I have to think about this possibility before I tell my parents. I can’t ignore it.

My boyfriend thinks I’m being too paranoid. I probably am. What’s the likelihood that my mom would be able to find my blog? Oh, she could find it, sure, but she’d never know it was mine unless she read a lot of it and picked up on some very tiny distinguishing facts that I’ve put in reviews.

My anonymity has always been extremely important to me. I’d rather be too paranoid than not paranoid enough. I try to tell myself that nothing about my blog screams my real name.  There are no pictures of me anywhere. I’ve asked people to remove tweets that reveal certain things about me. I never mention my cats’ names. I’ve declined a request for a podcast interview because I didn’t want my voice out there, attached to Epiphora. I insisted upon using my sex toy avatar in Babeland’s Blogger’s Picks despite pressure to use a photograph of my face. I refuse to have distinguishing photographs out there in the world, without being in control of deleting them if need be.

Any threat to this carefully crafted anonymity is serious. And telling my parents constitutes a threat, one that I do not take lightly. Telling my mom could mean essentially telling all of her friends and all of my family. All it takes is one person figuring me out. I know that sounds dramatic, but that’s what’s held me back in the past. I think it’s important to imagine the worst case scenario and prepare for it.

But right now, the worst case scenario is being outweighed by my desire to tell truth. By the relief that accompanies honesty. By the hope that they could really support me in this.

I’m making plans for how I’ll tell them: in person, possibly after having a few glasses of wine so I don’t have a heart attack. I’ll tell them that I have kept the truth from them because of my fear about my blog being discovered. I will impress on my mom that she not go snooping around or blabbing to anyone. I will explain that it has been a huge decision for me to finally tell them. And I hope that they will respond with support and understanding.

I want so badly to tell the truth. I want so badly for them to be proud. I want them to know I’m making money, that I’m writing, that I’m doing something I love. But damn if it doesn’t scare me half to death.

What happened next? I told my parents what I do, and my mom became my biggest cheerleader.