Flawless, glorious nuggets of shiny stainless steel. Put one in your ass, be astounded, THE END. 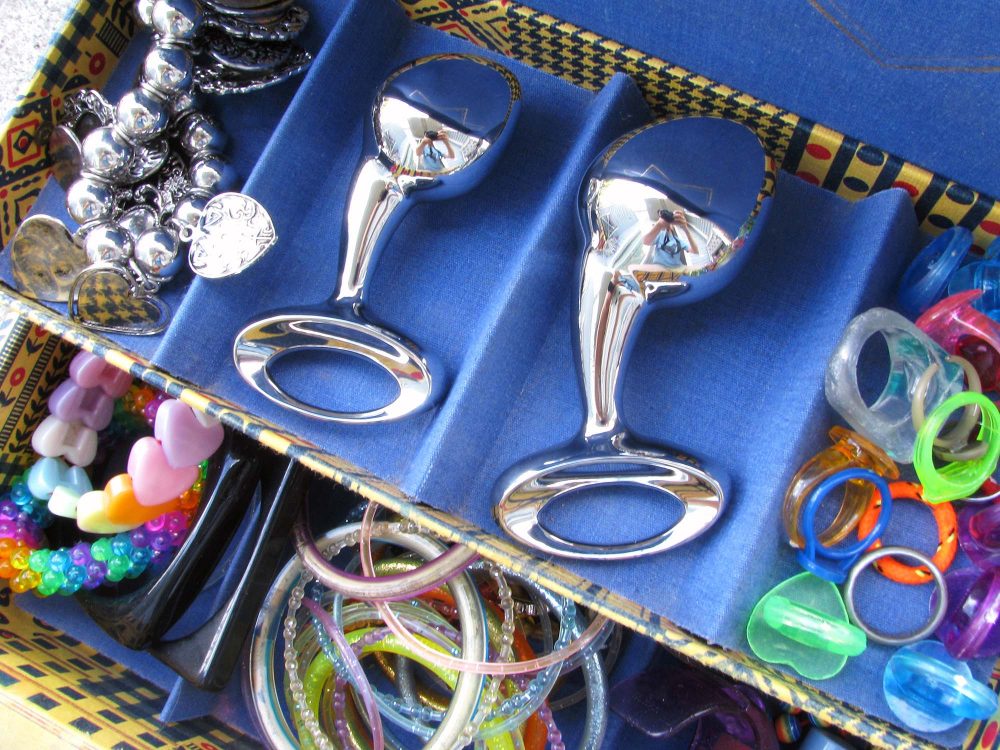 I could’ve written a review for the njoy Pure Plugs before ever putting a single one in my ass. Of course, I would never do such a thing. And sometimes, my hunches about toys are way off. But in this instance, I’d like to gloat about the fact that I was totally and completely spot on (à la Gordon Ramsay).

The Pure Plugs seem like flawless, glorious nuggets of shiny stainless steel, and that is exactly what they are. Put one in your ass, be astounded, THE END. They are love at first butt. First insertion? First ass? I’m basically as excited as Samwell about this. That tells you much of what you need to know.

SheVibe graciously sent me both the medium and large Pure Plugs, so I could compare. I didn’t ask for the small one, because my ass is too much of a boss for such folly. Each is slightly longer, wider, and heavier than the one before it, with the large clocking in at 2.75″ long, 1.5″ in diameter, and 11 ounces. The small is quite tiny and lightweight, at 5 ounces.

I can’t avoid sounding like a fangirl, here. These plugs are amazing. They are shaped perfectly. They go into my ass easily and they stay there without issue. They are heavy, but not too heavy. And the bases! They stay between my cheeks and are so inconspicuous! Even during sex! Even when sitting down!1

I don’t know what it is, because usually I put in a butt plug and just go about my day — but these ones seem to turn me on more than usual. I don’t know if it’s because they are made with magical horndog dust or if I’m just still feeling deprived after 2 weeks of my insides feeling numb, but I just want to rub my vulva on things whenever I use them.

Plus, there are a few aspects to stainless steel as a material that, in a butt plug, are even more awesome. Like you can use silicone lube with them, and they are really resistant to picking up butt smells — I don’t even have to spray them with 10% bleach solution to make it go away. Also, the Pure Plugs make for some swanky-ass butt jewelry. I just loving seeing the sliver of stainless steel between butt cheeks.

I revisited my njoy Pfun plug to make sure that the Pure Plugs are superior. They are. The Pfun is just too long. Despite having the exact same weight as the large Pure Plug, it doesn’t feel as effortless. It could be good for stimulating the prostate, but my dude amigo doubts it. “It looks more like a Pmeh,” he said, nailing it. 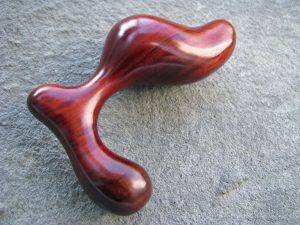 I was going to say that I don’t see the point of the small Pure Plug at all, but then my friend proved me wrong by telling me a story about one of her friends who, after boasting about his anal bravery, tried her medium Pure Plug and proceeded to complain about how big and terrible it was. Now, his name was Brad so who can really trust that guy, but unless you have never put anything in your ass ever, I don’t think you need the small. Even if you are a Brad and the medium turns you into a whiner, you can just warm up with something else. My butt will already accept the medium in .2 seconds — so the small is moot. If I had to keep just one, I’d pick the large. It doesn’t seem that big to me, so hey, why not?

The Pure Plugs are easily the second best thing njoy has ever done, right under the Pure Wand. That’s about the highest honor possible, since the Pure Wand can never be usurped. They are also some of the best butt plugs I’ve tried, up there with the Romp, Bootie, and Ryder. Bonus: they very nearly make me forget how disappointing the Eleven was!

Get the Pure Plug at njoy, SheVibe, Lovehoney (international), Come As You Are (Canada), The Pleasure Garden (UK), Peepshow Toys, Early to Bed, Enby, Good Vibes, or Smitten Kitten.