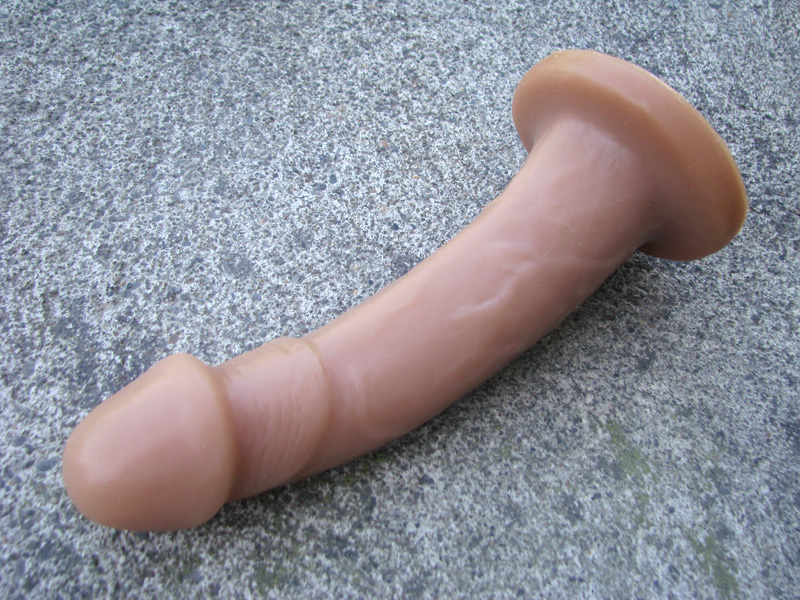 Sad but true — I started eliminating toys from my wishlist based on their dimensions alone. Big, big mistake. Do not do this. Inevitably a toy will come along and prove you wrong.

I tend to shy away from words like “perfect,” but… there is nothing about the Vixen Mustang that isn’t perfect. I love its curve. Its chunky base. Its skin-mimicing texture. I love how the shaft gets wider as it nears the base, progressively opening my vagina as I insert it further.

I love its length (6.5″ insertable). I can insert it more and more as I get turned on, and it fills me up length-wise very nicely. When I’m on my period and my cervix is really sensitive, I can still have trysts with the Mustang because its material is so gentle. 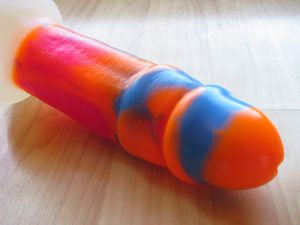 Do I crave something larger? Sometimes, but not often. The Mustang is really very satisfying all on its own. Sure, Maverick is an intense, filling beast, but I can whip out the Mustang at any moment and my vag’ll be ready. I appreciate that.

I almost forgot that I already own a smallish (but non-realistic) VixSkin toy — the Raquel. So I tried it alongside (not literally…) the Mustang, and the distinction was clear: the Raquel is a priss, and the Mustang is a badass. Raquel is all soft and sensual, with a head that I can barely feel unless I thrust. Plus, its texture is completely uniform and smooth; it’s not trying to be skin-like, so it feels very disappointing compared to Mustang.

Get the Mustang, in many colors, at SheVibe.

Wanna save some bucks? Vixen’s Woody ($58) is the same mold as Mustang. Not quite as squishy, but surely just as glorious. Or get it in red with a vibe.