“Want to have some extremely distressing sex?” I began, hoping I was joking. But it quickly became apparent that I wasn’t. 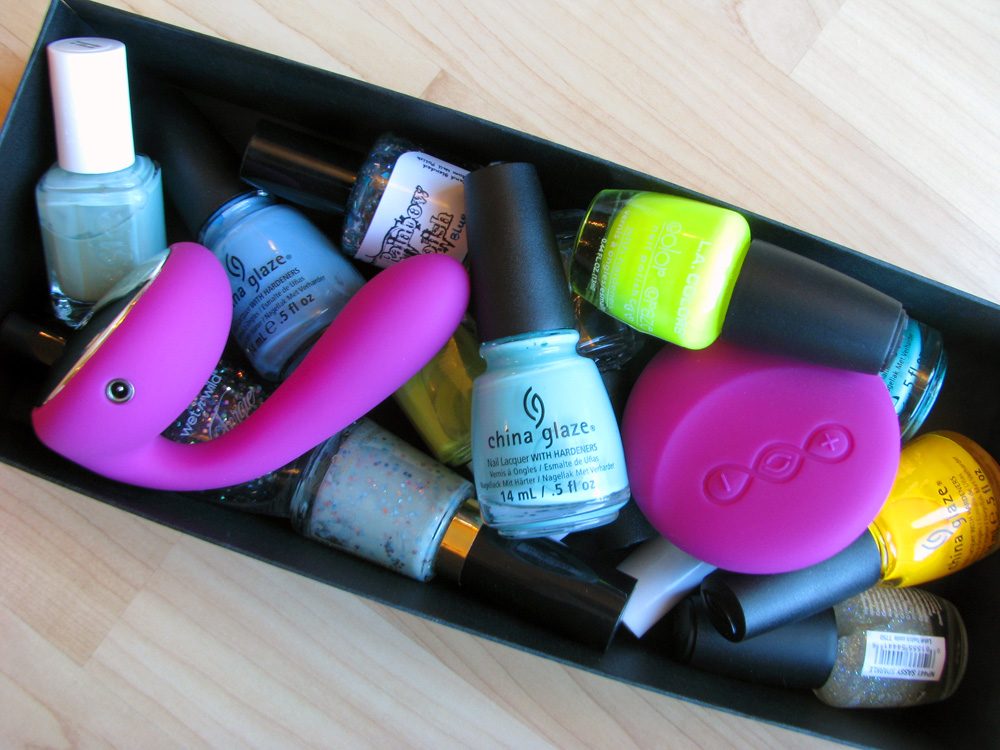 I think my boyfriend is going to break up with me over the LELO Ida.

I can see it in his eyes. The despair. The dread. When I say, “hey, you know what we should do?” his features fall because he’s afraid I’m going to say “have sex.” But instead I say, “watch Orange Is The New Black” or “boil the potatoes for dinner” and all is forgiven. For now.

Named after a long-ago-discontinued toy in LELO’s first line, Ida sounds like a cute grandmother rather than a sex toy that’s gonna rock your relationship to its core. Don’t be deceived.

Also, it doesn’t come with a brooch. I may have literally yelled, “WHAT! DID THEY REALLY NOT PUT A BROOCH IN HERE! WHO DO THEY THINK THEY ARE?!” while digging through the trash to find the foam insert just to make sure there was no brooch indentation. Little did I know that that would become the least disappointing thing about the Ida.

Let me walk you through the first partnered testing session I had with the LELO Ida.

“Want to have some extremely distressing sex?” I began, hoping I was joking. But it quickly became apparent that I wasn’t. We almost gave up even getting his penis in there along with Ida. No lube was enough lube. The furthest we got was the head of his penis, immobile. And it hurt. Both of us. And you know me — my vagina is not a wimp. So I was offended.

We changed positions. Me on top. I hurt him trying to re-insert his penis because I was putting pressure on it when it had nowhere to go.

Not long after that, he looked at me with pained eyes: “can we be done?” Cruelly, I told him to try to come, since he had been so close before Ida was introduced. But before he could attempt that, his penis slipped out and we looked at each other like fuck it.

Afterward, I apologized. (This would become a trend.) “It’s okay,” he said. “It’s not like I thought it would be any good.”

Have I mentioned this toy sounds like a dental drill? A trusted former dental assistant source tells me it sounds just like a Kavo High Speed Handpiece. You also can’t turn the rotation off, which ends up not really mattering — neither of us can feel really feel it rotating when using it together. It just feels like being an overstuffed Thanksgiving turkey.

Partnered, my boyfriend and I had a slight bit more success when we went condomless and used oil-based lube. And I will say this — the SenseMotion remote works well in an intercourse situation. It’s much easier to tilt an object in my hand than it is to find and press buttons.

Yet it still hurt, he still couldn’t fucking budge (let alone thrust), and we were both struck by the ominous sensation that we weren’t actually fucking.

Seriously — he said, “it doesn’t feel like a vagina.” And his penis didn’t feel like a penis, and the contraption stopped him from being able to insert his entire length. The physical connection of sex was obliterated.

Once, I warmed up with some fairly large toys first,2 which made insertion easier — and thrusting slightly more achievable. My boyfriend was pain-free and almost didn’t want to murder me in my sleep, but there was still this sharp, unpleasant pain for me, and I couldn’t pinpoint where it was.

Life is too short for sex this bad.

If LELO could let go of the whole ENHANCE LOVEMAKING!!! SUDDENLY IMPROVED RELATIONSHIP!! INCREASE INTIMACY!!! bullshit, and instead make something like Ida but with a much bigger shaft and more power in the clitoral disc, marketed for solo play — they’d be onto something.

Instead, they have created a “couples'” toy that does the exact opposite of increase intimacy. The one bright spot is using Ida solo, which legit does feel nice, but that could never make up for how much it fucking sucks with a partner. If my mighty vagina and his average-sized penis can’t handle this thing, I highly doubt a housewife and hubby in Ohio can.

Want a toy to use during penetrative sex? Get Tor 2. Or better yet,
get Mona 2 and get creative. Not everything has to be hands-free.