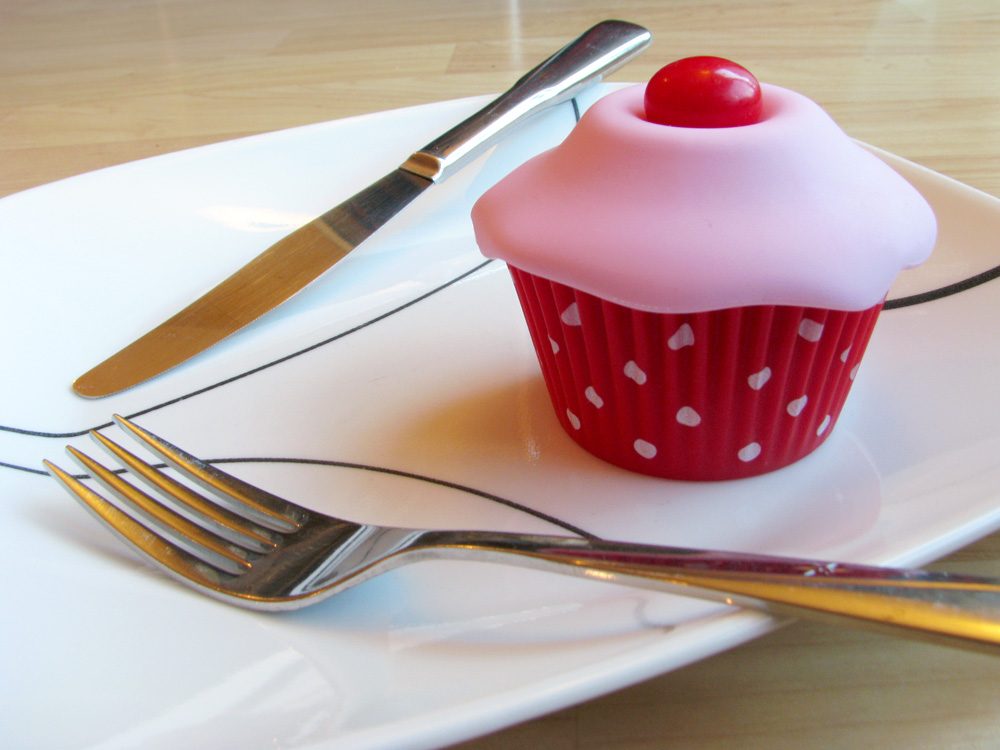 This sex toy is everything I hate. Cutesy. Twee. Pink. Girly. Symbolic. I want to chuck it into a river.

So why am I reviewing it? Oh, I have my reasons. Listen to Tommy with a candle burning and they will become clear. I’ll just say this: treat sex toy reviewers like garbage, and we’ll retaliate with a fucking brick wall of links. Like, we will ruin your Google reputation.

Not that the Cupcake needs any help. Its shitty icing and stupid cherry and buried vibrations speak for themselves.

Oh, how I wish I could regale you with stories of my highly unladylike orgasms, since the creator of this toy considers orgasms so explicit that they will “tarnish” her “brand image.” She has advised reviewers to “keep ALL reviews as cute, clean & classy as possible,” which apparently does not involve THE ACTUAL GODDAMN REASON MOST PEOPLE BUY A SEX TOY. Give that a think: Shiri Zinn, maker of sex toys, finds orgasms to be ugly, dirty, trashy, and detrimental to her “brand.”

But I can barely reach orgasm with this sugary $56 piece of shit, so I’ll have to settle for calling it a piece of shit.

Speaking of that, the Cupcake is an unconscionable vulva hog.

And according to a very reliable news source2, cupcakes aren’t cool anymore.

But mostly, don’t purchase sex toys from manufacturers who consider orgasms grotesque and want to censor sex toy reviewers. I don’t care if your BFF is a baker and their birthday is coming up. Get them some nice measuring spoons or something instead. $41 saved, no beats missed. And if they want a sex toy, get them one that doesn’t mock them at every turn — and actually gives them orgasms. Intense, mind-boggling, grunting, eye-bulging, gushing orgasms. As nature intended.

Suck on that, Shiri Zinn.