Um, No: BlissMe vibrators with… personalities

This company peddles sex toys with masculine stereotype “personalities” such as Mr. CEO. Because that’s what women want. 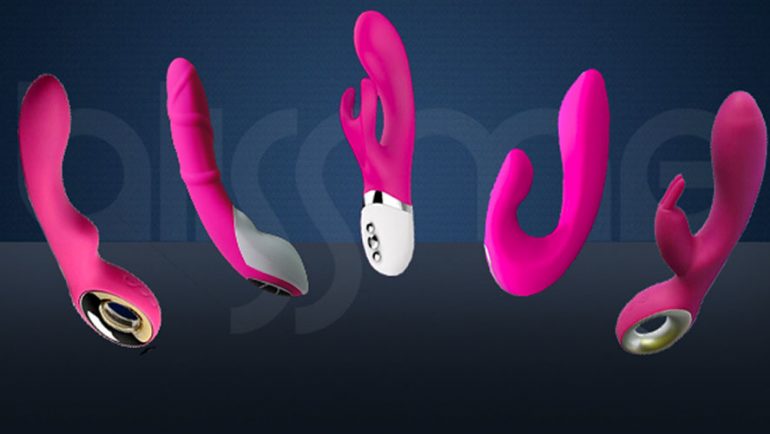 Whatever could be so offensive about vibrators that look this boring?

FORT LAUDERDALE, Fla. — BlissMe founder Daniel Mederos says his new sex toy business concept is a bit different from others because the company doesn’t just market a product, it provides a service as well.

“At BlissMe Vibrators we wanted to encompass the idea of infidelity being an option through our vibrators,” Mederos said. “So what we have created is a service where consumers buy our products and we provide them with an e-mail from our list of vibrators since each of our five vibrators have personalities.”

Yes, how did earth keep spinning before someone created sex toys named after masculine stereotypes that customers can use to “cheat” on their actual, human partners?

This fucking guy. You just know his condo reeks of cologne and shaving cream. You just know he had this “brilliant” idea one night after knocking back too many Irish Car Bombs with his colleagues, ranting about how women only love CEOs and dudes with accents. (Holy shit, is this the guy from the LELO Pino video?)

If there was a bingo card for douchebags launching sex toy companies, I’d be winning right now. Count how many assumptions this company makes. The first being that the only people who buy vibrators are women. Cis, hetero women. LONELY WOMEN. They love pink, because #women, and they’re incredibly shallow, because #women.

Rather than purchase a sex toy for its shape and how it would actually feel, BlissMe encourages you to pick a toy based on its “Mister” personality. All these guys sound like complete dicks:

Mr. C.E.O is not a man who has time for foreplay, he gets right to business and doesn’t mind asking you to strip for him so he can admire you.

[Mr. Right is] the kind of man who knows you’ve had some times you regret but doesn’t judge you for them, in fact, he never brings them up . . . There’s nothing that turns Mr. Right on more than hearing about your secrets.

Mr. U.K is a man full of funny and creative stories, some that sound too good to be true!

Mr. Badboy is a man who is protective of his woman and loves the fact that you may think he’s a bit mysterious and unpredictable.

[Mr. Cowboy] is widely known as a successful country musician but loves nothing more than to take you for a ride in his truck or getting on a 4-wheeler and going mudding.

Be careful, though, because your choice of “Mister” will impact the number and content of the “monthly juicy e-mails” sent to you. For example, Mr. CEO only sends one, and he has to clear his entire schedule for a day to write it, so YOU BETTER BE THANKFUL.

(Let’s not forget there’s an actual dude behind these emails, likely jacking off with lotion as he pens his masterpieces. I swear, I’m becoming gayer by the second.)

The website boasts that “BlissMe© Vibrators is the world’s leading designer brand for intimate lifestyle products. Launched in 2007, BlissMe© Vibrators is famous for transforming the look, feel and function of how personal massagers are perceived.” Um. The domain was registered a month ago, and literally all their social media accounts were created in the last 2 months. Claiming you’re famous and world-renowned does not make it so. You got drunk and registered a domain. You’re not saving the goddamn world.

AND OH LOOK, that entire statement was plagiarized from LELO.

Because yeah, BlissMe is not transforming how vibrators are perceived. At all. Its designs are undeniably derivative,1 and its marketing relies entirely on tired, bullshit myths. Sex toys are not people. Using them is not cheating. Women do not need heteronormative gimmicks to be wooed into buying things.

I love sex toys precisely because they aren’t people. They don’t have genders and they don’t have agendas. They’re an escape from idiot men and their stupid expectations. If I wanted to be badgered by disingenuous romanticism with absolutely no orgasm to show for it, I’d go to any bar in America. With sex toys, I get what I want, and I do it myself. And there’s no guy in the corner asking me to fucking strip for him first.

Sex toys getting me through the pandemic