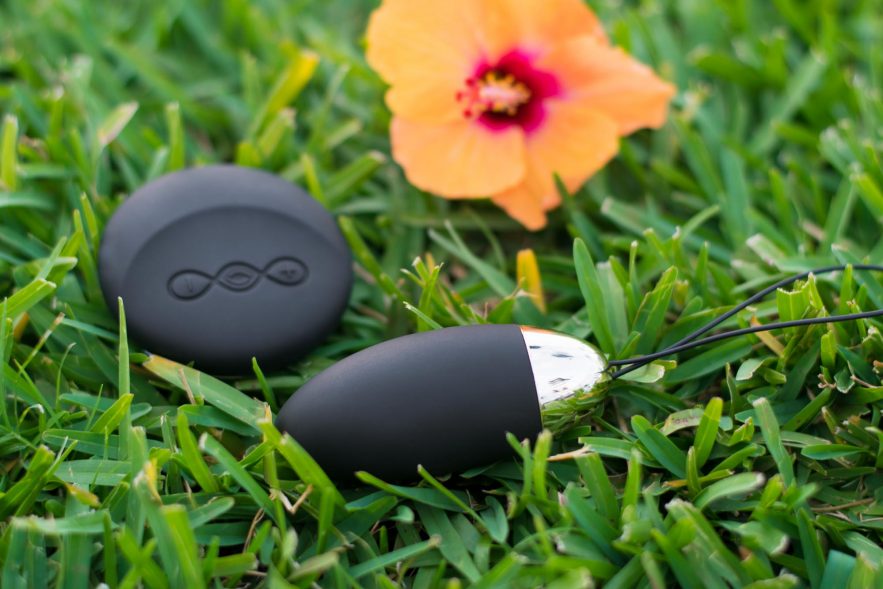 Soaring hope followed by crushing despair. That’s the LELO Lyla. The first ever rechargeable wireless egg, meant for insertion in the vagina and fun on the town (bars! concerts! wherever sexy people go!). Every single other wireless egg ever created has been a horrible failure. But in the capable hands of a high-end company like LELO — makers of the lovely Siri, Luna Beads, and Ella — I expected, at the very least, for it to work as intended.

Not for it to only work when the remote was pointed directly at my vulva like a goddamn TV remote.

On the upside, this bullet has a lovely shape. It’s thin, ergonomic, and slides into my vag easily. On the downside… everything else. Seriously, there are so many components and instructions to this toy that I get depressed just thinking about explaining them.

Lyla has a “new” technology that LELO is calling SenseMotion. Picture a Wii remote that, rather than controlling Sonic the Hedgehog, controls a vibrating bullet. Most of the SenseMotion modes are far too blatant to be used in public; my favorite one is where you have to shake the remote really hard, as if you’re angry with the world — which I often am when using this toy, so that’s easy.

I’ve done a bunch of tests all across the apartment with my boyfriend, and I always end up huffing and puffing, pissed off at how fickle this stupid toy is. Sometimes, with the egg inserted and the retrieval cord stationed at the front of my body, the egg will respond to the remote (delayed, of course) at a range of approximately 12 feet. But if things are not exactly perfect, like if I dare to sit down, the egg will stop vibrating completely.

At least with shitty wireless eggs, when you walked out of range with the remote, the egg would keep buzzing along, blissfully ignorant. This one just stops cold turkey.

When I put the Lyla in my underwear instead of in my vagina, it responds to the remote all the way across our apartment (30 feet or so). I can only conclude that my vaginal walls are thicker than physical walls, which is badass, but holy shit — did anyone at LELO put this in their vagina? Anyone?

I know what you’re thinking. “You don’t have to insert it, ‘Piph!” Yeah, yeah, but I wanted to insert it. I wanted it to be the first ever actually good wireless egg that I could recommend to people who email me. It’s no secret this thing is meant to be inserted: it has a retrieval cord and the manual encourages internal use.

Even if I wanted to play with the Lyla, you know what stops me every time? The prep. I have to charge the egg, find AAAs that aren’t dead, put the AAAs in the remote and deal with the stupid backplate/key (SUPER ANNOYING), then remember how the fuck to control the thing, and/or dig in my drawers to find the manual, and finally relay those instructions to my boyfriend. Sorry, but I’m just not willing to work that hard. As AAG wrote:

Oh yeah. Lyla costs $159. It should do what I say. But it doesn’t. SenseMotion may be fun the first couple times you play with it, but then the novelty wears off and you’re stuck with an unpredictable toy that causes headaches, not orgasms. I’m sorry, friends, but if you want a remote-controlled egg and you want it to be awesome, you’re still shit outta luck.

Because this is not even remotely good.

Update: LELO has updated their SenseMotion remotes, and the reception is vastly improved. Get the second-generation Lyla 2 at SheVibe, Peepshow Toys, or LELO.