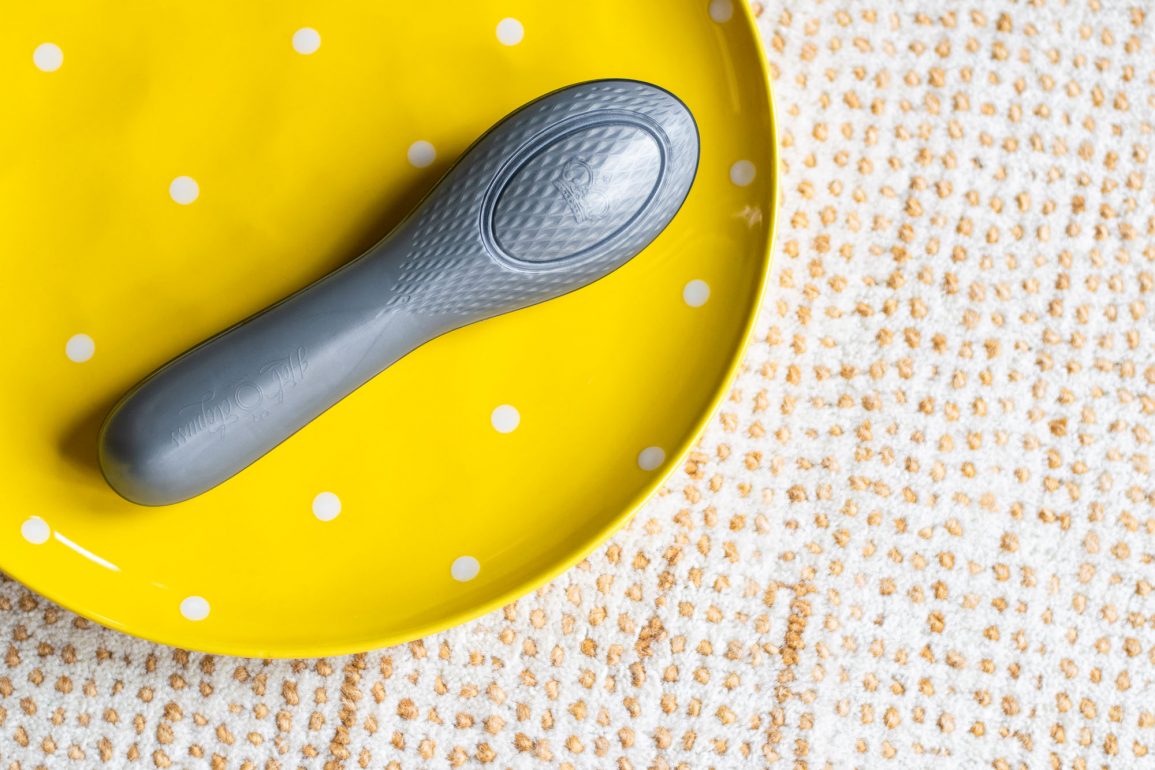 Me, writing: my fingers tingle with impending rage as I hover over the keyboard. I’m looking for a word. Like “disappointing” only meaner. Like “frustrating” but 100 times worse. Abhorrent? Heinous? Exasperating? Disgraceful? Language can’t fail me now, not when so much is at stake. Not when there’s still a possibility that some human on earth might buy the Queen Bee.

But there is no word in the English language that encapsulates the depth of my disappointment. There is only the story of how I got here — how my resentment grew with every abysmal orgasm I had to endure.

The Queen Bee is made of medical-grade thermoplastic elastomer (TPE), which is functionally non-porous and therefore body-safe. 1

It feels like hard plastic. The toy comes with a drawstring storage bag with cord fastener, and the packaging feels really cheap, so cheap I have to actually mention it. The USB charger has a subtle Hot Octopuss logo on it, and its light glows red while charging and green when complete — helpful touches. You might want to re-read that sentence with the knowledge that it is the nicest thing I will say about the Queen Bee in this entire review.

Then there’s the hideous noise this thing emits. It’s loud as sin and as jarring as that viral sheep video. I can tune out certain levels of buzz, but this is unconscionable, not to mention mood-ruining.

And that’s all before I even touch the thing to my genitals.

The size of the PulsePlate is the main cause of my strife. The oscillating technology is there, but it’s being channeled in the worst way imaginable, distributed through this humongous plate that focuses the sensation nowhere. I have to manually spread my labia and wedge it in there, sort of, and even then the vibration feels eerily distant. I’m forever moving it around my vulva, searching desperately for some precision, some edge. There’s none to be found.

It teases me so much it makes me mad.

So I’m always adjusting the Queen Bee, chasing fleeting blips of pleasure that immediately pass. It’s like that time I was stricken by norovirus: bed-ridden, plagued by a fever, tossing and turning and unable to find any comfortable position. Everything felt terrible because being alive felt terrible. Occasionally, after eating a single saltine cracker or taking a shit, I’d experience a brief reprieve. Then, 5 minutes later, the sickness would bubble up again, and I’d be back in bed curled up in the fetal position.

With the Queen Bee, orgasm no longer feels like a logical conclusion — it feels like a distant goal I must concentrate to accomplish. Then there’s that moment mid-orgasm when it fails to deliver adequate stimulation, robbing me of fully enjoying what I’ve worked so hard for. It’s like meticulously wrapping all your presents only to have them destroyed by your aunt’s overzealous dog. They’re still presents, and it’s still an orgasm, but now you’re upset and there’s dog slobber all over everything.

After a while I started using only the highest intensity. Why bother with anything else? There is no “warm up” with the Queen Bee. There is only constant, relentless struggle.

It’s been a while since I tried something this wholly aggravating. It’s honestly the kind of sex toy that makes me feel broken, like my clit is too buried or I’m doing something wrong. I’m self-assured enough to know that’s not true, but not everyone else is, and that’s what freaks me out.

The Queen Bee makes me instant message my partner post-orgasm (“dear lord I hate this toy!”) because somebody needs to feel my pain, now. It’s the kind of toy that makes me sprint to my WordPress dashboard to tag this review with “orgasm ruiner.” Once, after it botched yet another orgasm, I looked at the Queen Bee and muttered “I hate you.” Then I grabbed my Eroscillator so I could have an orgasm I could actually be proud of.

The Queen Bee is the saddest excuse for an Eroscillator competitor since the Synergy Pleasure System, which is incredible considering that’s a review from OVER 8 YEARS AGO about a toy that smelled like a dumpster fire, and even that vibe brought me more pleasure than the Queen Bee does. But if oscillation is what you seek, the Eroscillator remains the gold standard. And if you’re looking for broad stimulation, get the Magic Wand Rechargeable.