In a sea of one-dimensional vibrators, these stand out. They offer satisfying, rumbly vibrations on a budget. 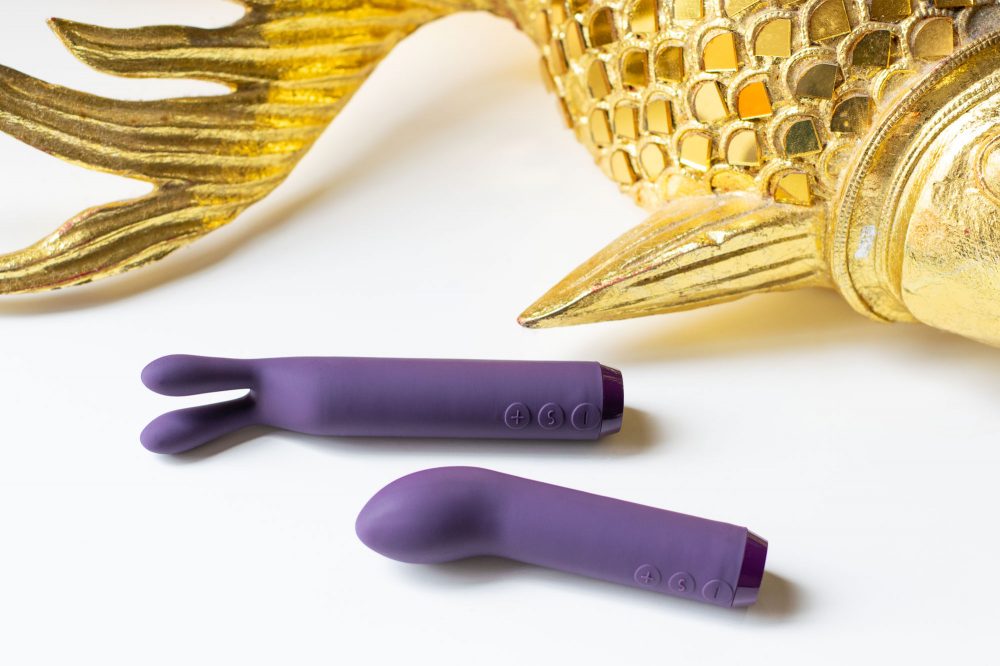 The Je Joue Bullets are not lookers, not at all. There’s a sense of utilitarianism about these vibrators — the buttons are basic raised bits, each charging port is covered by a silicone flap. Nothing’s shiny or bedazzled. The color is Je Joue’s signature sad purple, the saddest and stalest of the purples. (Although they recently came to their senses and unveiled sky blue versions, so I can finally sleep at night.)

There is very little that is outwardly impressive about these vibrators, but what makes them great cannot be seen by the naked eye. The price, yes, an attractive $59, but it’s more so the price in conjunction with the vibration quality. Because these are some rumbly mofos!

You may’ve felt vibrations before, but Je Joue’s are decidedly their own. I like to call them “fluttery” — it’s more of a tap-tap-tap sensation than smooth vibrations, sort of like it’s flirting with pulsation. But there’s no break in the vibration, so it doesn’t feel like the erratic patterns we all hate. Instead it produces a uniquely thrumming stimulation — and oof, I wish you could feel it through the internet.

These vibes come in small, understated boxes without a lot of excess packaging — my limited garbage space is thankful. Sadly, they don’t come with storage bags. To charge one, you raise the silicone flap on the base and plug in the micro USB cable. I’m told these toys are waterproof even with the flap open. Battery life seems average; I clocked 78 minutes on high.

The G-Spot Bullet — which, I must reiterate, is very misleadingly named — has a curved tip with a palpable amount of squish. It’s more plush than most bullet vibes, and I love how comfortable it makes the toy to use. Like the rest of the bullets, it has five steady vibration intensities and seven adjustable (yet still entirely useless to me) patterns. Its highest intensity is very similar to that of the Dame Kip and Pom, but the vibes are rumblier.

It’s a simple toy that works exactly as intended: it chugs along, sending a steady string of vibrations to my clit, bringing orgasm nearer and nearer.

The G-Spot Bullet is my favorite of the two, but it’s a close call, because the Rabbit Bullet is also lovely. Vibes with similar “rabbit ear” tips have rarely wowed me, whether that’s due to dissatisfying vibrations, glitchy motors, a shape that gravely misjudges the size of my clitoris, or the tips being attached to a worthless dual vibe. But the Rabbit Bullet doesn’t make such errors. Unlike others, its ears are proportionate to where they are meant to go: between my labia. I tuck both ears against the inner flesh of my labia majora, nestling them close to my clit, and that’s that. The sweet sweet vibration does the rest of the work. 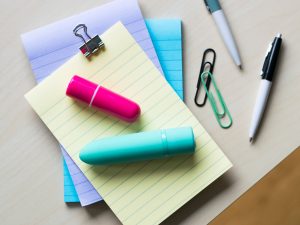 The Rabbit Bullet manages to give me that subtle surrounding sensation without feeling like I’m haphazardly poking at my clit. The petite size of the ears makes the stimulation deliciously pinpoint, and their flexibility allows me to group them together on the dominant side of my clit. The ears bend very easily, though, so this is not a toy for people who use a a lot (or even a moderate amount of) pressure.

In the process of testing the Je Joue Bullets, I kept getting dismayed when other toys, like the Je Joue Mimi and Fun Factory Volta, were more powerful, as if that fact alone would render all my positive feelings about the bullets null. But it’s not true that a vibrator is only good if it’s “better than ____.” And it’s not true that power is the only deciding factor. Sometimes it’s more about the range of settings, the timbre of the vibration, the shape, the size, the material, the noise, the cost, or whether you despise the color of the thing.

What you prioritize in a sex toy won’t be what I prioritize, because we live in a beautiful world of infinite variety, and I live in a world of infinite sex toys. So it’s easy for me to say I’d pick the Volta over the Rabbit Bullet, but the Volta is much bigger and costs $80 more. There are always trade-offs. I prefer the softer, slightly broader tip of the G-Spot Bullet over the We-Vibe Tango X’s blunt plastic, for example, and the G-Spot Bullet’s shape satisfies my clit better than the egg-like LELO Siri 2 — though the Siri 2 is more powerful.

Mostly, my heart swells with excitement thinking about how the Je Joue Bullets could introduce folks to truly rumbly vibrations. This is the gateway drug. This is rumbly on a budget, rumbly without pretense, in several shapes to suit different tastes. Basically, my dream come true as a sex toy adviser. In a sea of one-dimensional vibrators, the Je Joue Bullets stand out. These are some of the good ones.