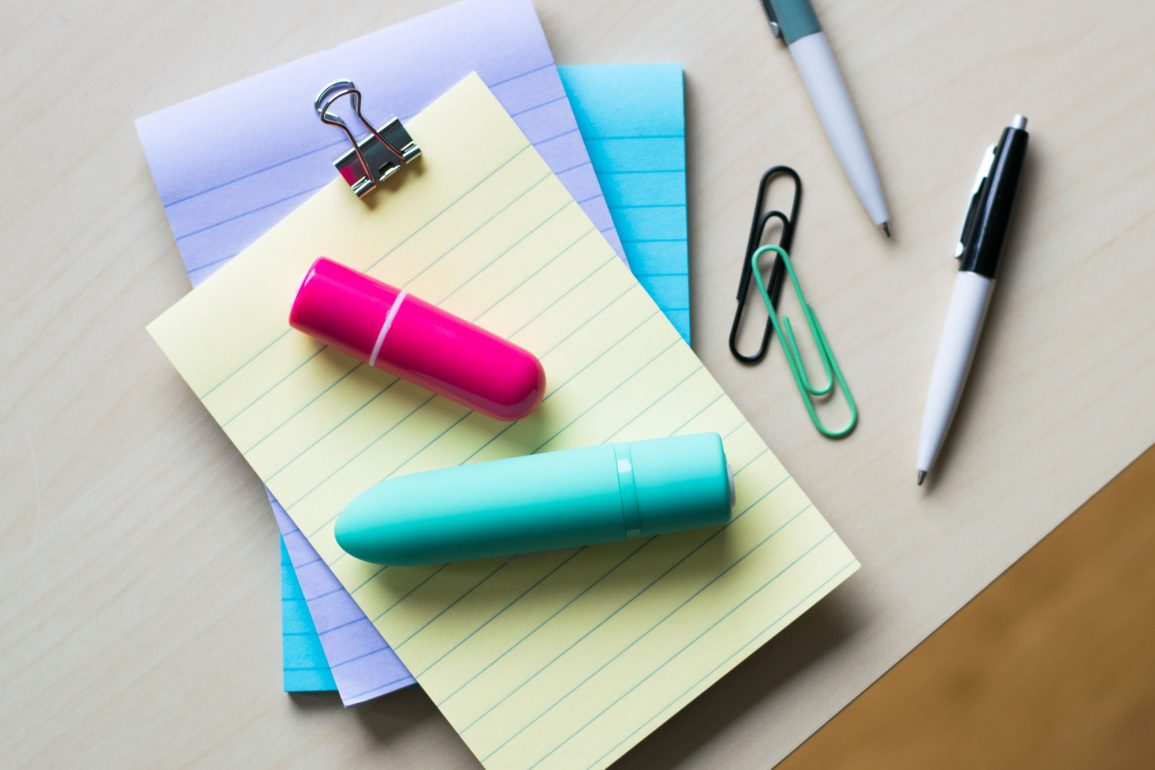 All of this is to say, I’ve never willingly tried any Screaming O products until now. But they’ve also never made rechargeable toys until now. The times they are a-changin’, and now even pussy snorkel peddlers are dabbling in luxury toy-making. Wonderful.

These vibrators are the Positive and Vooom, from Screaming O’s new Charged line. Both are waterproof, made of ABS plastic, USB rechargeable via stabby pin jack, and come with 2-year warranties. They come in four colors each, with 3 steady vibration settings and a variety of meaningless patterns. (Once again: I don’t want patterns that have breaks in vibration. Sincerely, A Broken Record.) They do not come with storage bags, if for some reason that’s a deal-breaker for you.1

The Positive and Vooom are quite clearly Screaming O’s retort to the much-loved We-Vibe Tango, and I have no qualms about that. The Tango needs more competitors, and we need more options to recommend to people, especially cheaper ones. The Tango retails for $80, while the Positive is $60 and the Vooom is only $40. Price isn’t everything, but it’s something.

Sadly, the Vooom gets progressively buzzier as you ramp up the intensity — a common issue with many vibrators, yet not with the We-Vibe Tango. The Tango is somehow immune to this, the exception to the rule, which is why it’s generally regarded as one of the greatest rechargeable bullets out there. It’s rumbly through and through.

Where the buzzy/rumbly contrast is most noticeable is in my body’s response. If I switch from Vooom on high to Tango on low, technically Tango is “weaker,” but its rumbly nature is immediately more agreeable to my clit. My clit perks up, longing for orgasm, becoming an active participant in the process. Using a buzzier vibe, my arousal level is more stagnant, less dynamic, and the masturbatory experience is just not as fun.

This issue is magnified exponentially in the Charged Positive. It’s larger (3.75″ long, 1″ in diameter), its motor is much much more powerful, and IT WANTS YOU TO KNOW THIS. The moment you turn it on, on setting numero uno, there will be no denying its capacity to get you off… and it has the noise level to match.

The Positive is not purely buzzy — there’s an underlying element of rumble to it — but it’s mostly buzzy. And strong. Did I mention that? Its higher settings are so concentrated and so severe, they make my entire vulva flush hot. They force an orgasm out of me, giving my genitals little choice in the matter. It’s as if the vibration has been filed to a point. It’s overkill.

So while this toy is technically more powerful than most of my favorite vibrators, including the Tango, don’t get all excited. Heed the distinction between power and vibration type. Sheer power does not inherently equal “good”… not for me, anyway.

The Positive also comes with a hard plastic finger holster that doubles as a charging stand. There’s a reason I haven’t mentioned it until now: it doesn’t really make holding the toy any easier. Using it, the base of the vibe jabs into my palm and actually makes positioning the toy more awkward. And one time I went to turn the toy off and accidentally pushed it completely out of the holster and onto the floor where it rolled around and picked up cat hair. So, yeah. Nice idea, might work for some people, but I’d rather just hold the toy.

I imagine the venn diagram of people who like each of these vibrators barely overlaps in the middle, and then there’s a sizable circle of folks who wouldn’t like either of them. If you can swing it, the We-Vibe Tango is superior to both, but for half the price, the Vooom is worth considering if you’re cool with milder vibrations — and especially if you’re into the versatility of its size.3

Should you get the Positive? I vote no, but that’s my pulverized clit talking…