With plush silicone and two motors, Wish was poised to impress. But a lack of steady vibration settings ruined this toy — and my orgasms. 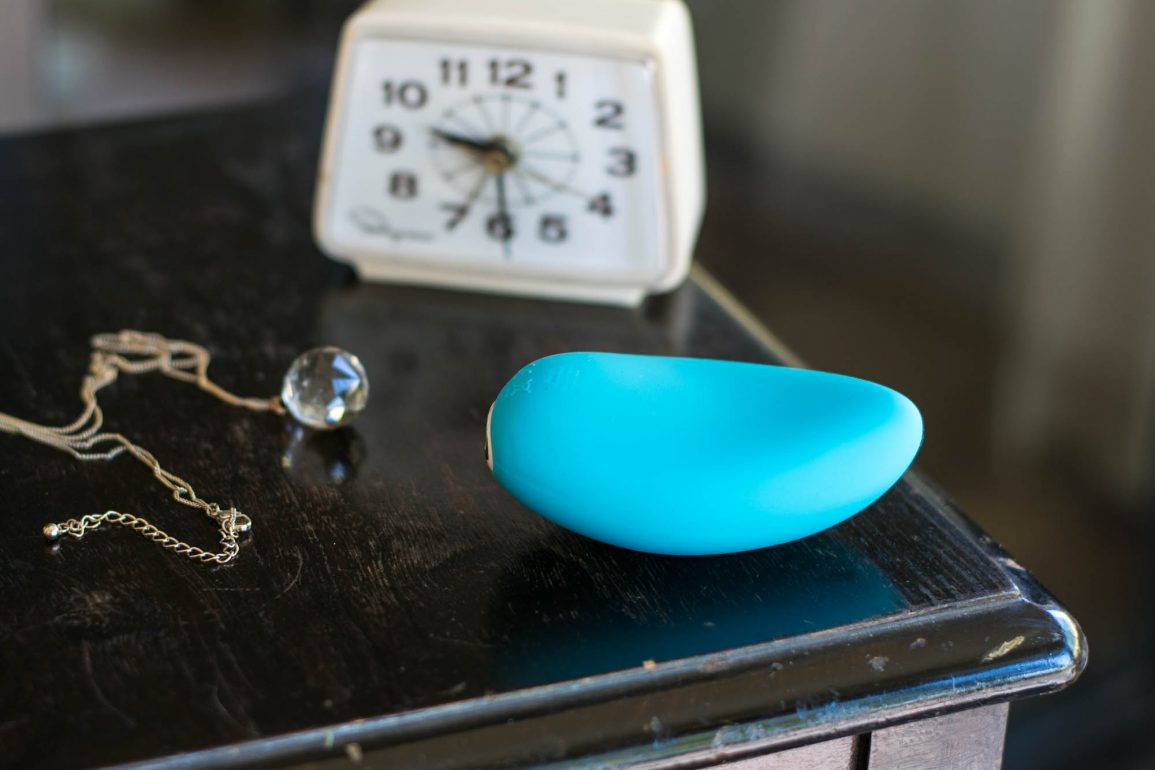 There’s a common piece of sex advice, an old sex educator adage usually aimed at people wanting to please vulvas: “consistency is key, especially when someone is nearing orgasm. If your partner implores you not to stop, DEAR GOD DO NOT CHANGE WHAT YOU’RE DOING. NOW IS NOT THE TIME.”

You never want your partner to be that guy. But the We-Vibe Wish is that guy. The Wish is the guy who thinks this advice doesn’t apply to him, because he has this one technique that the ladies go wild for, that gives them screaming orgasms 100% of the time, and you just don’t know how good it could be unless he bestows his gifts upon you. You like two fingers so much, he reasons, just wait ’til I use three.

But three is where it all goes to shit.

My excitement deflated, however, when I realized that in lieu of steady vibration settings, the Wish has three “PowerPulse” (™, always ™, forever ™) intensities. As the name suggests, these settings feel more like pulsation patterns. We-Vibe is billing this as a feature, of course — they gave it a registered trademark name after all — but if you ask me, it’s a bug.

Or, well, maybe it’s more than a bug, because it basically ruined the entire toy for me.

PowerPulse feels like a fast pulsation interrupted by brief, beautiful moments of steady vibration, and then out of nowhere, with seemingly no trigger, an off-kilter back-and-forth glitch kicks in. The two motors are powerful, for sure, but it’s as if the vibration is quickly leaping between them willy-nilly. It reminds of me a washing machine when the load gets uneven. Erratic, unpredictable, and distressing. A weird pulse punctuated by bullshit.

It’s the kind of annoying tease you expect from a Tinder date, not a sex toy.

This is the curse of dual motors, and it’s a phenomenon I’ve experienced before. It’s just how two motors interact with each other, I’ve been told. They periodically go haywire. On a technical level, I don’t know why it happens, though I’m sure some dude will happily over-explain the mechanics of it in the comments section of this review. But zip it, bro, because I don’t need the details to know that I hate it. My clit prefers prefers steady, consistent vibration. Always has.

The exasperation is almost painful.

Proving my point — with a poll

And if this toy makes me, a seasoned sex toy veteran, feel defective, what kind of havoc can it wreak on the average consumer? I fear it. I’ve long hypothesized that most people don’t care about vibration patterns clitorally, but now… now I have evidence. Because I took a motherfucking poll.

With over 400 responses, I think it’s safe to say that 86% of people consider steady vibration more important than patterns clitorally. Some respondents use patterns for warm-up, teasing, and avoiding numbness, but the vast majority of people “hate them with a passion,” “despise them,” and find them “annoying,” “distracting,” “pointless,” and “a waste of time.” Respondents complained that patterns fail to follow the dynamic process of arousal, causing frustration and disrupted orgasms.

One person inadvertently corroborated my characterization of vibration patterns as a clueless bro:

My favorite answer, though? “It is a sin for women to orgasm without the intention of procreation.”

I’m not arguing against the inclusion of vibration patterns in toys — variety is good and useful — but there’s no shortage of patterns in the world. The Wish has seven of them, for god’s sake, with the potential for programming your own. “I wish vibes would focus on more than 4 intensities,” wrote one respondent, “instead of a handful of patterns I wouldn’t even pulse iced coffee with.”

There is one steady setting built into the Wish, but it’s not even mentioned in the manual and you have to click the button TEN TIMES to get there, and when you do it’s disappointingly buzzy and one-dimensional. There’s also a way to hack a variable steady setting into the Wish, if you create a custom vibration pattern in the app and literally draw a straight line across the screen with your finger. It gives me a glimpse into what this toy would be like without its PowerPulse insistence, but… the picture isn’t great. Adjustable intensity is helpful, but on its own the single motor is unimpressive.

For kids these days whose phones are seemingly glued to their hands (YEP, I WENT THERE), this may not be a downside. But I’m old-fashioned and I like having the controls built into the toy itself. It means I can access settings one-handed and quickly. It means if my phone isn’t charged it’s no big deal. It means I won’t slather my phone with vag juice and lube. Given the choice between hacking a steady setting into my vibe which can only be adjusted with my phone vs. not using that toy at all, I choose not using the toy at all.