Shops that need support most during COVID: brick and mortars such as Early to Bed, She Bop, and Smitten Kitten! More info
Adventures in SquirtingAnyway How's Your Sex Life?Banter
November 15, 2009 8 2 min read 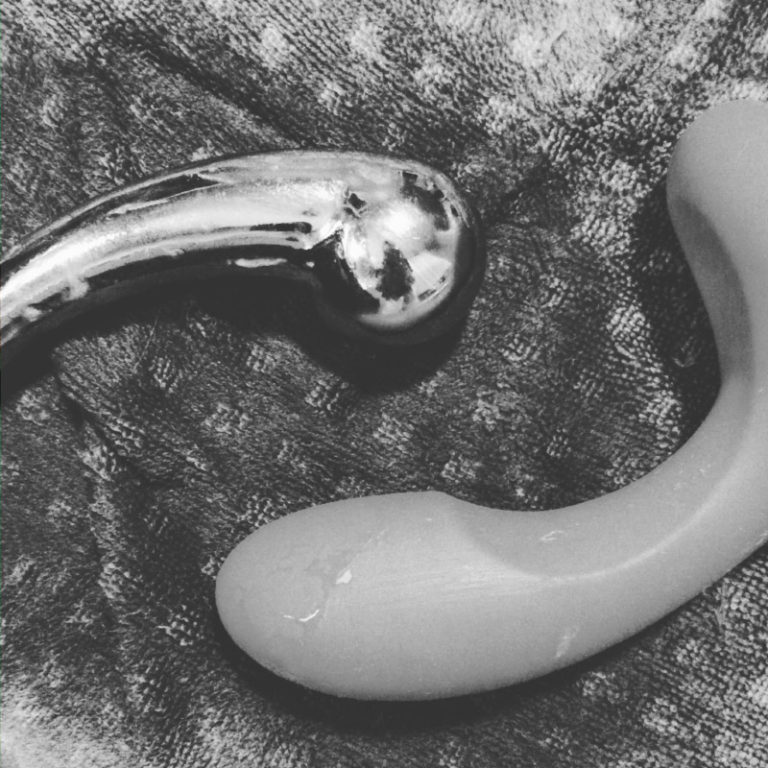 I have discovered it: orgasmic utopia. It first happened on October 5th; I wrote, “I have discovered the dual, synchronized orgasm. G-spot and clitoral at the same time. Life will never be the same.”

I can’t think of a fancy name for it, and dual is just what it is. Annie Sprinkle calls it a “combination-gasm.” One of my Twitter followers offered, “I’d call it a miracle!” It’s also been called a “blended orgasm,” which — while I do like smoothies — was ruined forever for me when I read this article from Cosmopolitan (actual sentence: “Plus, men love it when a woman really loses herself in lust”).

I thought about it, though, and it doesn’t really feel blended to me. It feels, well, like all the delights of a G-spot orgasm and all the delights of a clitoral orgasm happening at the same time. An orgasmfest. A conglomeration. But for the sake of making sense, I’m going to call it a dual orgasm. Suck it, Cosmo.

This type of orgasm has been unavailable to me in the past for one primary reason: my G-spot requires very intense, extended stimulation before it will bestow upon me an orgasm (usually with ejaculation involved). In the past, every G-spot toy I used required me to thrust crazily — and I mean crazily — to get this result. So usually I would do that, ejaculate, breathe, then start stimulating my clit to induce a second orgasm.

But it’s not easy, and it involves restraint and attentiveness. I have to monitor the orgasm status of both my vagina and my clit, then sync them up. It’s not something I want to deal with every time I jack off. That would be too tiring anyway.

But when I do want to take on the challenge, succeeding makes me feel kinda like I just conquered the world. The world of orgasms. And that’s pretty good for a girl who only learned to squirt a year ago, eh?