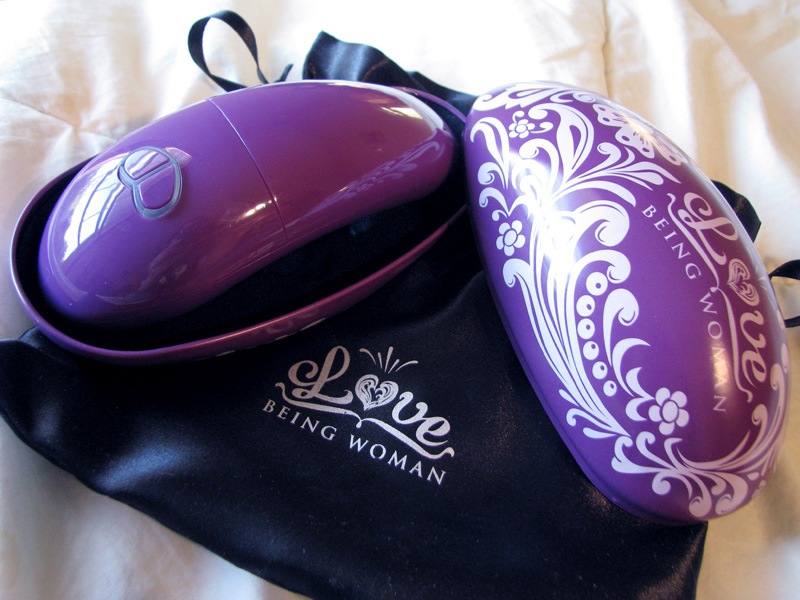 It’s not every day you receive a postcard along with a sex toy. Along with a packet of materials explaining and promoting the toy itself, my package included a postcard of a panoramic photo of Thirroul, NSW Australia. On the back was written, “we thought we’d send you a postcard of where the Be Be was born. Enjoy!” My package also included a bookmark, which pointedly asked, “Do you really feel like reading?”

My clit is picky. My favorite clitoral stimulator has a semi-pointy tip, so that should tell you a lot — I’m all about the pinpoint stimulation. Unfortunately, the Be Be’s shape is not made for this type of stimulation. Holding its head (the button end) on my clit feels nice, but I quickly turn the Be Be all the way up, wanting more. The highest vibration level is pretty middle-of-the-road: not too weak, not too strong.  Even on this level, the Be Be is impressively quiet, but it rattles when I press it too hard into my clit — which is my instinct, since I want stronger vibrations. The highest vibration level could get me off if I really concentrated, but I’m not sure I would want it to.

I also found the Be Be’s shape slightly too long for me, though not altogether uncomfortable to hold.