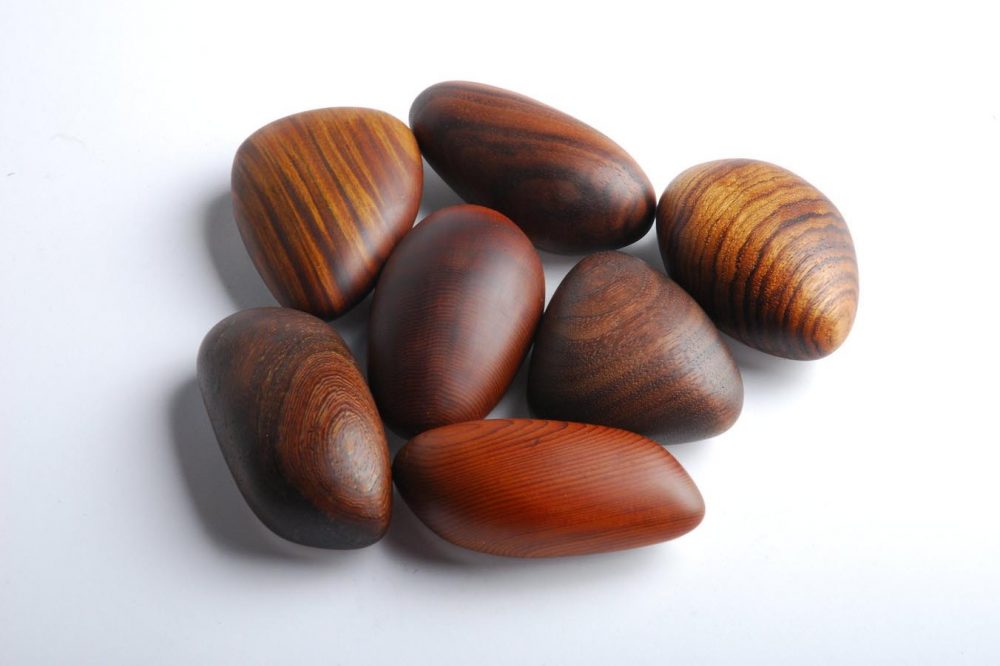 It’s probably unfair for me to feature a sex toy line that doesn’t even exist, but seriously, these are the definition of beautiful.

Woodvibes were concocted by an industrial designer named Jonas Lönborg, for his master’s project at The Danish Design School. As such, they are only very, very alluring prototypes. Jonas’s aim was this:

I wanted to create something that could be used by both sexes, instead of following the ‘classic’ male/female patterns of use. I also wanted to create something that was beautiful, but ‘un-sexy’ enough that you could have them displayed in your living room if you wanted to. The ‘stones’ are charged via induction while in the box/plate, but when you pick them up they come alive in your hand. Each stone vibrates in its own pattern.

Androgynous wooden vibrators. Dreamy sigh. Anyone up for a trip to Denmark to steal the prototypes? The status on this project is listed thusly: “prototypes done, technology matured, looking for production/investor.”