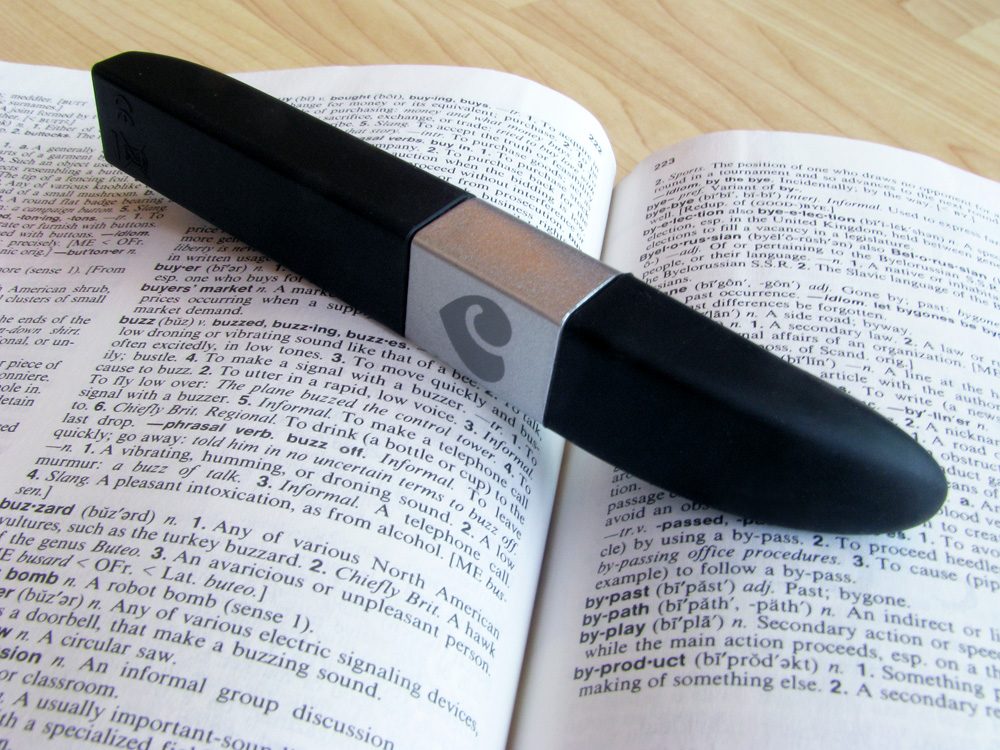 The year is 2013 AD. Yet, eyes closed and knowing nothing, I could swear that the Lovehoney Flash is a tiny gourd stuffed with bees from 54 BC.

Sex toy reviewers often make the distinction between “buzzy” and “rumbly” vibrations. It’s something you learn with time, as your clitoris becomes grizzled and your tolerance for bullshit wanes. Rumbly vibrations are deep and penetrating, stimulating and glorious; buzzy vibrations will numb you and/or bore you to death.

Buzzy vibrations can work for the clitoris in a pinch (like if they’re extremely powerful and surface-level), but it’s the rumbly ones you really want, if you want any hope of stimulating the rest of the clitoris that’s chilling inside of you. You know, 95% it.1

I imagine someone developing a self-satisfied sneer thanks to this toy. And it makes my soul hurt.

That goes the other way, too. The positive reviews of this thing represent a fundamental misunderstanding about what vibrators today are actually capable of. In someone’s small universe, the Flash might be considered “strong,” but take it from the chick who has experienced over 100 vibrators: no. It’s an illusion.

The Flash has three speeds and several patterns. There is a break in vibration when I switch between modes. The buzzing noise gets louder when I press it against my body in a certain way. The toy pulls apart to charge via USB, but the charging light is so faint it’s imperceptible.

With a price tag of $40, so you might be tempted to get the Flash instead of the also-USB-rechargeable LELO Mia. Please don’t. Get the LELO Mia or We-Vibe Tango if you want the same shape but actual stimulation. Honestly, though, I’ll bet a cheap silver bullet is rumblier. Since just about everything else is rumblier.

Suspiciously, the Flash suffers from a lot of the same issues that my previous Lovehoney brand toy did. It’s buzzy as fuck. It tries to top a popular toy and fails. And most egregious: it can make me come, but without any of the joy during build-up that I am entitled to in this world. That, alone, is a crime. We deserve orgasms that shake our entire clitorises, people. Never settle for less.

See the Lovehoney Flash in action in the video here.