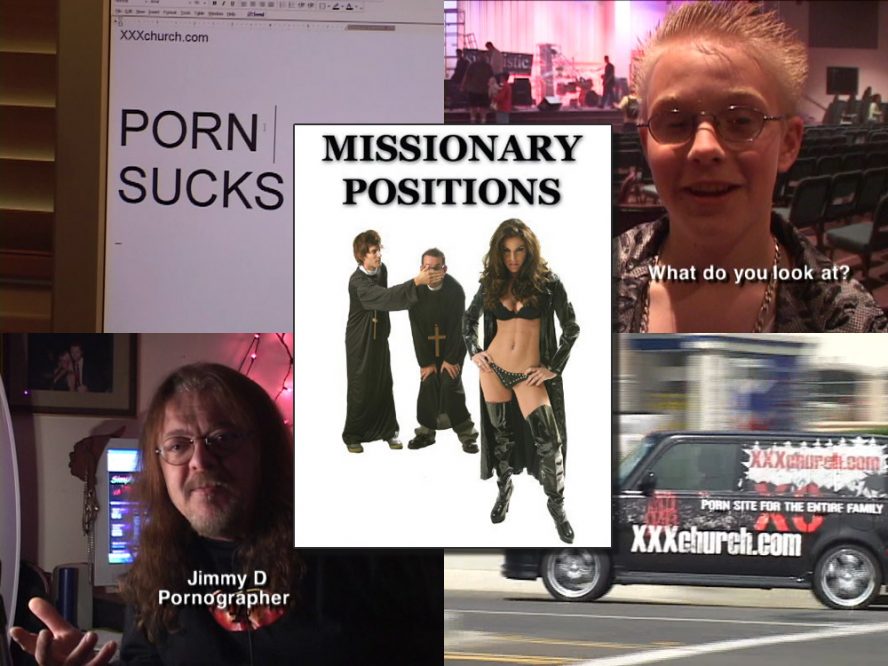 The idea for the enterprise came to Mike while he was in the shower — a story he likes to tell time and again as though it isn’t the most skeezy basis for an anti-porn ministry ever. And I quote:

It was at this point they realized that they’d have to somehow fill the site with content. And the brainstorming began.

After coming to that profound conclusion, they Googled “anti-porn” and copy-pasted lists of statistics off anti-porn websites and onto theirs. SEEMS LEGIT.

Of course, this results in convention attendants groping the bunny. CUE THE SAD SAX MUSIC.

Then somehow, they talk a craggy rich guy into giving them $50,000 (probably because their pitch involves little more than the sentence “we’re a new ministry attacking an issue that nobody wants to address”), which they proceed to spend on billboards, computer software that sends your entire browsing history to an “accountability partner” every 14 days, a misspelled banner flown over a beach,

They have a really badass ride.