The amazing things that happened at CatalystCon 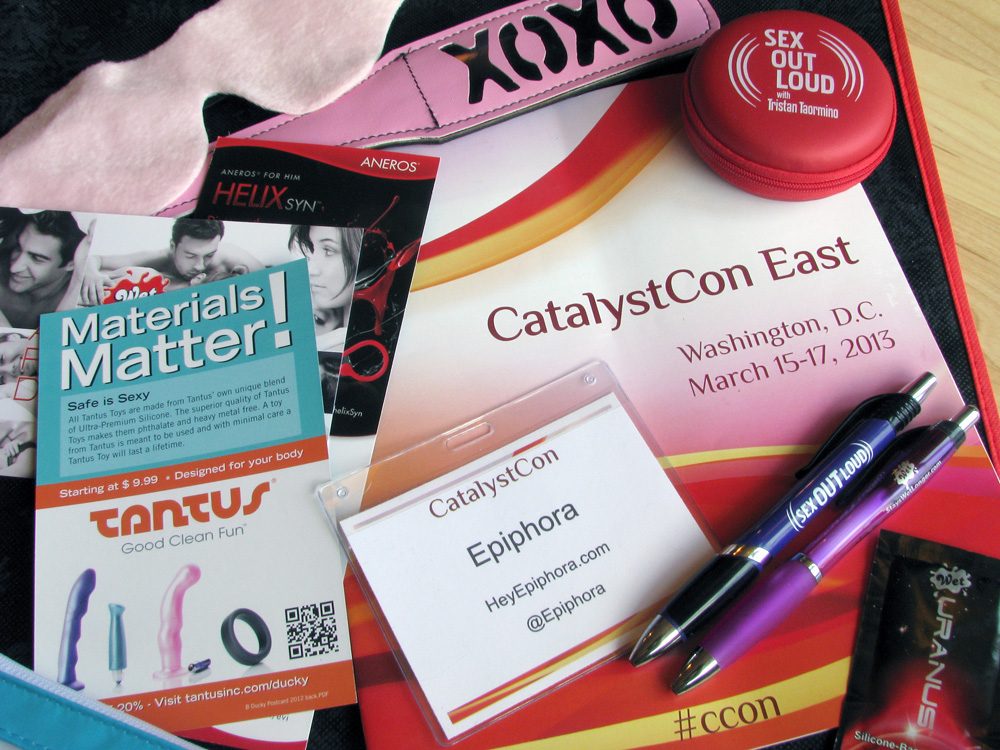 IT’S ALREADY OVER. Who’s surprised, though, really? Catalyst was bound to go by in the blink of an eye. Even staying up late, as per usual for me, did not remedy this unfortunate fact of life.

It probably goes without saying that I had an epic time, but as I adjust back to my default life, there’s this weird sensation that the whole weekend almost didn’t happen. Which is why I must preserve it, if even in a scattered blog post.

The hotel was, overall, pretty great. The bed was SUPER comfortable (two styles of pillow to choose from), the window was huge and made me feel like Doctor Eggman, the body products smelled good (orange ginger, how did you know?!) and the bar had some swanky areas to hang out in. Some of the conference rooms were ungodly cold, though, and I had to pay for internet in my room. WHY AM I REVIEWING THE HOTEL. I’m insatiable!

Rather than write something actually cohesive or exhaustive, I’m going to preserve my sanity and present you with a list of some of the amazing, hilarious, and heartwarming things that happened to me during Catalyst. I jotted a lot of it down during my return flight so I wouldn’t forget, because it’s all the little moments that made the experience so wonderful.

I’m sure others will write about the incredible sessions that took place, because they were incredible (I have SO MANY notes), and I’m still updating my Cataslyst highlight tweets list, but what really sealed the deal for me was all the interactions with people. There were times, sure, when I felt like just a lowly sex blogger. I am not sure if I identify with the “sex educator” label like others do, simply because it feels like a lot of responsibility. But the sentiment of so many presenters — that all of us matter, that we all have something to contribute to the world — is the best takeaway.

It’s possible that I should’ve done this years ago. Very possible. But I also feel that this was the right moment. Years ago, I didn’t have this confidence, this sense that what I’m doing is worthwhile. Now I do, and Catalyst only strengthened those beliefs. It does feel a bit like a turning point — taking what’s been, for so long, something that mostly only existed on the internet, and transferring it into the world. And now, I really think I’m hooked.