The clitoris: still the center of my universe

Or: why G-spot stimulation is not the pinnacle of pleasure. 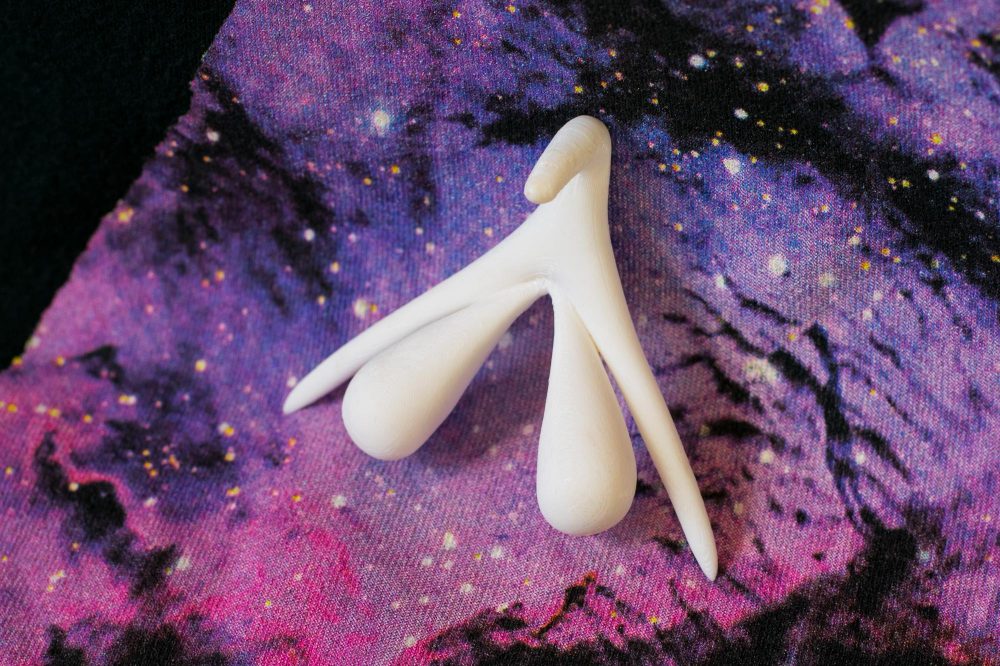 Hi, my name’s Epiphora, and I almost always need clitoral stimulation to have an orgasm.

I thought this was common knowledge, clueless as that may sound. I mean, I write about my genitals on the internet every day of my life — obviously people must know this about me? But something happened the other day that made me realize that may not be true. That perhaps I haven’t been explicit enough about the types of stimulation I like and how, logistically, that plays out in my sex toy testing.

As a sex educator, I know that sometimes the right answer is the most obvious one. So, first things first, I asked: “were you using a clitoral toy?”

I may not be the most tactful of people, but I do know my facts. It’s extremely common for people with vaginas to be unable to orgasm from internal stimulation alone. Study after study has shown this. I’m not an unusual case, nor is that blogger. But our interaction made me consider that in my fervor to defend the oft-misrepresented G-spot here on this blog, I may have inadvertently glossed over my biggest source of sexual pleasure: my clitoris.

My clit was my first love. First, I got off with a stream of water in the bathtub, then I graduated to circling a closed Sharpie around my clit through my underwear. Vibrators were a welcome change, especially since inserting anything vaginally hurt. I didn’t start enjoying penetration regularly until about age 23, and there’s no doubt that clitoral stimulation — gratifying and dependable — helped me get to that place.

The more I learned about the clitoris, the more I realized how phenomenal this organ is. It has 8,000 nerve endings, reportedly twice the amount as the penis. It means “key” in Greek. It serves no purpose except pleasure, like a badass. Most exciting of all: it’s a lot bigger than most people think. It extends into the body several inches, resembling a wishbone, with two bulbs that engorge and surround the vaginal canal during arousal.

Sometimes, as a sex blogger, it can feel like the world expects you to be a sexual anomaly. It is your destiny to have all the sex, to find all the ways to experience pleasure, to be a comprehensive slut. Have you tried that toy in your ass? Against your nipples? How is it for cervix stimulation? Can it reach the A-spot? Listen: at the end of the day my clitoris is far, far more necessary to my sexual well-being than any of those. My clit is where I stir arousal. My clit is where everything begins — and, usually, ends.

But what happens between is more murky.

When it comes to the art of sex toy reviewing, some people assume that each toy is tested all by itself, with no interference, as if in a vacuum chamber. I have never done this. I mix and match my toys freely during masturbation. More often than not, I’m testing two toys at once, because the clit stimulation enhances the internal stimulation, and vice versa. It’s a symbiosis that brings out the best in the toys I’m using and produces multi-faceted pleasure. I crave fullness from an insertable, which I usually squeeze with my muscles to enhance the G-spot feelings, but ultimately the sensation is driven by what’s happening to my clit.

When I learned that most of the clitoris lies inside the body, I thought, holy shit, that makes so much sense. The world is fixated on separating the clit and G-spot, trying to convince us that the G-spot is this separate entity with its own completely discrete response. While that can be true, it’s far more accurate to treat the clitoris and G-spot as at least somewhat linked. That’s why I think studying and considering the entire CUV complex is the future.