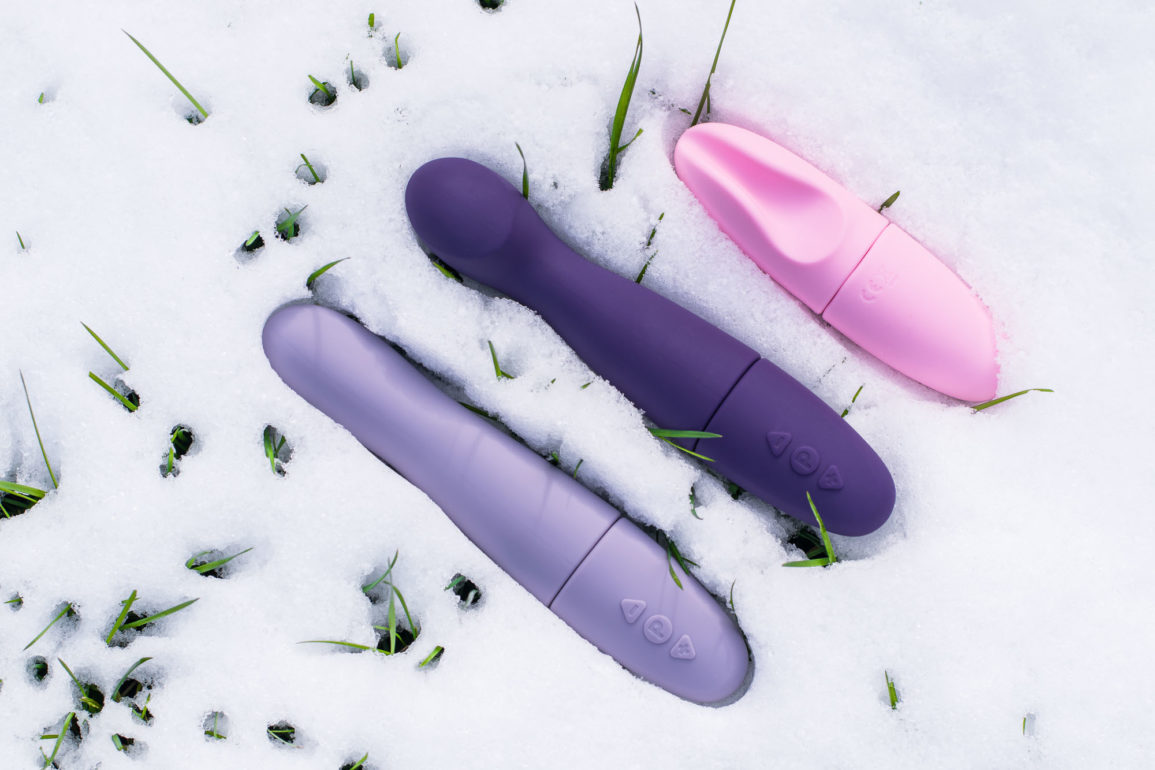 Blink and you might pass right over them. They’re not terribly attractive, not revolutionary in function, not aggressively marketed. These vibrators have no celebrity endorsement or PR campaign behind them, and I’d bet serious money they’ve never been mentioned in any mainstream magazine. You can judge a lot about a sex toy without holding it in your hands, but there’s one thing you can’t predict, and it’s the thing that matters most: vibration quality. This is where the Smooth Operators pleasantly surprised me.

The Toyfriend Smooth Operators — Snazzy, Choosy, and Classy — are made by a company named Tickler, and again, you could be forgiven for not knowing they even exist. The Swedish brand tends to lay pretty low within the sex toy industry, mostly producing cutesy (and occasionally useless) battery-operated vibrators, barely making a peep on social media. They seem, dare I say, willing to let the toys speak for themselves…?!

The Smooth Operators are the company’s leap into rechargeables. The pink one’s named Snazzy, the purple G-spotty one is called Choosy, and the generically-shaped one is… Classy. Which, uhhh, I call bullshit on such an unimaginative design being somehow chic or stylish. It’s just a rod! My vag has refined taste, and this is the most boring shape I could imagine introducing to it. Not to mention the color — let’s call it “Mauve That Has Given Up” — and the weird elitist implications of the word “classy.” Can we not? Petition to rename this toy “Snobby.” Thank you and goodnight.

Of course, the Smooth Operators have better motors than battery-operated toys. That’s why you’d buy them. But at that higher price point, you may prefer a design that invites pleasure rather than boredom, and that’s where the Choosy and Snazzy come in.

Choosy follows a predictable formula with its design: a hooked, flat tip popularized by the LELO Gigi. I’d bemoan the lack of creativity — if the shape didn’t hit my G-spot like a motherfucker. I’m sorry. It’s just so good. That kind of curve primes my G-spot so thoroughly that even just squeezing it during orgasm can make me squirt. No thrusting necessary; no vibration necessary.

In fact, my biggest qualm with the Choosy is its lack of lower vibration settings. This toy has two motors (as does the Classy) and the deep, rumbly tone of the vibration is awesome. But if I’m gonna pair this toy with a clit vibe — which I am — I can’t have the internal vibration drowning out the clit sensations. Choosy has this cool, surging pattern that I like a lot, but I’m not inclined to turn it on unless I have a powerful external vibe in play.

My previous “better than the Gigi” recommendation was the PicoBong Moka, which remains a solid mid-range vibe and does have benefits over the Choosy: more subtle vibration settings and a much lower price tag ($65). However, the location of its buttons is maddening, the cap has a nasty habit of popping off during use, and the vibrations are significantly more one-dimensional than Choosy’s.

Clitorally, Choosy is a decent option but not my favorite. The blunt tip is a smidge wide for my preference, and its vibrations, which feel so intense internally, don’t translate the same way externally. Perhaps the vibration doesn’t travel all the way to the tip? I spent hours trying to crack the puzzle. Resulting data: the Mona 2, and Rave are both buzzier than the Choosy, but stronger. The SenseVibe is both more powerful and very rumbly. All of ’em are better for my clit than Choosy.

This is fine, though, because there’s another Smooth Operator that rules at clit stim: Snazzy.

The best one of all: Snazzy

Another rad thing about the Snazzy is that although it looks like positioning would be an issue, it really isn’t. Any way I hold it against my clit feels good — a stark difference from ubiquitous two-pronged toys like the Form 2 and Gala, which always feel a little mechanical and awkward to me. It surrounds my clit more naturally than those, like it’s giving my genitals a hug — the comforting, enveloping kind, not the stiff emotionless kind. The labia-like ridges create a more nuanced sensation than you’d get with a smooth toy, offering structure without feeling foreign. It’s a subtlety I really appreciate.

Plus, the divot functions as a perfect lube receptacle, so it doesn’t slide off before arrival at genitals!

Tickler made a few quizzical choices in designing these vibrators. For instance, if I’m using the vulva side of the Snazzy, the buttons are located on the opposite side of the toy. This is because the Smooth Operators all unscrew in the middle, and you plug a USB charger into one end to charge them. Supposedly, they’re fully submersible in water — according to the manual, “the product is only waterproof when screwed together.” I haven’t had issues,1 although water and vag gunk does get trapped inside the crevasses… but you can just unscrew it to clean it out, I guess? In any case, these are not as surefire waterproof as toys that charge magnetically or inductively.

Some choices were good ones, though. The Smooth Operators come in cute tube packaging (similar to Minna’s) with drawstring storage bags that are actually perfect: grey and velvety, appropriately sized per vibe, with no company info on them. The controls on the toys are logical and distinguishable, and the buttons click very very satisfyingly. They’re even well-priced, at $119 for the insertables and $99 for the Snazzy.

Snazzy is the far-and-away winner of the three, not only the most novel in shape but the most intuitive and effective in use. I often forget that it’s pink — truly a more meaningful compliment than any other. It’d be a great toy for experimentation, for venturing into more unique shapes with the fallback of the smooth side just in case. Choosy is quite effective, too, for G-spotting, but Snazzy brings everything together in a way that makes my sex toy connoisseur heart flutter. And in a vulva shape, no less. Come on.