This clit toy lets users create their own vibration patterns, but I’m bothered by how much it buzzes my hand. 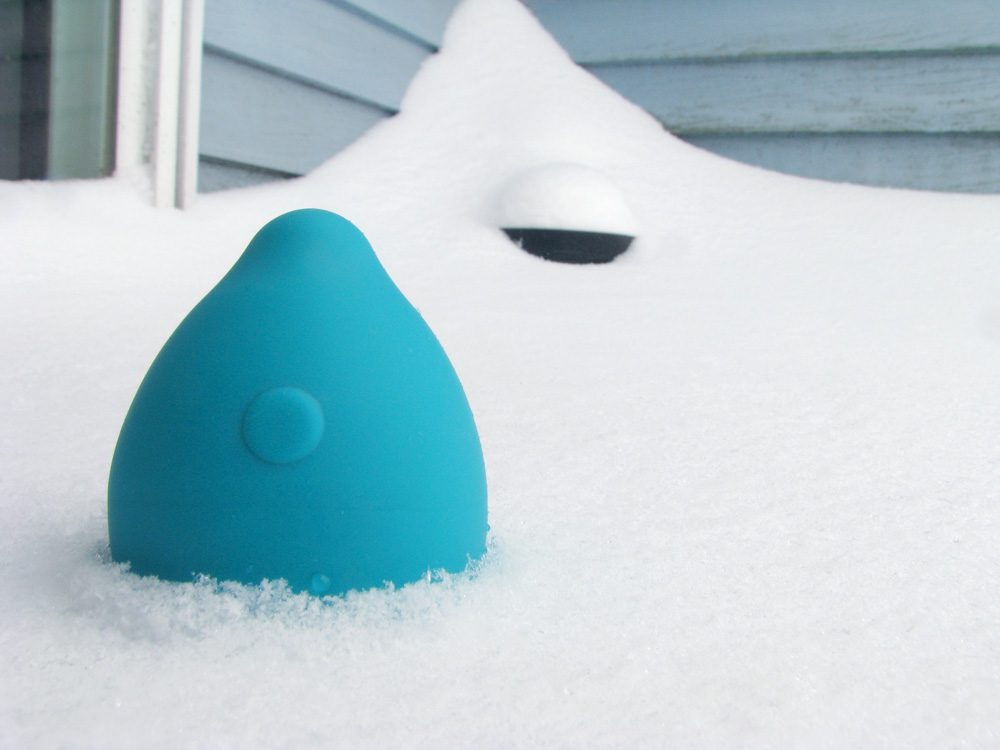 I have now formed a conditioned response whenever I hover over a link and see the URL indiegogo.com. It’s a mixture of terror, disgust, and exasperation, which, upon clicking, either bubbles into rage or fizzles into mild interest, depending on the product advertised.

The Minna Limon fell into the latter camp, but my initial thoughts were still mostly negative:

Then I found out it was only coming in pink and teal, and despite my intense love for teal, I was like “really bitch?” It’s SO OBVIOUS it should’ve come in yellow and green. But fine, only go halfway on the lemon thing. Fine then.

But that is the problem. It’s only sort of good.

The Limon comes in a well-designed tube and includes a cute-ass storage pouch. It charges like all lemons do: standing proudly atop its magnetic USB charging dock. The toy actually lights up with the word “Minna” when sitting there — a clever way to include branding without ruining the smooth surface of the toy.1 The battery life on this puppy is incredible; I’ve barely had to charge it. Plus it warns me when the battery is low.

Like the Ola and kGoal, the Limon is pressure-sensitive, so it vibrates more strongly the harder you squeeze its sides. 30 seconds into using it that way, I’m over the novelty. So instead I just program what I want. Which is fine… except it takes two hands to create a pattern, and the Limon is a slippery, lube-coated mofo.

This is reason #1 that I can’t love the Minna Limon: it’s too small and unruly for me.

This is, perhaps, why my clit tends to prefer toys with handles nowadays. I know: I’m like a rickety old person stuck in her ways, but it’s hard to justify enduring all that hand vibration in exchange for a petite size. Honestly, I’ll make the Mona 2 work even in situations in which I should probably use something smaller.

Reason #2 is that the Limon really doesn’t have much range of vibration intensity. It sounds like it should, with the squeeze technology. But, all told, there are only about four discernible intensities… and I end up wanting the highest. The Limon is good for my first orgasm, when I’ve just escaped the snow, before I’ve become fatigued by holding something wriggly. But soon enough, itchy fingertips and the lack of vibration range conspire against me.