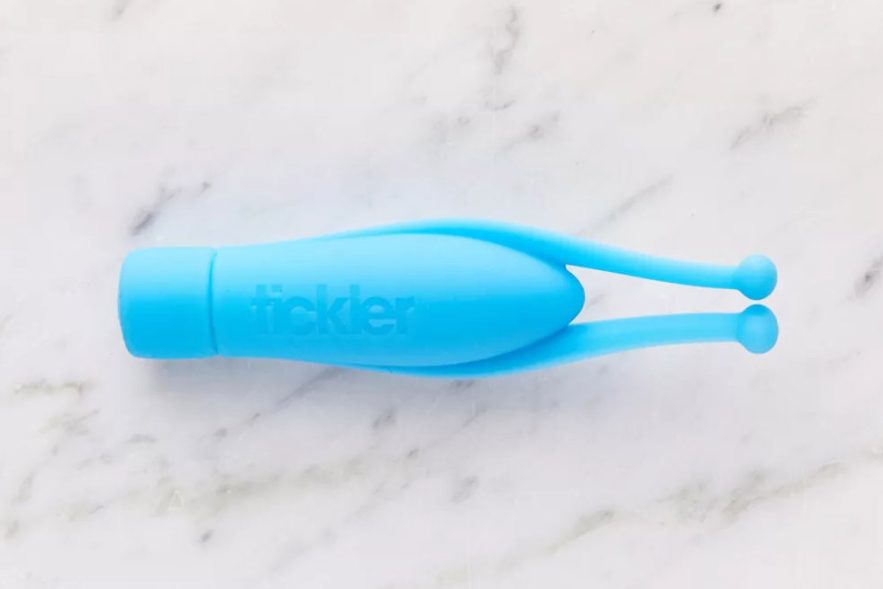 The Toyfriend Ticklers will fool you, with their neon colors and cute-ass shapes. But their adorableness is matched, even overtaken, by their failure.

Is it really failure, though, if all they do is live up to their name? They… tickle.

I received the Mystic Tickler and the Bunny Tickler. Both are made of 100% silicone. Each comes with an N battery and a transparent plastic stand (since obvs I want to display my little alien and bunny clit friends). Each has one speed, but the speeds are different: the Mystic’s vibration is exceedingly weak and doesn’t transfer to the antennae at all, while the Bunny has a stronger vibration that, well, still sucks. Neither one could get me off.

It’s the N batteries. According to Wikipedia, N batteries are used for “remote-control door chimes, and other low current drain devices. Also used for wireless microphones . . . and some laser pointers.” LASER POINTERS, people. That may be enough for your cat, but it is not enough strength for your clitoris. Trust me.

The shapes are interesting. The Bunny’s ears feel nice cradling my clit. The Mystic’s antennae might possibly feel nice, if I could feel them at all. But that vibration “strength,” man. I can’t handle it.

Yeah, that’s all I have to say.