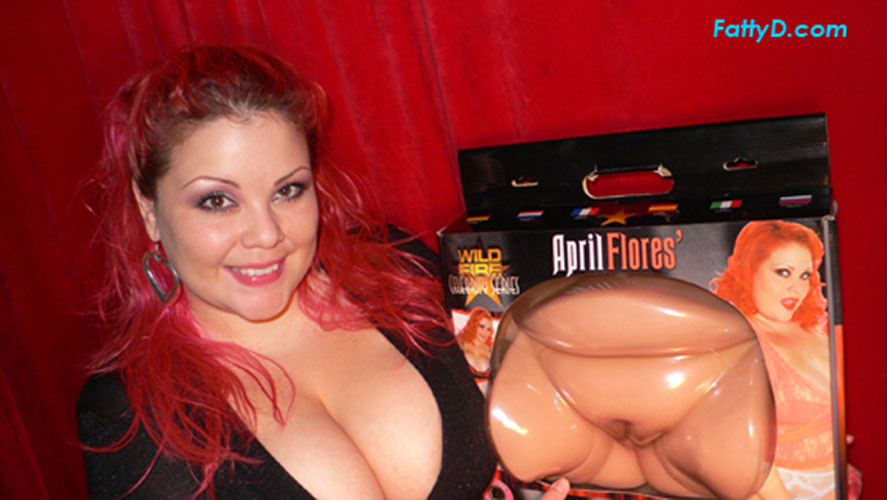 It’s not on the market yet, but should be in a few months. Until then, April posted some sexy photos from her visit to Topco to ogle the prototype. I’m actually impressed by the packaging, or what I can read of it. The front of the box calls the toy a “Voluptuous Cyberskin Pussy,” which is frankly a much better description of the toy than I was expecting. Of course it does insist upon prefacing the pussy with a generally accepted adjective, but it could be a lot worse. In any case, I think this is an exciting development in the land of fake pussies. [Update: it’s available now!]

sucking — even gentle sucking — transfers far better than you could possibly imagine. My clit fluttered up into the indentation with every one of my partner’s sucks as though it wanted to leap right into his mouth. It felt incredible.

I must have you, Mr. Man! Even my boyfriend wants to suck on you! But 90 bucks is something I do not have right now, at all.