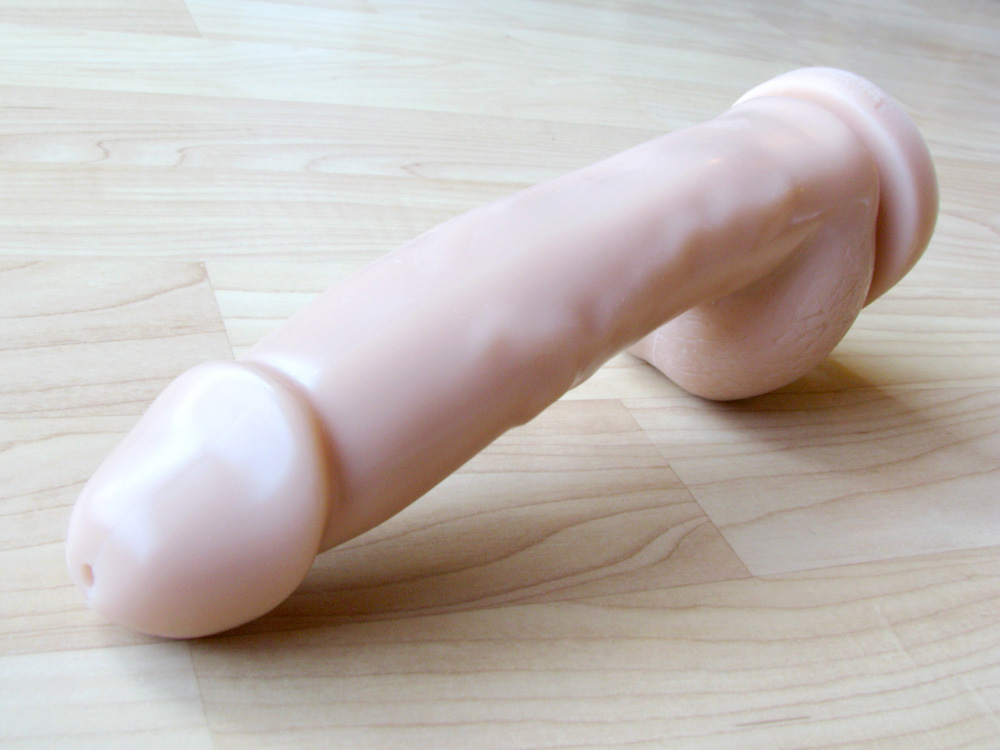 Oh yes, use. To my great joy, Mr. Man works as expected — and beyond. My boyfriend had no trouble holding the base still against my clit, and the suction that his mouth initiated on the head of Mr. Man was strong! This is not insignificant suction, folks, like I worried it might be. It’s serious suction.

But it takes work to keep it up. He has to really focus on the head to give me the most stimulation, which gets tiring quickly. When he swallows more of the cock, the suction decreases in intensity. Lube and saliva get inside the hole, so that he accidentally sucks them back into his mouth when he moves to the head. If he just sticks with the head, though, everything is glorious.

Because of the attention that has to be paid to the hole, I wish the shaft of Mr. Man was a bit shorter. As it is, there is a lot of cock and often not enough tongue or palm to cover it all. Plus, the length isn’t representative of the average cock, which is what I’d rather have if I’m pretending it’s mine. Still, it looks extremely sexy in my boyfriend’s mouth.

I asked my boyfriend for a refresher on what it feels like when he just sucks on my clit normally. To my surprise, it was nowhere near as stimulating as the suction from Mr. Man. Nowhere near. It’s kind-of creepy, really.

I tried jacking off with Mr. Man, using the Maven sleeve. Success was hard to come by, as it was difficult for me to hold Mr. Man in place whilst stroking. I did get a couple good strokes in, but nothing terribly suction-inducing.