The (not so) harrowing tale of my IUD insertion

What it was like to get a T-shaped bit of plastic shoved into my uterus. 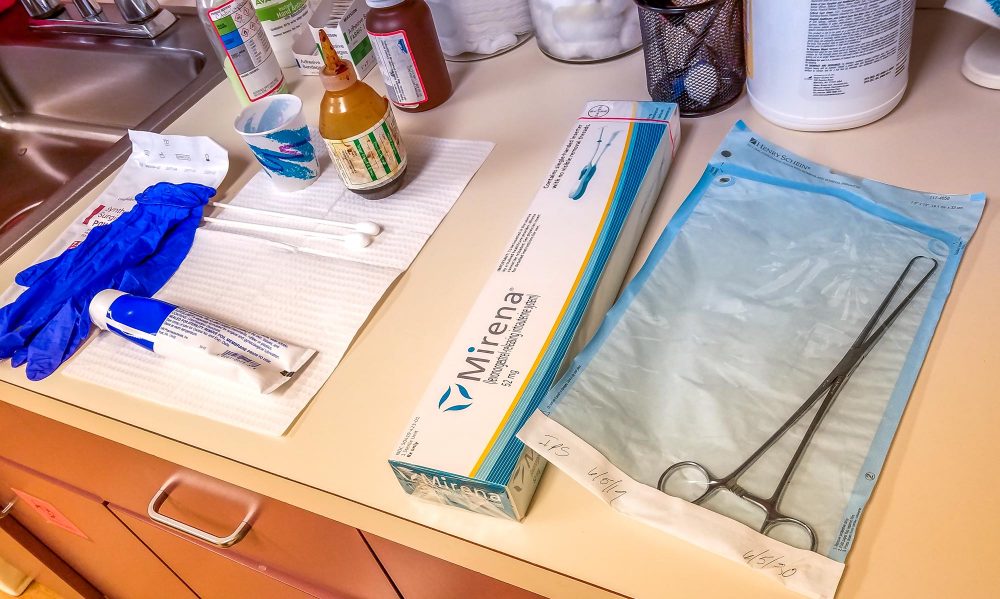 If my vag was going to be out of commission after this, I needed to act now. So I drove, unshowered and hardly awake. As Kynan emerged from his apartment complex, opened my car door, and handed me the toy bundled in a pink hand towel, I had to laugh at the weird shit I do for my job.

But that list doesn’t cover the mental aspect, which may be the most important thing of all: go into the appointment embracing the unknown. The insertion could be excruciating or bearable, and same with the recovery. Birth control is a highly charged topic, with scads of anecdotes to both ease — and terrify you out of — your mind. (Did you know? If you mutter the phrase “birth control” on the internet, someone is legally required to pop up and yell at you about how wrong your choice is.) My followers’ experiences were so varied, there was no way of predicting anything. Or worrying about it.

More recently, my gynecologist sent me home with some old-fashioned birth control pills, but taking them felt… archaic. Not to be a snowflake millennial or whatever, but it’s been 60 years since the pill came out and at this point I deserve a birth control I don’t have to remember to take daily. So, after discussing with my gyno (who has had multiple IUDs herself), I chose the Mirena, which lasts for 5-7 years.

Kynan was gracious enough to take me to the doctor’s office; he busied himself working on fursuit stuff in the lobby during my appointment. My first task was proving that I wasn’t pregnant, so I peed in a cup and delivered it to the in-house lab. Then they brought me into the exam room, a bigger one than usual, and took my blood pressure. The nurse explained that I could wear my dress instead of the shitty paper gown. GOOD. When she left I immediately began snapping photos for this post, like a creepazoid, until the doctor came in.

I tried not to focus on the long shiny metal object laid out in the corner.

I’d never met the doctor before, but my gyno assured me he was the quickest person in the practice at inserting IUDs. He explained the process, showed me the IUD (it’s tiny!), and asked if I had any questions. I inquired about getting an anesthetic on my cervix, which my followers correctly predicted would not be offered unless I brought it up. This is where I dock points for the doctor, because he essentially acted like it was unnecessary. “I never do that,” he stated flatly, ending the conversation. Yeah, why offer people the option of feeling less pain?! (Seriously, why are doctors like this?)

It was time to get down to business. I laid back with my butt on the edge of the table and my feet resting on the plastic stirrups, which were covered in fabric but still obscenely uncomfortable. “Who designed these foot things?” I wondered aloud, thinking to myself, men.

(He gained some points back.)

He put a speculum in my vagina and cranked it open. I knew what was coming next: he was going to insert that long metal thing, the uterine sound, to measure the depth and direction of my cervical canal and uterus. What I didn’t know was how soon that was going to happen, and how it was going to feel like being punctured by a knitting needle.

I was in the middle of talking, probably about the existence of men, when he inserted the uterine sound. The pain was sudden and sharp, a searing penetration deep in my body. Definitely not a pinch, definitely more like a stabbing, and unlike anything I’ve ever felt. I can’t endure this, I thought. I gasped and cried out, and the angel of a nurse put her hand on my stomach and reminded me to breathe, which I desperately needed. The pain was acute. It only lasted a few seconds, but boy did they drag on.

I caught my breath and looked at the ceiling. It makes sense why some people pass out during this procedure — I was on the precipice of a cold sweat. I braced myself for another stabbing pain, but the insertion of the actual IUD was much less intense in comparison to the sound. “Is that it?” I asked, and he confirmed he was finished. He didn’t trim the strings; he suggested letting the IUD settle first.

I sat up on the exam table, relieved, then practically demanded the doctor tell me anything unique about my body that he had discovered. He had: my uterus is tipped slightly downward! Hell yes! This is the breaking news I crave! I didn’t ask how deep my uterus is, and I regret it, but I did ask about using a menstrual cup with the IUD. Once again, as in prior appointments with my gyno, I was told not to risk it. (I’m still skeptical; discuss your experiences in the comments section.)

He handed me a piece of the Mirena brochure, which listed a serial number. “So the government can track me,” I joked.

My dry delivery whizzed right past him. “The government isn’t tracking you,” he replied. “It’s in case there are recalls.” He wrote the expiration date on the brochure: July 8th, 2024.

This was an easy IUD insertion, according to the doctor, and indeed that seemed to be true. I wasn’t light-headed as I put my flip-flops on, and I could’ve easily driven myself home. After Kynan dropped me at my house, I curled up in bed with a heating pad, a computer game, and a glass of wine. The alcohol idea was from a family member, and honestly, it helped smooth everything out. I was crampy, but not debilitatingly so. I took it easy, read about a person who can taste words, snuggled with Boris (he loooves heating pads), and the cramps subsided by the next day.

Sometimes I’m frustrated by my body, but other times I’m proud of what it can achieve. My IUD insertion day was a proud day.

Since then, my periods have been different. The first one lasted about 2 weeks, but it wasn’t heavy, and I mostly subsisted on pantyliners. The next came on time and has also been light enough that I’ve used almost nothing — I notice some blood when I pee, but it’s nowhere near the crime scene I usually produce. Cramps ebb and flow, helpfully reminding me that I am on my period, but it’s a dry sort of period.

When I visited my gynecologist for a follow-up, I told her that I hadn’t been able to feel the IUD strings myself, and my partner’s spindly fingers hadn’t either.

“Ugh, I wish doctors would stop telling people to check for the strings!” she replied. “I could never reach mine.” It’s normal, she said. She peered into my vag and eventually found them, laid up against my cervix all stealth-like.

Now we wait, and we hope my periods dry up even more. To those morbidly curious about the clusterfuck that is the American healthcare system, the Mirena IUD itself was billed at $1,158, while the consultation, surgery, and labs totaled $390. I paid $0 because we once had a president who gave a shit about people. Thanks, Obama. Your legacy lives on in my uterus.