Friends I’ve made along the way 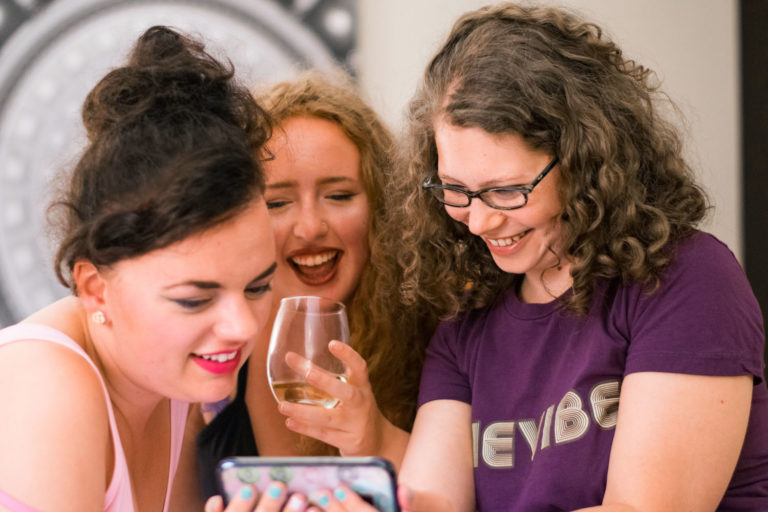 You know, I didn’t expect to make friends doing this. When I started this blog in fall of 2007, I was a bit lost and alone. I knew nothing about other bloggers, and I more or less assumed that I wouldn’t fit into the sex blogging community. I didn’t have much to contribute back then — all I knew how to write was sex toy reviews — so I didn’t think I’d stand out to anyone.

But I joined Twitter, kept writing, and eventually, awesome shit started happening. I started meeting people. Chatting with people. Befriending people. Sharing stories, inside jokes, and laughter. And now, I can’t imagine life without this network of amazing humans. I sound like a sap, but I don’t care.

So, if I haven’t yet made it clear how much I love y’all, I’m making it clear now. Here are some awesome people I’ve met online who make my blogging existence totally worthwhile.

Sundae — Hilarious, awesome, ingenious chick. We have bonded over Kid Nation, and I even lost my Skyping virginity to her. Sundae lives in Australia, which means two awesome things: one, she has a HOT accent, and two, she is awake and chatty when it’s 5 a.m. where I am. In our chats, we often use tildes and Xs to make words sound xxCOOLERxx or more ~important~.  From her, I have learned many things about Australia, like that they call McDonald’s “macca’s,” they don’t like peanut butter on/in sweet things, their douchebags are called “bogans,” and they do not have Pop Tarts. This led to me sending her s’mores Pop Tarts and a butt plug. So we are now butt-bonded.

That Toy Chick — Total sweetheart, inventor of the almighty ChillDil, writer of awesome posts, TTC is a gem in this here blogging universe. Her video of the Alien Love Doll will change your life.

Elodie — Elodie is an EdenFantasys refugee who sent me a really sweet email when all the shit was going down. We’ve been chatting ever since, and she started up a blog called Love, Sex, Feminism and Cats; clearly she reads my freaking mind. Perpetually smiling cats are prominent figures in her reviews — sometimes they even write them. She is always willing to engage in mockery of bad sex toy reviews with me, so I am very happy to share the letter E with her.

Andy — An awesome dude who always replies to my late night tweets that would normally result in crickets. He has also taken several photos modeled after my avatar, which are absolutely charming.

Ashley — I’m not sure how I came upon this chick, but she is the shit. Her and her partner run an amazing blog, Pussy Goes Grrr, that skillfully blends posts about sex toys with posts about informercials, feminist issues, and movies. Love it.

Outspoken Clitic — A longtime online friend and one-time sex toy reviewer. She is a huge, huge, huge sweetheart, and has been helping me immensely in my recent attempts to work out and sort-of eat better. Like me, she is also an Eroscillator fanatic and Project Runway fan.

Holly — We both greatly prefer working at night, and we like our burgers and sandwiches the same way. Oh, and she hated a taffy tickler atrocity just like I did. Twins? I think so.

Frankie — I get the feeling I would have tons of laughs if I hung out with Frankie. We are similarly cynical, and we’re also both feminazis! Frankie writes all their posts in 15 minutes and makes me feel like the slowest writer on the face of the planet. They also have a cute voice and face.

Vincent — Vin is absolutely insane, but that is why I love him. How can I not love someone who calls me his “favorite vagina personage on the internets”? And tweets excitedly at me with constant e-hugs? I love sweet, uplifting, awesome people.

Hannah — I first knew Hannah as “that one chick on Twitter who is always funny, always entertaining, and slightly, deliciously cynical.” Then we started chatting, and she is just as awesome as she seems.

Jaye — Jaye is hilarious. If you don’t believe me, read his account of using the Tantus Alumina Motion. He is often making delicious-sounding alcoholic drinks that I wish I had the ingredients to re-create.

This goes for anyone who has taken the time to chat with me, console me, say anything nice to me: thank you all for being sweet, compassionate, entertaining people. Thank you for being there for me when I need to rant, rave, laugh, or cry. I can only hope to someday meet some of you in person and hug you for an uncomfortable length of time.

Also, I’m always on the lookout for new friends, so if you want to chat with me, let’s make it happen!