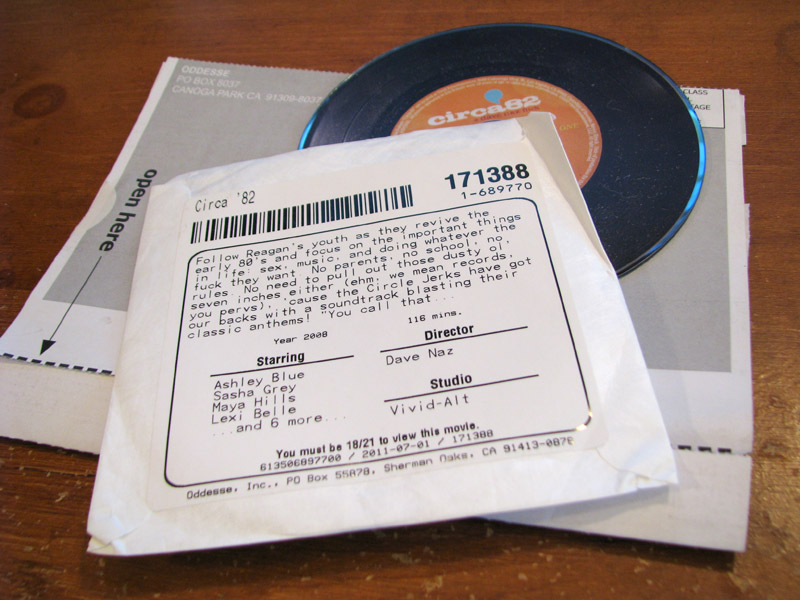 It was a bit of an experience figuring out just which service to use. I eliminated WantedList pretty quickly when I found they did not carry any Good Releasing, no Triangle Films, and a scant handful of Burning Angel titles. Plus, it’s expensive — $18/month for two DVDs at a time. XRentDVD was similarly spendy. I narrowed it down to either BushDVD or SugarInstant.

SugarInstant and BushDVD are about even when it comes to movies featuring epic performers such as Belladonna and Kimberly Kane. And they both carry Triangle Films. But then, they diverge. SugarInstant stocks Good Releasing lines such as Heartcore Films (much to my joy!), but BushDVD does not. BushDVD stocks Burning Angel titles, but SugarInstant had a mere five of them. This was a conundrum.

But! I got in contact with someone at SugarInstant, and he explained that he could try to get more Burning Angel for me. Then, he actually followed through (?!). Now there are 15 Burning Angel movies on SugarInstant. I was so sold.

SugarInstant has about a bazillion rental plans, including a streaming option, but I went with the $10/month (one DVD at a time) plan for now.

SugarInstant’s website itself is easy to navigate, and not cluttered or sleazy. You can arrange things by release date. You can rate stuff, although I don’t think it recommends anything based on that. Some movies have screenshots. The male talent is not tagged half the time, but I expected that. I only wish there was a better way to monitor favorite studios and performers. There’s a new releases page, but you have to wade through the crap.

Here’s a glimpse at my queue — er, rental lineup. Some of this stuff is so obscure because I used IAFD to find pairings of my favorite performers. For instance, if you ever wanna see Jack Lawrence and Roxy DeVille together, you have to rent Barefoot Confidential #52.

Sadly, the titles cannot be arranged via drag-and-drop, but I think I’ll survive.