It is not okay for filmed abuse to be in circulation.

So that was terrible. That was degrading, and awful, and scary, and terrible. I didn’t even work with him. I just met him. It was awful. But some people have worked with him and I’m sure they could tell you horrible stories.

My co-star was Charlotte Vale. And he dug in really hard on her and asked her very personal questions about her family, and her twin sister. I could tell that it was upsetting her.

…I took to Google to figure out who the hell this guy is. First, it is important to note that this guy is probably no longer making porn. But when he was, he was responsible for the deplorable Meat Holes series, and the short-lived and violent Rough Sex series (absolutely no relation to Tristan Taormino’s fabulous — and gleefully consensual — series of the same name). On Khan Tusion’s Rough Sex 2, one reviewer wrote, “I can’t say [I] enjoyed this two and a half hours. In fact, it made me pretty damn depressed.” On Meat Holes 14: “If you don’t get off on brutality and joyless sex then there is nothing for you here.”

I don’t want to go all Gail Dines on everyone, but… this Khan Tusion guy is absolute filth. Kimberly Kane was right: the people who have worked with him can tell us horrible stories.

Then I found some interviews with Khan Tusion. While obviously trying to put on a professional front, some choice quotes just blew his cover completely:

Meatholes was a bad time in my life. If you liked that I am sorry but don’t ever plan on seeing me mentally abused ever again or for that matter abused in any way like that. I would never do it again. I do not like being MENTALY ABUSED! No one should ever have to be mentally abused like that. I do porn because I love sex and I love to have fun but Meatholes was not fun. It is just sick and I am sorry to say that is something that I am not proud of. Because I am generally proud of all my work. 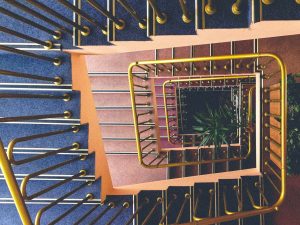 There was mention of a Khan Tusion scene where the woman cried the entire time; this was accompanied by a few clips, which I watched with horror and rage. Ashley Blue’s scene was also mentioned with a link attached. It was a link to four screenshots and four clips from the scene. I knew I should not click on them, but I did. I watched as Khan choked her until she passed out. Then I felt sick.

(Addendum, 09/13/11: Ashley Blue — legal name Oriana Small — has written an autobiography entitled Girlvert. In it she chronicles the first time she met Khan, and she writes about the choking scene as well. There’s a video of her reading this excerpt, but I don’t recommend watching it, as the scene is playing in the background of the bookstore. Instead, just listen to it.)

My sickness was made worse by some of the posts in the forums. Someone would say something like, “only sick fucks would get off on this,” and another person would march in and retort, “how would you like it if I said that about something that gets you off?”

This review of Khan Tusion’s Piss Mops #2 sums up everything, and adds a few crucial points:

Unlike most scenes starring these beautiful women, you could tell that they totally didn’t want to be there. You also could tell that they didn’t like the guys who shot this film, and in many cases they feared for their own personal safety . . . some of the scenes are downright disturbing.

The director of this movie disguises his voice. Probably for his own protection because if any relatives of these girls viewed this, they would probably kill him. All of the males in this movie also hide their faces. They apparently get off on beating women, but they don’t want to show their faces. They are not men… they are merely males.

I asked some of the girls who have worked for Khan Tusion why they didn’t walk away from the filming? . . . most of the girls are in fear of personal, legal and career repercussions for walking out of a scene. Khan uses a very strict contract, and the girls are all but locked in by the time they set foot on the set.

This is important. So is continued consent. Some of the posts on the forums demonstrate a disregard for continued consent. “Well, she agreed to do the scene” may be how you justify your enjoyment of something so reprehensible, but you’re using a rapist’s logic. If a woman is waving her arms, drooling, and clearly unable to breathe, you have gone far beyond a typical scene.

So what they did was leave the crying and the kicking and the screaming in when I was saying, “Stop the cameras” because this man was hurting me. He tossed me over his shoulder and was using hard fists and slapped me on the ass and grabbed me by the throat and grabbed me by the neck and I was choking and I wanted them to turn off the cameras because I thought that wasn’t really what I wanted to get involved in. I was scared for my life, to be honest with you. And they literally brought so much terror to my forefront, and I was so horrified, and so shocked that their glory was showing on camera that I had no idea that I was going be beaten up. They basically caught that raw emotion and they also caught me sobbing and saying, “Can you stop it? Like for real, for real, for real.”

I saw the one cameraman put down his camera and walk away, like, “OK guys, she’s not joking around,” and then I saw the back one kicking in and shooting as I’m running off the set in tears going, “You fucking assholes.” . . . I felt like I was getting totally violated, how somebody being raped would feel when they’re saying, “Stop it,”  and then the guy doesn’t stop and then she feels that she deserved it. I was crying and it’s just… it’s really sad.

At the time I was paid 300 dollars to keep my mouth shut and to get off the set. I was off in a corner and I never thought to press charges . . .

At this point, I had to stop myself. I was not going to find anything uplifting. It was all going to be like this: a horrifying story/review followed by some forum douche defending Khan’s movies for being “edgy.”

All I can say is, you might wanna boycott JM Productions, the company that distributes most of Khan Tusion’s movies. That’ll be easy for me, since all they seem to produce is over-the-top shit like The Violation of Harmony (which I still can’t believe I sat through, my god) and Oh No! There’s A Negro In My Mom. And if you see a shop carrying anything that Khan Tusion has directed, tell someone. Because it is not okay for filmed abuse to be in circulation.

P.S. If you try to comment on this post with something along the lines of “hay women are degrading themselves lol shut up u stupid feminist,” your comment will be going straight to trash, where it belongs. You are not listening to women and you fucking disgust me.