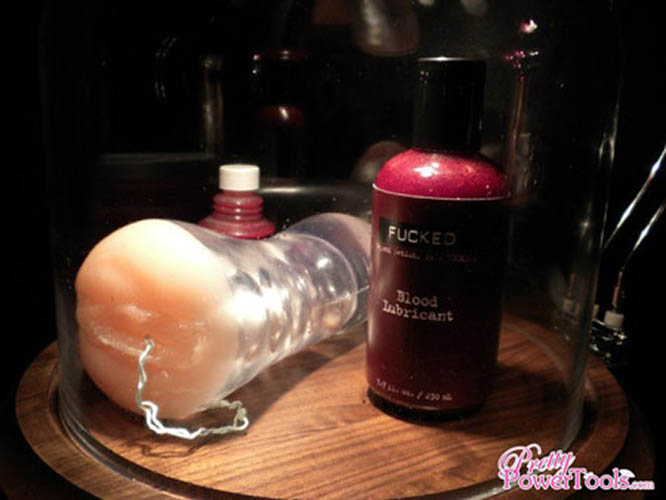 Content note: There are several photos of paraphilia-inspired
sex toys in this entry that you may find totally disgusting.

Okay, so, Topco has this new toy line entitled Fucked, and… I’m don’t even know what to think about it. Not because of the gag factor (though that is definitely an issue), but because of the problematic nature of creating paraphilia-inspired toys. These toys range from the relatively tame (period sex and gaping ass) to the more icky (vomit and scat), to the possibly morally wrong. This line has the slogan “Beyond fetish, it’s FUCKED.” 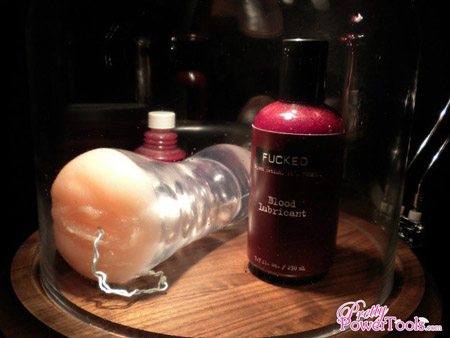 Many thanks to Pretty Power Tools for letting me use her photos!

I approve of the Bleeding Pussy Stroker. Blood lubricant sounds awesome. I don’t approve of the tampon string, because holy fuck can you imagine getting fucked with a tampon in? But the point is that this is a harmless toy that may be fun for some people.

I feel similarly about the Shitting Ass Stroker and Vomiting Mouth Stroker (which come with “scented” shit and puke lube — wow), and the Gaping Asshole Stroker. (Sidenote: where’s the piss toy and matching lubricant?! Or is that fetish not “fucked” enough?) 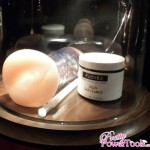 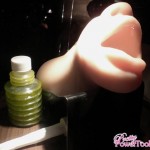 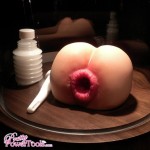 And while the Rosebud Ass Stroker (which mimics rectal prolapse) is fairly disturbing, I’m not going to make a scene over it. But things get hazy when we come to the Bug Chaser Cock, Acrotomophilia Love Doll, and Teratophilia Cock. 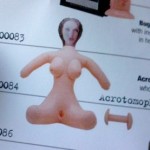 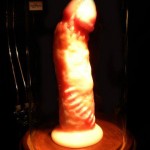 On one hand, it’s cool Topco’s going there, and it’s cool that people with these fetishes can practice them safely with these toys. On the flipside, there is the prickly issue of fetishizing things that shouldn’t be fetishized (having HIV/AIDS, or being a person without certain limbs, or being “deformed”). These things go beyond Weird Shit that People Get Off On into some other territory entirely, where people are defined solely by particular attributes, and sexualized for them, which is disheartening. What I mean to say is, perhaps a person without a limb would be cool with seeing their body represented in a sex toy — if that sex toy weren’t part of a line called Fucked. And similarly, someone with HIV/AIDS could easily take offense to Topco’s condoning of “bug chaser” culture.

Then there’s the Hermaphrodite Cock, Pussy, and Ass, which I’m conflicted about. According to the Intersex Society of North America, hermaphroditism (being both fully male and fully female) is actually a “physiologic impossibility,” so I guess using the word hermaphrodite in the toy name is descriptive rather than inflammatory — though again, putting a toy like this in a line called Fucked is pretty inflammatory in its own right.

But there’s the problem of intent. Are we really supposed to believe that Topco is attempting to validate these “fetishes,” when they put them in a circus tent and call the line Fucked? It’s pretty clear that shock value is at the forefront here. But how surprised — or outraged — should we be?

I asked Sundae for her thoughts, and she said, “I just don’t believe Topco made those to cater to that market… they’re for jerkwad frat boys who want to outgross each other… making effectiviely ‘gag’ gifts in more ways than one.” (Oh, snap!)

Garnet Joyce also wrote a post about this line, to which Coyote had a very thoughtful response:

It’s not that people don’t have the right to fantasize… it’s more about this particular line and way it was displayed.

The packaging is all black with FUCKED across the box (cause you’re “fucked” if you want to fuck this). There’s an advisory sticker essentially calling you a “pussy” if you can’t take it and inside, there is an envelope which includes printed photos of the actual items/situations the products are modeled after.

. . . this line doesn’t come from an earnest place of exploring attraction but rather of the “freak” that was once part of the circus sideshow (the vendor’s booth was actually a circus tent and these products were in a black room to the side displayed on pedestals inside specimen jars).

This line affected many industry veterans deeply and I think we, as an industry, should take a moment to pause and reflect on why this is/isn’t the best way for us to move forward.

I think this is a very good point. Should we be worried that the only means of progress in the sex toy industry involves creating a line like this one? Or is this just an isolated line that will most likely be forgotten, like so many others?

What do you think? Shocking for shock’s sake? Boring or rage-inducing? A legitimate means for consumers to act out fantasies? Detrimental or just for fun? Discuss.