Shops that need support most during COVID: brick and mortars such as Early to Bed, She Bop, and Smitten Kitten! More info
DildosSex Toy Reviews
November 7, 2008 4 2 min read 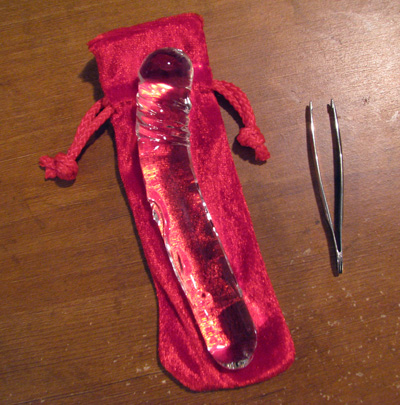 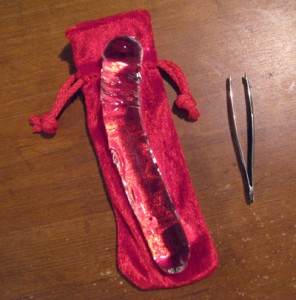 Nonetheless, with the Crystal Teaser in my vag, I continued thrusting, and it was here that I found the dildo’s strength — its G-spot curve. I am still unsure about the location of my G-spot, but this curve definitely rubs against the upper region of my vaginal canal very nicely. I moved it steadily against me, but I quickly became frustrated. Almost the entire dildo was buried inside me, leaving me nothing to hold to really thrust with. A bulbous handle would’ve been greatly appreciated, although I think this toy could be truly amazing if it had several inches more length to it. It could be like a glass form of the Bgee — and trust me, that’s a good comparison. The Bgee is one of the only thin toys that can satisfy me, because I’m able to grasp its long handle and thrust vigorously.

Perhaps if you are not used to penetration, this would be a good choice (although I would more readily suggest a vibrating toy). It makes for a decent warm-up, but it doesn’t really stretch my vagina as much as it should to accommodate average-sized toys, so I would tend to suggest a slightly thicker toy for that purpose.