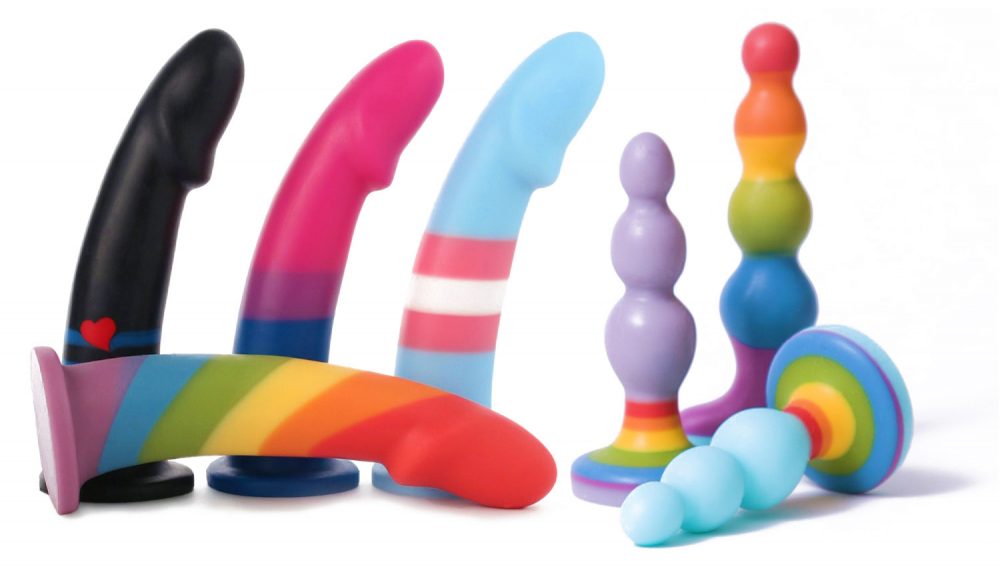 Once upon a time, sex toys were either pink, purple, or a hideous shade of beige I’ve heard described as “silly putty,” “bandaid,” or “uncooked hot dog.” It was an era of churning out questionable designs in stinky toxic materials, characterized by companies’ hyper fixation on catering to the only target market they could imagine: straight, white, young, non-disabled cis women. (And a stereotypical understanding of them, at that.)

But now, decades later, any sex toy manufacturer who’s been paying attention has realized that’s a really narrow view of sex toy users. More social-justice-minded companies now market their toys based on what the products do rather than prescribing who they’re for, and the color palette has expanded considerably. So while the industry still struggles with language and inclusion in many ways, I can’t help but feel happy when I see something like this:

This is the Blush Avant Pride line. Amazing: a full line of LGBTQ-inspired toys that goes beyond the usual refrain of “uh, just slap a rainbow on it, I guess.” I MEAN, THERE ARE FREAKING GENDERQUEER AND GENDERFLUID BUTT PLUGS, FRIENDS.

Of course there are several butt plugs with rainbow tails attached; why wouldn’t there be? And just in case you want 6 cock rings in every color, blam.1

🌈 Happy Pride month! Now go out there and be AS GAY AS HUMANLY POSSIBLE! 🌈