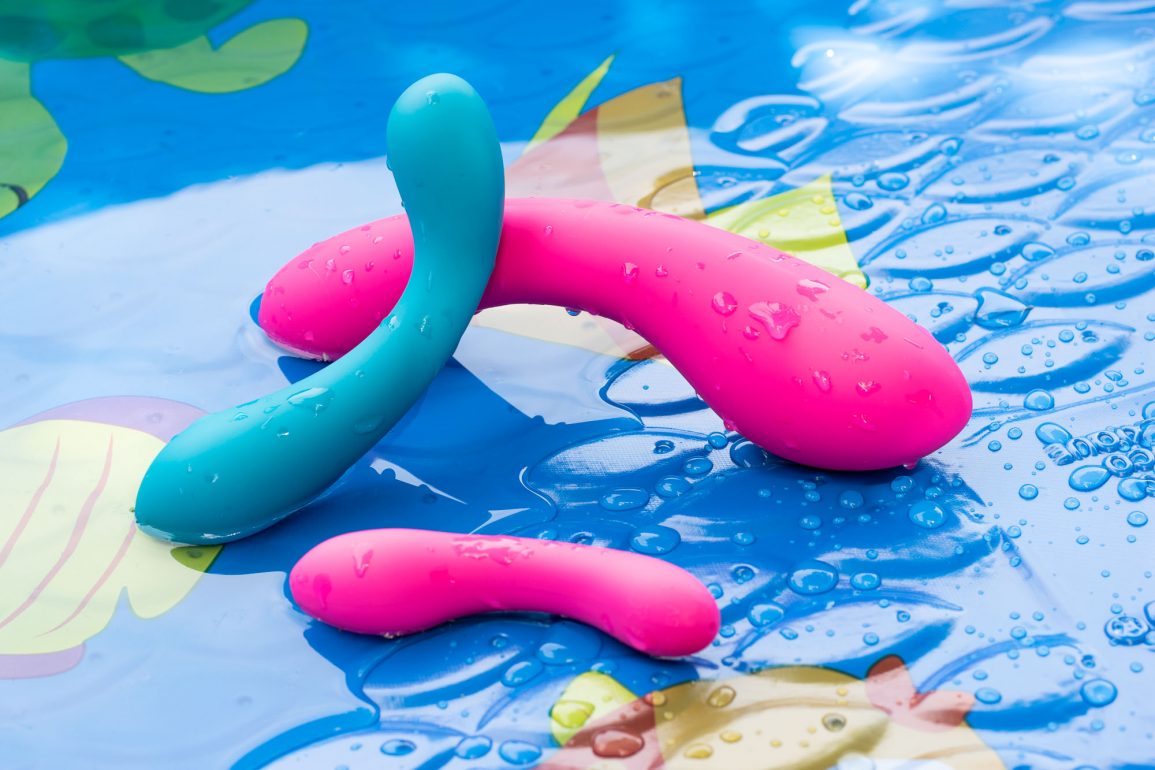 When I hear the word “swan,” I think of a few things. Grace. Elegance. The color white. Bjork. Overwrought symbols of romance. Ostentatious pool floaties. And, because the folds of my brain are lined with a freakishly encyclopedic knowledge of sex toys, I think of a line of rechargeable vibrators called Swan.

Swan is not the manufacturer. The toys are actually produced by BMS Factory, a company that prefers to mysteriously hide behind the names of their various toy lines. They make the favorably-reviewed Leaf and PalmPower lines, others called Pillow Talk and Lux, and the motors in some stuff from Jopen. If you’ve ever seen the phrase Powered by PowerBullet® stamped onto a sex toy box or printed in marketing materials, the toy’s made by BMS.

Counter-intuitive as it is considering the eponymous Power Bullet is my personal nemesis (and pet example of terribly buzzy vibrations!), Powered by PowerBullet® does seem to indicate a rechargeable toy with a motor that is not complete junk. I first learned this with the Leaf Life, and 6 years later it’s still a toy I greatly enjoy. That really speaks to the quality of the vibration, considering my clit becomes more discerning by the year. I decided it was time to try more toys from BMS.

I do not enjoy this game, especially when internal vibrations are at stake. I need to be able to dial those back, to control them precisely, because the line between “ooh, that’s nice” and “WOW NOPE IT’S SHAKING MY ENTIRE PELVIS” is very thin. I can’t use any of the Swan Wand’s vibration patterns internally, because they all ramp up to an excessive, harsh intensity that makes my vagina want to spit the toy out, immediately, just to get some relief.

The small end of the Swan Wand is a fine, slightly curved shape, but its stimulation is nothing that other G-spot vibes (Mona 2, Rave, Big Boss) can’t provide, all with more manageable handles and easily-accessible controls.

I don’t love the Swan Wand as a clitoral toy, either. The small end is an agreeable size for my clit, but grasping it by the fat end feels unwieldy; I’d rather use the SenseVibe. The large end covers more surface area, but if I’m in the mood for that, I’ll use the Magic Wand Rechargeable. On high, the Swan Wand’s big end lands somewhere between settings 2 and 3 on the Magic Wand Rechargeable — closer to 3 if I turn on the additional motor. But it vibrates my hand a LOT more.

“Not my thing, but could be yours” is a sentiment I cringe to express, but I’m not just tossing it off — I do believe it. The Swan Wand is definitely the closest thing you’ll find to a waterproof wand-style vibe, if that’s your dream. It’d be good for folks who love broad stimulation or who’ve always wanted to insert the head of the Magic Wand. Its motor is fantastically thuddy and admirably powerful, and it’s priced appropriately, at $120.

You could argue that the Swan Wand offers more options than the alternative toys I’ve mentioned, and you’d have a point. Its design is open-ended that way. Perhaps, perhaps, if someone isn’t quite sure what they like, it’s a safer bet. It has its merits, and I can appreciate them in theory, but in practice, they’re all a bit lost on me.

“Mini” seems too generous: the Mini Swan Wand is like a dollhouse version of the Swan Wand. This shrunken, 4.75″-long version can accommodate only a single motor, concentrated in the fatter end. Still, I’d grade it highly on adjustability. Like the other Swan toys here, I can discern about eight intensity levels. It doesn’t have any pattern options, and I’m not shedding a single tear over it.

Controls, however, get a C-. As with the Leaf line, the Mini Swan Wand is controlled by a single button that you must press and hold to turn up the intensity. You WILL end up accidentally turning it off when you mean to turn it up. I guarantee it. The button is also in the weirdest spot: on the back, in the middle. To those who made this choice, I have a question: have you… ever… used a vibrator before? Because we orient toys so they curve toward our genitals, and nobody wants the button on the other side, where they can’t see it, in the middle rather than near the top.

The Mini Swan Wand’s power is impressive. It’s quite strong for its size, landing somewhere between the We-Vibe Touch and Tango. But the quality of the vibration degrades with each bump in intensity, like my smile gradually dissolving into a pained grimace. I’m always happy with how it feels until I start creeping into the higher settings, where it becomes increasingly buzzy and abrasive. It’s not going to prevent orgasm or anything, considering the strength of the vibration, but I prefer something less zippy on the trek toward climax.

Now here’s where price complicates my opinion. If this thing cost over $100, I’d tell you nah, for your money there are better things. But for $50, the Mini Swan Wand is more adjustable and powerful than comparable rechargeable toys. Those who don’t mind the higher-pitched vibrations could like it a lot. There I go again! But it’s true — it’s a decent vibe for the price, just not a stand-out one for me.

I gotta say, the Swan Curve is probably my favorite of the bunch, which is surprising considering it had the biggest hurdle to overcome: squeeze controls. Yep: in lieu of buttons, the Swan Curve has two pads on either side of the handle that vibrate in response to pressure. And while this once-novel technology is useful for creating custom patterns, as the only way to adjust the vibrations it feels pretty short-sighted.

But GOSH DANGIT, everything else about this toy is on point. The vibrations are nice and rumbly, and you can get a solid eight intensities out of it by increasing gradually. The versatile design makes sense clitorally2 or internally. It’s a tried and true shape for G-spot stimulation and, basic as it may be, makes for a quite good G-spotter. I relish being able to create patterns that aren’t uterus-shakingly powerful, and that price, $70, is particularly appealing.

The Swan Curve’s control pads don’t compress under my fingers, which is odd and makes me feel forever unsure if I’m doing it right. They’re located on the sides of the handle — not where my fingers rest if I want to adjust it in real time, and why would I? It’s sensitive enough that small changes can make it drop in intensity or cease vibrating entirely, and I’d prefer not to feel like I’m in one of those challenges on Survivor where contestants have to hold an object until their hands fail.

So, the Swan Curve is not exactly a toy that gets me from point A to point B flawlessly; it does not excel during every portion of the masturbatory experience. I like the variety of the clitoral stimulation when I program a subtle pattern, but I generally don’t want to come during one, and no way in hell am I going to trust my feeble fingers to squeeze adequately enough to ride out an orgasm. I also find it difficult to create a pattern that has no gap in the vibration when it loops.

The actual programming is easier with the similar Minna Ola, which requires less pressure, deflates noticeably under my touch, and features a dedicated button for marking the beginning and end of my pattern. But the Swan Curve wins at everything else: vibration quality and strength, ergonomics, G-spot stimulation — for half the price. Overall, it’s a better toy.

Speaking of being a better toy, the Swan Curve is a little more powerful and definitely more rumbly than the Rave and Mona. Which is quite the statement considering those are a few of my favorite vibrators of all time. $70 is amazing for vibrations like this, and I so wish I could unequivocally endorse this vibe — but instead I must sigh heavily, fantasizing about a version with less gimmicky controls.