Anatomy of a negative sex toy review (or: the Mimic) 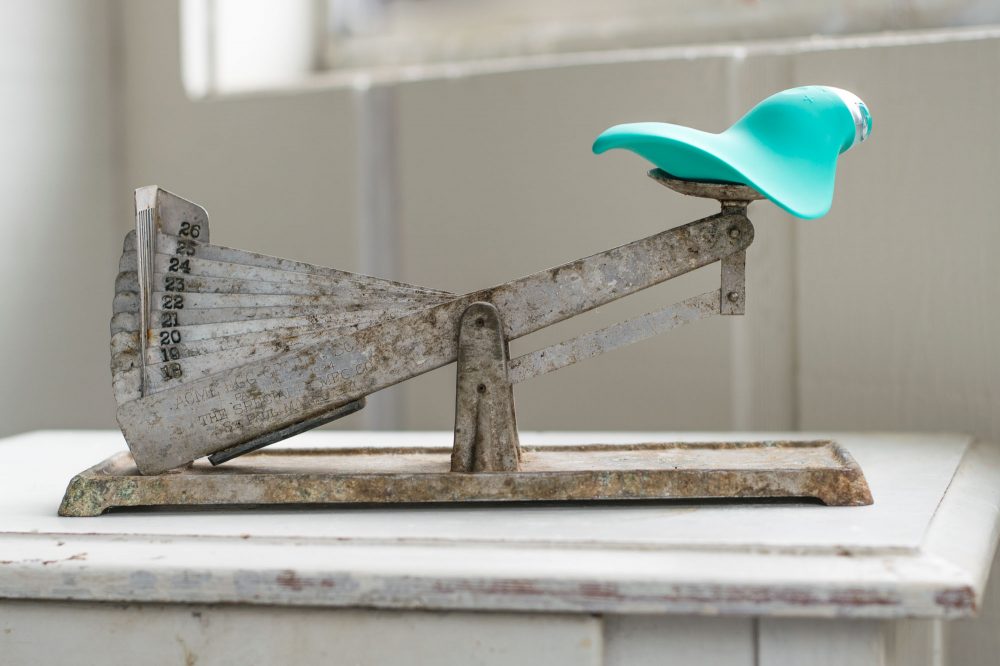 To my great relief, the newer version of this toy — the Mimic+ — has a vastly superior motor.

Finally, after a while, a frustration-driven arousal sets in. It occurs to you that covering more surface area with the toy might improve the experience. You wedge it against your vulva, eschewing the pinpoint tip. It feels, incredibly, even worse. But your sensitive clit accepts the continuing vibration as just barely enough to induce an orgasm. A paltry, weak-ass orgasm. The kind that makes you want to flip a table. The kind that makes you question your sex toy reviewer career choice.

The Clandestine Devices Mimic first entered your consciousness two years ago, in a ballroom at the Hard Rock Las Vegas. It was the annual adult novelty expo, ground zero for new sex toy inventions. As you strolled past table after table strewn with vibrators in familiar shapes and colors, the Mimic caught your eye. Standing up on its own in a vibrant turquoise, it seemed elegant, unique, promising.

Until you turned it on.

With some sex toys, you can’t tell they suck until they’re actually against your genitals. Not this one. The company rep behind the table, a fan of your blog, watched your reaction.

You said: “it needs a better motor.”

“Oh, I know,” she replied. The toy was a prototype, after all. They’d work on it.

One year later, the finished product arrives at your door. It’s accompanied by a note from the rep which reads, Here it is — hopefully you’ll like the improvements we’ve made — but you still terrify me (all the respect!)

You unbox the toy, feeling its flaps and its powdery-soft silicone. The color is gorgeous, still. Its sloped body is symmetrical and seductive. But did they follow your advice and give it a rumbly motor? The answer is clear when you turn the toy on and involuntarily wince. Maybe it’s not fully charged, you lie to yourself, knowing this is a lie.

Which is what makes it so insidious.

In early tests, your initial impressions about the motor are confirmed. The stimulation is dismal, absolutely dismal. Shallow as a kiddie pool. On par with some of the worst vibrators you’ve ever tried. The pretty shape doesn’t even fit well in your hand! The wings jut out exactly where you want to wrap your fingers around the thing. The company’s graphics show a hand holding the toy so gracefully, but if you hold it that way, your thumb is nowhere near the controls and your pinkie ends up poking your labia.

But people keep emailing you asking you about the Mimic. Word is getting around. Big media outlets have written about it. People are drawn to its color, its sea creature aesthetic. They have noticed that you own it and, as a trusted authority on sex toys, they want to know your opinion. You vehemently advise everyone not to buy it. “Even if the shape has the potential to feel unique,” you write back, “the vibrations ruin it.”

Then one evening, leafing through an industry magazine with a friend, you happen upon an ad for the Mimic. “God, that toy sucks,” you find yourself saying at the mere sight of it.

So many sex toys are mediocre, forgettable, adequate. This one, you realize anew, is not. This one is exceptionally terrible, so terrible that by experiencing it and not writing about it you are doing the world an injustice. You start imagining dissatisfied clits, hard-earned money wasted, consumers who didn’t know any better, people who were swayed by the color and the curves.

You weren’t going to say anything. But it’s kinda your civic duty at this point.

At least the Mimic is an easy toy to photograph. Unlike others, it doesn’t attract every bit of cat hair; it doesn’t look like a shapeless lump; it isn’t a bright pink that translates poorly to photos. If nothing else, the toy has given you this one small gift: an effortless photoshoot.

You keep testing the Mimic, but eventually you start questioning yourself. You have literally never had a positive experience with this toy. Its vibrations, so superficial in their quality, are never going to change. Why are you making yourself suffer? Thoroughness, that’s why. It’s who you are. It’s a valiant effort, but at some point you have to admit the truth: this toy has nothing more to give, and you have nothing more to learn. It’s time to review this fucking thing.

Good, yes. Be honest. Be ruthless. Remember how you terrify them? Show them why.

A good sex toy reviewer knows to recommend alternatives, and you can do so with ease: for pinpoint stimulation backed by a decent motor, get the Touch/Tango, Kip, Zumio, or Magic Wand with Nuzzle Tip. There are so many better things. My god. So many.