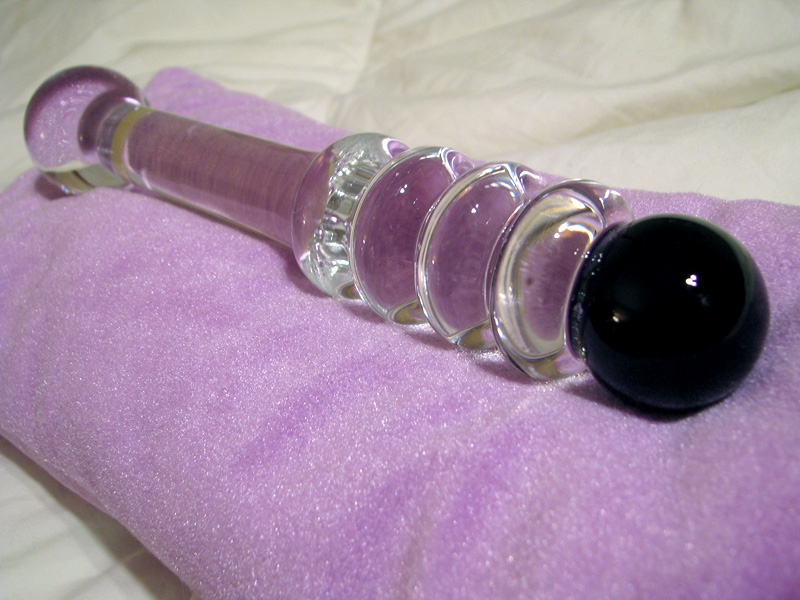 The Don Wands Blue Tip Clear Rings, also known as the Blue Ruling Wand, came in a cheesy plastic package that really didn’t do the toy justice. The package, I found out too late, was secured together by staples, so I scratched my finger while opening it.

The lube packet is Wet Platinum, which is a silicone-based lube. But I only learned that from Wet’s website, not the packet itself (which actually doesn’t even say “lubricant” or anything on it, just boasts about the stuff staying “slick under water” and being “doctor recommended”). I would assume most consumers would use the lube packet with the toy they bought it with, and so this isn’t a huge misstep, but I would hate for someone to assume the lube is water-based and use it with a silicone toy.

But here’s the thing. Yes, the rings feel wonderful sliding into me. Don Wands describes them as providing an “undulating” sensation, and that’s about right. But the rings only last for 3 1/2 inches. After that, things get awkward. I tried just thrusting with the first 3 1/2 inches, but that wasn’t enough length to satisfy me. So I inserted the toy and thrust the ribbed part while it was all inside of me. That was actually difficult to do, and didn’t provide much extra sensation.