Say hi to my new sponsors!

Five companies are now sponsoring the orifices/appendages that are NOT my genitals. 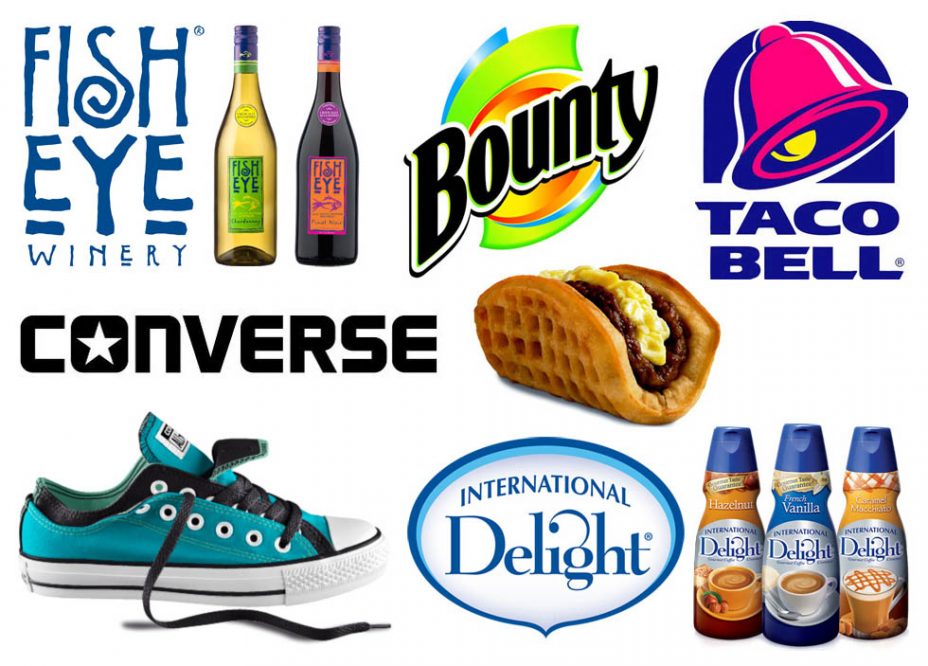 Although I do love these companies, this is an April Fool’s joke. GOTCHU.

Being a niche blog, and one dedicated to something that a percentage of inhabitants of earth refuse to even talk about, I’ve spent years growing relationships with companies in the adult industry alone. But a few months back, one of my friends suggested reaching out to more “mainstream” places, like those who make my favorite non-dildo products. The idea sounded just crazy enough that it might work.

Heaps and heaps of emails and wishful thinking later, I’m happy (and surprised) to report that five companies have agreed to sponsor me and the orifices/appendages that are not my genitals. These things can’t give me orgasms, but they will make my life easier, more delicious, and perhaps even more productive.

I plow through creamer like it’s water, and have ever since  I started drinking coffee roughly 13 years ago. My morning begins with coffee doused with creamer — OR ELSE. Finally, a company has agreed to indulge my shameless addiction. International Delight makes my favorite creamer flavor of all time, Caramel Macchiato. I’ve had flings with others, like Coffeemate’s Cinnamon Vanilla Creme, but I distinctly remember the first time I tried I.D. Caramel Macchiato. LIFE CHANGING.

With International Delight’s sponsorship, I’ll be getting a delivery of fresh creamer each week, and I’ll be able to sample all the new and strange flavors without risking my wallet. Which is a relief, because I am petrified of mocha-flavored ones and anything that is meant to mimic cream cheese. (You’d think that’d be obvious, but then Cinnabon happened.)

As a sweet bonus, they’re also sending me a lifetime supply of these, so I’ll never have to endure plain cream and sugar at a breakfast establishment ever again.

I’ve been wearing Converse since I was a teenager and discovered this thing called “writing lyrics on the rubber of your shoes to make yourself look deep.” Also, I’m lazy, and if I know my size and can order something online, I will do so. So, even when I’m supposed to be professional, I wear Converse. I have several pairs, including some gorgeous gold sparkle ones I found on eBay. And now… now, they let me design my own Epiphora-themed pair, and they are GLORIOUS:

The people at Converse have been nice, although a bit aloof and clueless. They sent me several pairs of high-tops despite my expressed distaste for those, as well as a USB drive full of modern music that they dubbed the “Chuck Taylor Brand Emissary Playlist.” I replied that instead of free music, I’d prefer that they cover the medical bill for my future flat foot problems. They were not amused.

Coming in a close third to coffee and water, wine also keeps me alive. For years I avoided it, sucking up pineapple rum instead — but when I began losing weight, I switched to wine. Usually white. Usually chardonnay, but I’m not picky or discerning. I still don’t love the taste of it (although mixing orange juice into it for a “white trash mimosa” is pretty sweet), but it gets the job done. It is my drink of choice for porn watching get-togethers, Skype dates, meeting new people who may or may not murder me, Sybian-riding parties, yelling at the internet, and making politics bearable.

I like Fish Eye because it’s cheap as shit, readily available within a few blocks of my apartment, and it’s vegan, which is important because although I’m not vegan, some of my best friends are. The only awkward moment was when they asked me how many bottles I would like per month. Um…

Paper towels are the cornerstone of my sex blogging existence. I use them for so many things:

Being a cheapskate, though, I’ve always settled for whatever’s cheap. Sometimes I’ll run out of paper towels and have to resort to setting my toys on printer paper. Truly low points in my career.

Thankfully, Bounty has ensured that I won’t endure these kinds of hardships ever again. They readily understood my plight and sent me so many paper towels I had to clear some space in my garage. “Let us know if you need us to replenish your stock,” they told me. I’m taking this as a challenge.

I’ll admit, my first choice for a meal sponsor was Panda Express, but they ignored all my emails. That’s okay; Taco Bell and I were destiny. Of all the companies in this post, they were the only ones to contact me first, via a Twitter DM which read: “Hi! Seen yr tweets about us. U definitely think outside the bun!! Wld love 2 sponsor u if ur interested. We can offer free food for u & ur friends. #blessed.” Um, yes. I’ve always been a fan of Taco Bell, as evidenced by my first ever tweet about them:

As per our agreement, I will be provided with a special card I can use freely at any Taco Bell location, not to exceed $300 per month. So everyone: Taco Bell feast at my place! And they are now serving breakfast, so I’ll be covered for all four meals of the day. Seriously can’t wait to scarf the Waffle Taco.

Here are the companies that either denied me or didn’t reply to me. No hard feelings, bro, but maybe you’ll reconsider when you see how influential I can be? If I can make someone throw out all their jelly toys, order a bunch of Sliquid, and have their first G-spot orgasm in just one week, think of what I could do to elevate your brand!

Sidenote: I am still looking for a pajama pant sponsor, but have yet to find a brand that lives up to my expectations of comfort. Contact me if you have any suggestions.

Mr. Coffee. I already have a mug warmer for every room of my house, so that was covered, yet they still called my demands “unreasonable” and “excessive.” Apparently a grinder, an espresso machine, a K-Cup machine, a latte machine, a frappe machine, and an iced coffee machine were “overboard.”

Acer. My whole life is divided between two gorgeous Acer monitors. I had begun dreaming of a four-monitor set-up and tried to make the guy at Acer understand my vision, but he shot me down: “we try to distance ourselves from the lascivious activities our products are truly used for.”

uni-ball. The Jetstream is my all-time favorite pen, but considering I’m writing this with a computer, they were not interested. “Contact us in the future if you decide to handwrite your blog on papyrus.”

Rockstar. Energy drinks are one of the only reasons I get anything done; in fact, you can thank Rockstar and bad music for the design of this site. My talks with Rockstar were moving along nicely, and I even sent them a list of my favorite drinks (Recovery Orange and Pure Zero Mango Orange Passionfruit, NO “COFFEE” STUFF OR I’LL SLIT YOUR THROAT), but when it came time to pay me, they replied, “wait, uh, what, you’re not a dude?” and ceased all correspondence.

CamelBak. I use their water bottles religiously because they’re the only ones I’ve found that don’t leak and can withstand being constantly knocked onto the floor by cats. Despite what I considered a gripping testimony of my allegiance to their brand, they denied me because my “lifestyle” is not “healthy” enough for them.

Peeps: when you’re as famous as me, who will you get to sponsor your life?