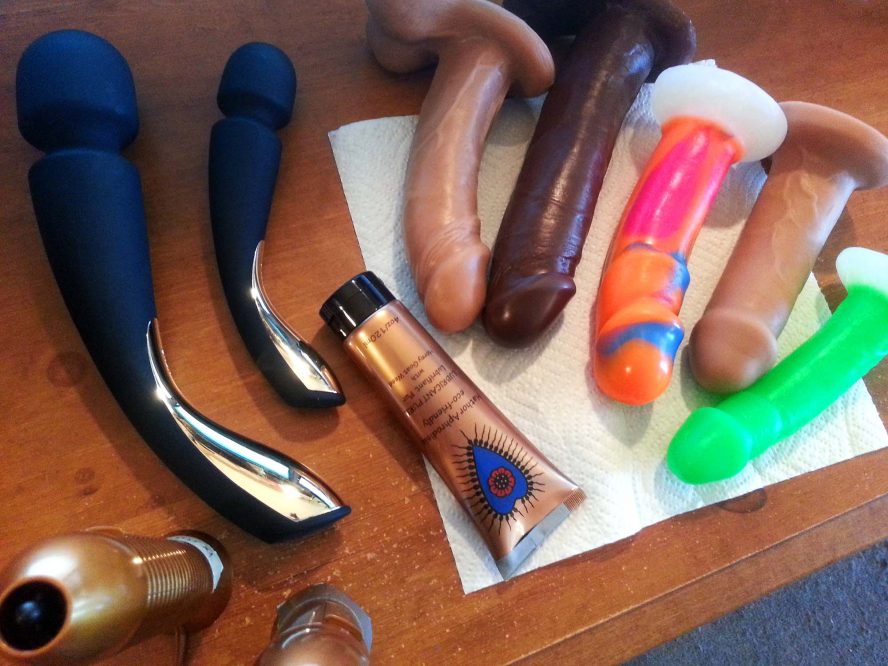 I was really excited to watch the latest video from Wolf Hudson’s website, as it starred Kimberly Kane, but turns out it was just a 9-minute smothering video and only about 3 minutes contained actual naked pussy over mouth. My next choice of smut, then, was the Hangover parody — James Deen’s scene with Dana Dearmond. At one point I minimized it, and suddenly it sounded like a tiger tearing flesh. APPARENTLY THIS WAS HAPPENING:

Something similar took place earlier in the month when I was watching Kristina Rose: Unfiltered. Is this a hot new ~thing~? Please say no. It hurts my skin.

Throughout all of this, one of my cats kept insistently yowling at me. So I got up and shuffled into the kitchen, pajama pants around my ankles, to give her some treats. “I’m glad you don’t understand how ridiculous I look right now,” I said to her. Then I returned to my post at the desk and finished jacking off.

For the first time in months after getting the Nexplanon in my arm, I was bleeding. Fairly heavily. Most of it was just chilling in my vagina, though, waiting to be carved out with a toy. So I did that with the best possible object: the Jopen Key Comet G Wand. I also tried this new lube, Please Cream from Good Vibes. Boy is it white!

He stops thrusting and just watches her get herself off — a quiet, nearly silent orgasm punctuated only by him growling “oh my god” as he watches.

When I was done, I instant messaged my boyfriend.

Epiphora: okay i am done and all obscene objects have been removed from my orifices
Epiphora: you are free to roam

But the SmartWands were dead, drained of a charge, and my self-control is disgustingly bad. This is the session I called “a disastrous failure on several reviewer-levels” because, despite three orgasms (one on each setting of Frankie’s Eroscillator — no joke), I repeatedly came too soon and didn’t gather nearly enough information. This is my life.

I sat down with the Eroscillators and the Fun Factory Stronic Eins once and for all, feasting my eyes on Code of Honor. Watching James Deen and Stoya ooze cuteness all over each other, I tweeted, “Testing sex toys that are good while watching @JamesDeen and @Stoya is a recipe for disaster.”

AND THEN STOYA REPLIED.

The whole time I was like PLAY IT COOL, EPIPHORA, PLAY IT COOL. I wasn’t always sold on her, but now I’m officially ruling her adorable. What do you guys say — I should definitely add “and Stoya replied to me on Twitter once” to my about page, right?

I had four fucking orgasms by the end of this session. Told you so.

Picking up where I left off on April 11th, I laid out a smorgasbord of sex toys for comparison. Yet I remained doubtful that I’d use all of them, because, uh, there were NINE.

The field was immediately narrowed when neither of the Smart Wands would turn on. Those fucking Smart Wands do not hold a charge for shit. I am over them.

When it was all said and done (and all toys had been placed in/on me at various points), I had around five orgasms. Because apparently I’d rather just have more orgasms than exercise some self-control.

Called an emergency porn-watching party with my mates so we could consume Farrah Superstar: Backdoor Teen Mom. I tried to persuade the others not to read the numerous articles about the video so as to avoid spoilers. Such as: Farrah doesn’t know how to unbutton a man’s jeans. Farrah uses the same tone of voice with James Deen as she does with her 4-year-old daughter. And most distressingly of all… Farrah squirts.

And she wasn’t doing so hot either. Her moans sounded like “ow” more than “oh.” She complained about her ass being in pain. She eyed the camera disconcertingly, as if she could will time to pass quicker. After the sex, the way she covered her face with a pillow and murmured “I’m embarassed” was truly brutal.

I’ll just say this: all of it was an insult to people everywhere who would give anything to fuck James Deen.