Shops that need support most: brick and mortars such as Early to Bed, She Bop, and Smitten Kitten! More info
DildosSex Toy Reviews
June 4, 2012 23 2 min read 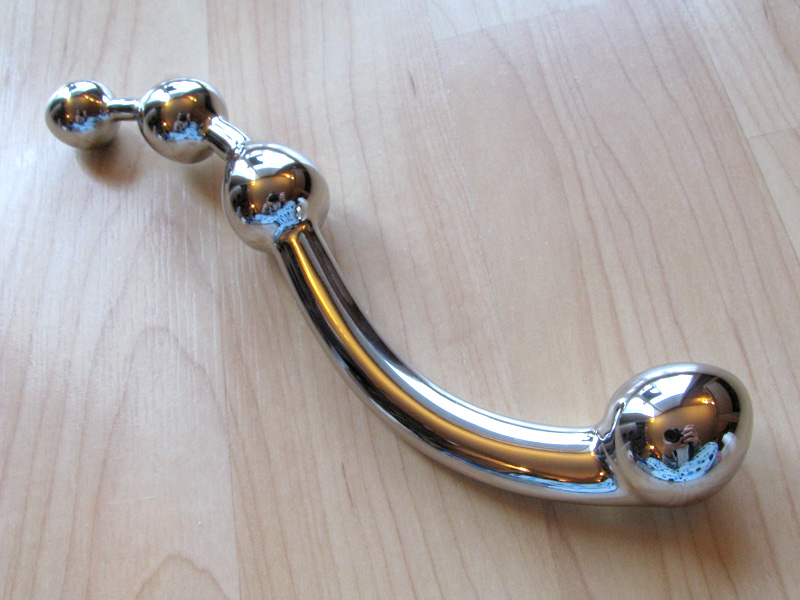 Which I think is totally fair. When your big sibling is the Pure Wand (A.K.A. one of the best things to ever enter my vagina), it’s clearly the overachiever in the family and you’re just the smaller, oddly-shaped younger sibling. The Fun Wand is also about $20 cheaper, which seems to be a draw for people originally looking at the Pure Wand. Same manufacturer, same shiny stainless steel, why not save a few bucks?

Because YOU DON’T UNDERSTAND.

Maintaining any semblance of objectivity with this one is hard1. But when one has experienced the glory of the Pure Wand and is aware that the same company also produces the Fun Wand, how is one supposed to avoid endless comparisons?

Get the Fun Wand at njoy, SheVibe, GoodVibes, Babeland, Early to Bed, Smitten Kitten, Pleasure Chest, Come As You Are (Canada), or Lovehoney (international).

Or get the Pure Wand at njoy, SheVibe, GoodVibes, Babeland, Early to Bed, Smitten Kitten, Pleasure Chest, Come As You Are (Canada), or Lovehoney (international).