Guess I’ll become a full-fledged stoner with weed spilling out of my vagina. 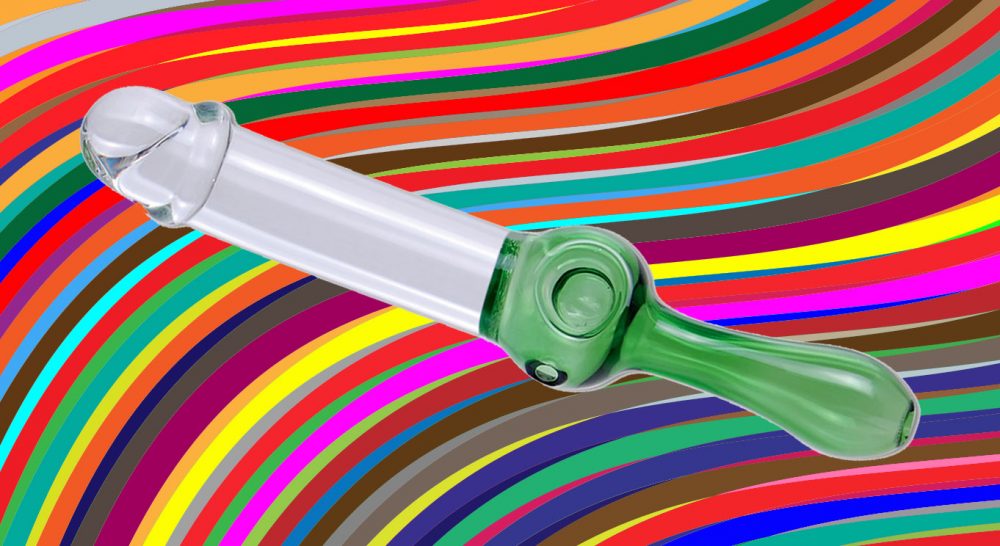 So this is an actual thing.

This 10″ glass dong is smooth and sensuous and doubles as a pipe, perfect for enjoying your favorite smoke right before you enjoy each other! Try it with a friend; one takes a toke, the other gets a poke!

On their website you can witness the ANIMATED GREEN SMOKE EFFECT. Their slogan is “sometimes a cigar ISN’T just a cigar,” and yet, two seconds later, they state that “even though you will be tempted to try it… this cigar is NOT meant to be used as a sex toy.”

So it is just a cigar then. Right.