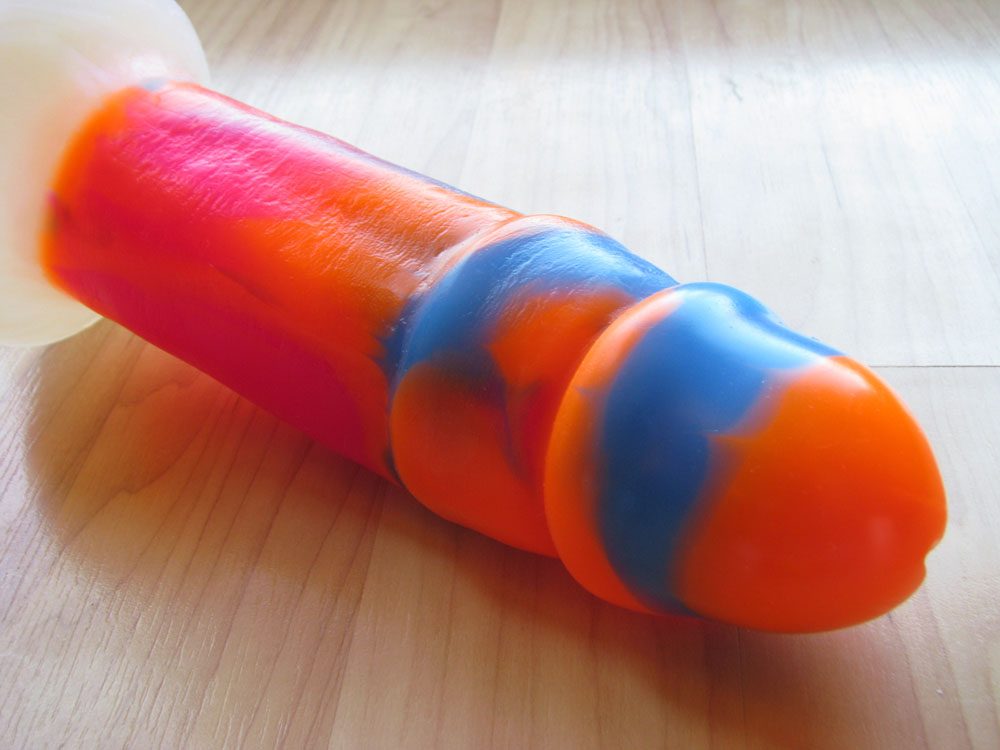 Limited edition tie dye Maverick. My first one was a flesh tone.

I HATE WRITING POSTS LIKE THIS, but you guys deserve to know before it’s too late.

These beauties from Vixen Creations are going away. All neon Mavericks, including the tie dye one, are being discontinued, as is the neon green Mustang. I guess we can’t have nice things. That appears to be the only explanation. (I’m sure Vixen would tell you that these weren’t selling well enough, but I won’t listen to reason.)

If you’re one of those people, you’d better snatch one of these up before the colors are gone for good. Maverick and Mustang are two of Vixen’s top-selling shapes (and two of my faves), but remember — their specs are quite different. While the Mustang is a modest (yet, even for me, fulfilling) 6.5″ insertable by 1.5″ wide, Maverick is a beastly 7″ insertable by 2″ wide. Choose wisely, peeps.