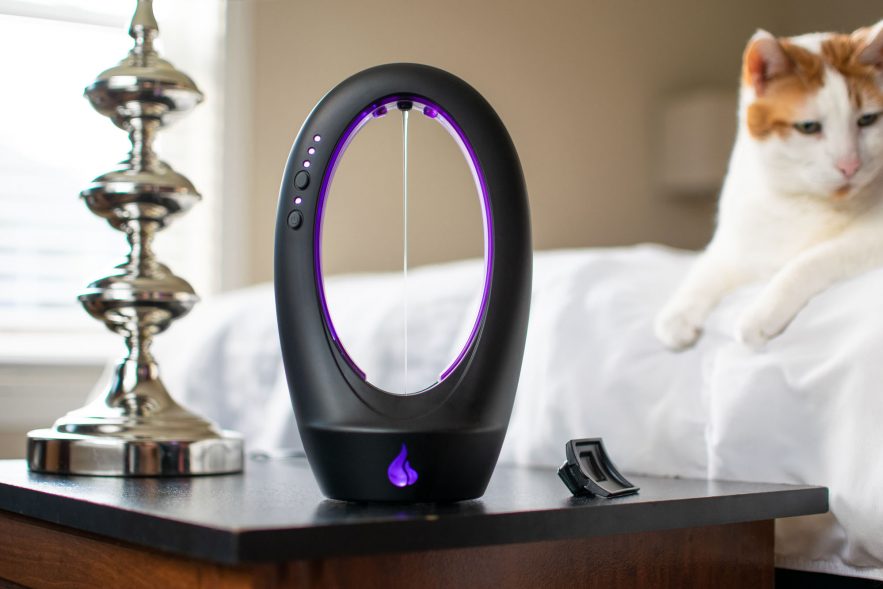 The problem of the lube bottle is one that manufacturers have been grappling with for some time. Awkward flip-top caps with drippy squeeze tubes, clog-prone pumps, literal tubs that you scoop lubricant out of with your bare hands… these are all imperfect, sometimes messy ways of transporting lubricant from container to genital region.

Really, lube bottles themselves are so last decade. In this new era, you need not suffer through even holding your lube bottle, much less struggling with its cap or accidentally split-streaming on your partner.

You may recall my genius move back in 2016, when I perverted an automatic soap dispenser by filling it with lube. Never forget, I‌ alone started this revolution:

This thing has revolutionized my sex life, both solo and partnered. In the dark, my partner and I giggle each time the dispenser emits its quick little bzzzt. We seamlessly transport lube from our palms to our genitals. We spurt it on toys and carry them with our hands cupped underneath as if to catch crumbs. Lube is more integrated into the experience of sex, less of an interruption… it’s simply easier.

The convenience of hands-free lube dispensing is usually worth the fuss, but I knew a fancier device would come along eventually. The sex tech revolution would find a way to monetize this concept, and they did. One company went too far, pushing a $200 dispenser with proprietary lube pods. Another, Warm, emailed me out of the blue one day. They were developing a dispenser and wanted me to test the prototype.

The contraption has a name now, a doozy of one: the Touch Automated Personal Lubricant Warming & Dispensing System. (Lube must always be personal, you know, like an opinion.) At 9.25″ tall, it commands respect and requires a fair bit of desk space. Err, nightstand space — I assume that’s where normal people would put theirs. You’ll need an outlet nearby, within six feet, as the Touch is AC-powered and a bit of a wall wart.

The Touch is picky about which lubes get along with it; its marketing recommends “liquid lubricants and massage oils,” which is a sly way of saying that consistency matters. The thinner, the better — my friend JoEllen found that even Sliquid Organics Gel was too thick, causing the lube to foam up and dispense at a snail’s pace. I use Sliquid H2O, like a basic bitch. Any runny silicone-based lube would also be fine.1 And, yeah, massage oil, just don’t put that stuff on your genitals.

To fill the Touch, you remove the plastic drip tray and pour lube into the bottom reservoir, which holds up to 4 ounces. Prime it by holding the dispense button, sending lube through the system until it streams down into the base. Stare in enraptured fascination as the liquid pours forth, so beautiful, so steady. Then, select one of three dispense amounts, from a pea-sized blip to a quarter-sized puddle. I like the setting in between.

When it comes to the warming feature, I suggest you turn your expectations down several degrees. The Touch heats lube to just above body temperature — it takes the chill off, but that’s about it. The sensation of warmth against my genitals dissipates almost immediately, mere seconds after application. There’s a fleeting moment of “ooh, that’s nice,” and then it’s over. Especially vaginally, where added heat only “blends into my apparent inferno of a vagina.”

For context, though, I’m not one to complain about cold sex toys. Some people do, very dramatically, but I am not one of them. I don’t microwave my silicone toys or twirl my glass ones under a steaming tap. I expect stainless steel to be cold and when it is, all seems right with the universe and I continue jacking off until my inferno vagina works its magic.

This probably explains why I didn’t connect at all with Warm’s other attempt at heating things up: a sex toy warming pouch. In a draft I never published, I wrote “the inevitable question becomes: what does this do that a bowl of hot water or basic heating pad cannot? The answer: nothing except drain your wallet of $150.”

I‌ suppose there are situations in which a handheld lube bottle would be preferable, particularly if you want to get the lube onto genitals without toys involved, so just think about… how you have sex, I‌ guess? I’m imagining someone applying lube to a penis as if it were mustard on a hot dog — you’d probably prefer a portable lube bottle in that scenario. Walk yourself through it, and decide if this device would be a welcome addition or a nuisance.

After I came back from my recent trip to Maui, the Touch was clogged. Of course, I only realized this when I was already naked from the waist down with my sex toy smörgåsbord laid out. The dispenser was sputtering, barely dribbling out lube filled with air bubbles. I had to clean it, but I was worried because the manual wanted me to use rubbing alcohol. Me and rubbing alcohol… uh, we had a falling out.

You see, when I was prototype testing the Touch, I put lube into the device straight out of the box, and I paid dearly with my vulva. The lube was tainted with the rubbing alcohol that had been used to clean it. The burning was instantaneous and alarming — it’s the only time in my career that I’ve had to rush to the shower to manically rinse my genitals. And while a tiny, freakish part of me was glad to finally be inducted into the burning genitals club, the rest of me was screaming.

So rinsing thoroughly is paramount to cleaning the Touch. I’m shocked the manual doesn’t stress this, particularly because the company knew it happened to me. Basically, you fill the reservoir with rubbing alcohol, shake it gently, run the priming mode for a few minutes, then dump it out 2 and do the same thing with warm water. The manual only mentions the water step once. I strongly, intensely recommend you repeat it at least twice, if not three times. Use your nostrils. If you smell any hint of alcohol, keep rinsing. Thank you. This concludes your genital safety PSA. 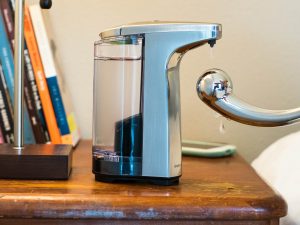 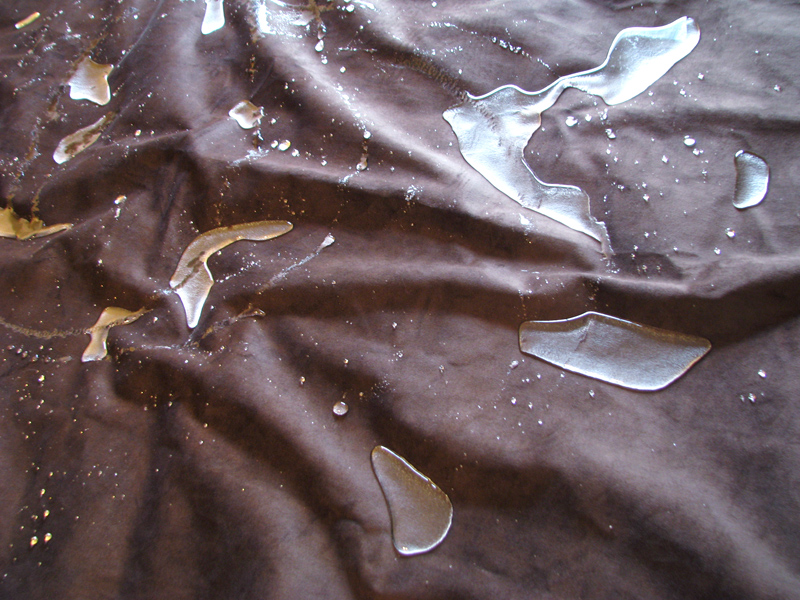 At $109, the Touch is definitely a splurge. Maybe you’re one of those “I’ll-try-my-luck-with-sketchy-Amazon-listings-instead” people. Godspeed, and let us know what you discover. There is evidence to suggest that some cheapo dispensers work on dark objects; a reader of mine conducted an experiment at my behest, and we theorized having two sensors is the secret. These sensors are likely triggered by a lack of light, when an object intercepts it, rather than by light reflected off said object.

If only eradicating racism was as simple as adding additional sensors to people.

There’s something to be said for having a lube dispenser that looks like it belongs in a bedroom, not a hospital. The Touch unequivocally has that sizzle factor, and if it’ll make your sex life more carefree and fun, who am I to judge what that’s worth? I mean, yes, it’s my job to tell you if something sucks, but in this situation, level of suckage is relative. There are definitely things that suck about the Touch: the cleaning process, the lube requirements, the price. But a hands-free, gently warmed, sensual experience? May be the exact kind of luxury you’re chasing.

Life is short. Follow your delight. Get pineapple on your pizza, take over the biggest table at the coffee shop, get a robot to dispense lube into your waiting palm. Automation may be tearing apart the very fabric of our society, but we never had lube butlers to begin with, so fuck it. If it excites you, you too can have your own personal light-up lube fountain. And I’m not about to tell you you don’t deserve that.