Are you READY to ROCK?! I’m not, and apparently never was! 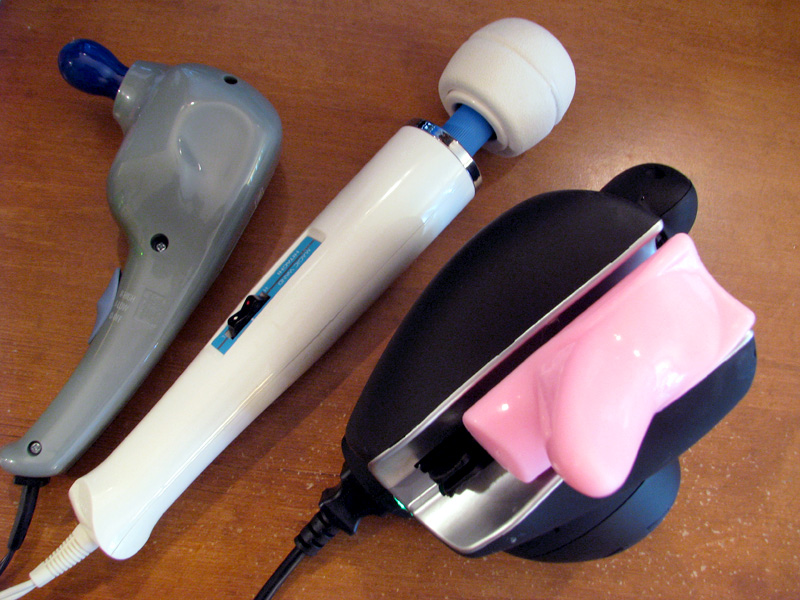 Lovehoney sure likes to keep secrets from me. First it was the Sqweel, and now the ominously-named Rock Box, which I had to apply to review without knowing much beyond the fact that it was THE WORLD’S MOST POWERFUL SEX TOY!!!1!!1. Considering that phrase no longer means anything to me, undeterred and with a flourish, I wrote in the application box:

I like to ROCK. And I have a lot of Aerosmith I could listen to whilst using the Rock Box.

Apparently that was good enough, because Lovehoney sent me the Rock Box. Which is approximately ten times more ridiculous than I imagined it would be. The Hitachi is often called a power tool, but the Rock Box takes that shit to another level entirely. And not in a good way. Not in a good way at all. Not only is it gigantic and looks like a sander, but it sounds exactly how you’d expect, and probably worse.

The Rock Box comes in a big ol’ cardboard box. Its manual is about the size of a paperback book, and only in English. Despite the photo on the cover that looks virtually nothing like the actual sex toy, I really like this manual. It says “GET READY TO ROCK!” on the front, so how can you go wrong?

The Rock Box likes gender norms, as it comes with two attachments, one for each of the only two genders that exist on earth. The male one is black and flat (with a few subtle ridges), and the female one is Pepto Bismol pink and shaped like a huge tongue. The jokes write themselves. The attachments are made of TPR, which of course I didn’t know until it was too late. They smell a bit and are porous, which is going to become a problem when I want to get rid of this thing. Like yesterday, because it takes up way too much goddamn space in my apartment, and that just will not fly for something that makes me cringe whenever I look at it.

I feel I cannot adequately describe the awkwardness of holding this thing. It weighs 2+ pounds with the female attachment. You’ve got the choice between one hand or two. With one hand, you grasp the weird handle. With two, you just hold on to the two sides for dear life. It doesn’t really matter which one you choose; either is going to debilitate your hands with itchiness. Best of all, the on/off button and wheel for selecting a power level are in completely different areas of the toy.

I’ve (begrudgingly) tried the Rock Box in many positions, and none of them alleviate the hugeness and the persistent itch. I can place it between my legs while lying down, but only if I allow the tongue to rest against my vaginal opening (the toy won’t sit flat due to where the power cord protrudes), and then my thighs quiver and itch. I cannot straddle the Rock Box, either. I end up in a gorilla stance, hands on the bed, shaking my head at what I’ve become.

You know, this toy is really not that far off from the Rock and Roll Massager. It comes with a similar flavor of shame. 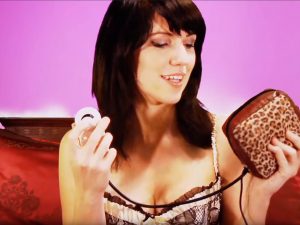 “Vibrate” isn’t really what the Rock Box does; its attachment gyrates at 5,000 RPM. As such, the stimulation on my genitals feels wonderful, like a very exaggerated version of what the Eroscillator feels like. If I could isolate that feeling, somehow divorce it from the bumbling, gigantic black device that creates it, we’d be golden. But no. I’m flattered, Lovehoney, that you think I am capable of making things levitate and controlling stuff entirely with my mind, but I have hands that I have to use. And ears that perceive sound.

Seriously, my neighbors probably think I’m sanding a fucking table over here in my apartment.

The cord is a borderline-excessive 16.4 feet long, and seemingly quite sturdy, except… the cord eventually falls out when you turn the Rock Box up to the highest level. It’s as if it has a sensor for when I’m about to orgasm, and that’s precisely when the cord becomes dislodged due to the extreme shaking. I guess you could wrap some duct tape around it to help it stay in… because if it didn’t look enough like something from your dad’s garage before, it would then!

Playing devil’s advocate, I asked him if at least the power wasn’t impressive. Without hesitation, he replied, “strength alone doesn’t make it a good toy. That’s like saying Rush is amazing because of the drummer.” In conclusion, the Hitachi is “way better.”

(On a gross but sadly pertinent side note, when I brought the Rock Box to him, he thought I had already used it and left my “gunk” on the attachment. NOPE, JUST A DISGUSTING AMOUNT OF CAT HAIR AND LINT.)

The Rock Box is cumbersome. It is inefficient. It is not easy to control. Compared to the Rock Box, everything is ergonomic. Including the Hitachi and Wahl, which are each .8+ pounds lighter than the Rock Box and are both able to contain their powerful vibrations without numbing my hands off or breaking my ears. AND LOOK AT THAT, they’re both also a LOT cheaper. Like, the Wahl is cheaper by $130.

Easily, the best thing about the Rock Box is its long-ass power cord, which the boyfriend has quickly stolen to power his computer and/or musical instruments.

But I’m pissed because I really did have hope. Rock Box is such a cool, freakish name, and the world needs more uber-strong sex toys. At £100 (about $158 USD), it is exceedingly not worth the money. And I have nowhere to store it. I guess I’ll put it in its cardboard box and shove it under the bed. Sometimes the cat decides to pee on any box under the bed, but eh, I don’t even care.