This toy causes some of the most profound, unforgiving G-spot stimulation I’ve ever experienced. 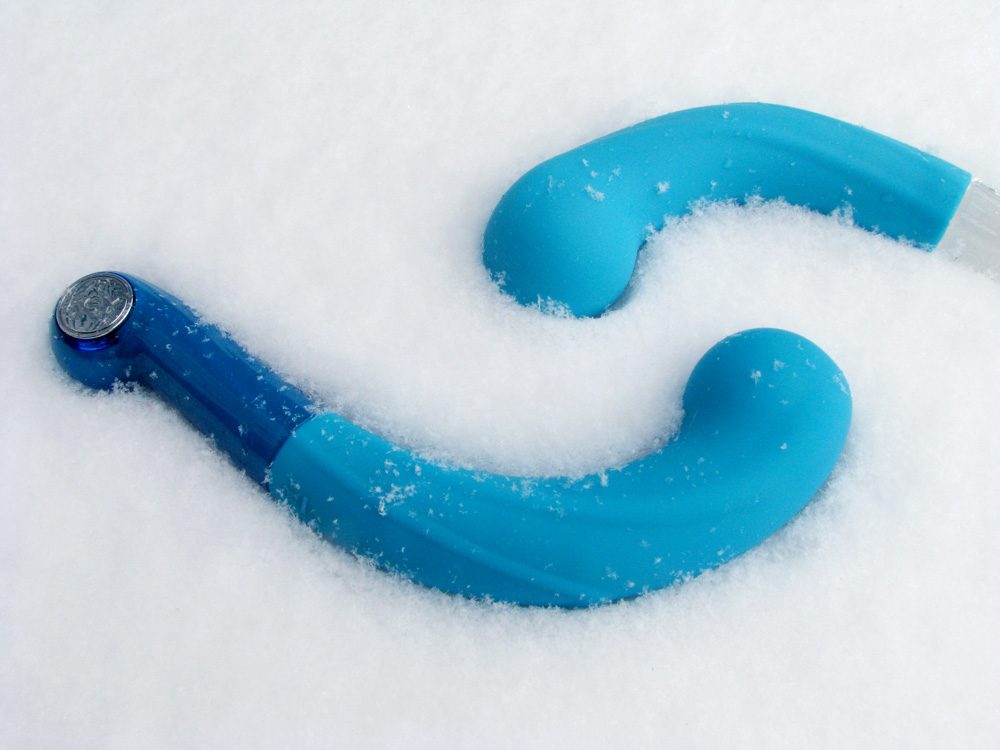 Bloggers created a wave of hysteria following the release of the Jopen Key Comet G Wand.

“It effortlessly strokes the fuck out of my G-spot and makes me thank my lucky stars I was born with a vagina,” Girly Juice raved.

“I was 38 years old and found my G-spot for the first time in my life with the Key Comet and the blended orgasms I can get with it completely blow my mind,” Dizzygirl wrote.

Being the bigwigs that they are, Jopen (owned by California Exotics) capitalized on the success and quickly churned out another: the Jopen Key Comet II Wand.  A rechargeable, vibrating version. The only design in the Key line to get a second generation. GIVE THE PEOPLE WHAT THEY WANT.

Luckily for everyone, the Comet II is simultaneously a worthwhile choice for those who’ve yet to own a Comet Wand but not a necessary purchase for those who already do. And hey, I’ll take the opportunity to rave like a lunatic about this toy all over again. Because every time I use either of them, my G-spot loses its fucking mind right along with me.

Design changes between the Comets were kept to such a minimum that I had to keep editing the word “slightly” out of this paragraph. The two toys are nearly the same dimensions, but the Comet II is about 1/4 inch thinner where the silicone meets the handle. The silicone on the Comet II is greener and silkier, with a tiny bit more squish on the head. Speaking of the head, it’s slightly (oops) more pronounced on the II — there’s a deeper dip under it.

The Comet II has disposal markings1 on the back along with the two charging magnets (it charges via USB cord), but they can hardly be felt with a finger, much less my vagina. It comes with a crinkly black satin bag, but I don’t recommend storing it (or anything else) in there because my Comet II has developed2 some very faint dark staining on the silicone.

Because the new Comet is made with plastic instead of glass, it’s only 6.4 ounces in comparison to the original’s 9.2 — a difference of 2.8 ounces (or the weight of a can of french fried onions). This discrepancy is not as noticeable as you’d think. I like the glass handle on the original, which clinks under my fingernails like a piece of fine glassware, but my nuanced vagina can hardly feel the weight difference.

Finally, the silver Key emblem on the handle is now a button which revs up the beast. I was concerned this button would be too easy to press, resulting in jarring unwanted vibrations. But thankfully, it must be held for a good second to turn it on, and I never accidentally do that. HOWEVER! I hold it with my left hand. If you do the opposite, it’s possible your thumb might rest against the button. 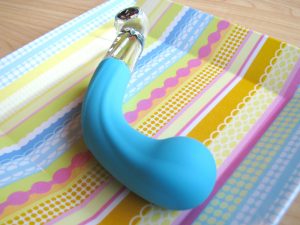 The vibrations are strong but very buzzy, and there’s only one steady setting followed by six patterns. I feel favorably toward the very fast pulse, the low-then-high steady, and the one that’s trying to send the number 7 in morse code to my G-spot.

I’d never use this as a clitoral vibe; the shape is not made for that. And these vibrations have no subtlety — years ago I would have scoffed at the idea of them stirring pleasure in my G-spot. But I’m liking internal vibration more and more, when I’m in the right mood and have a strong clitoral vibe to pair with it. It adds an extra jolt that makes me sit up straighter, and I even like the strong phantom sensation of needing to pee that the vibrations cause.

But for many it could be overwhelming. What the Comet II needs most are lower steady vibration settings and rumblier vibrations. I’m only letting it get away with vibrations this buzzy and unrelenting because it is amazing even with the vibrations turned off. Sometimes more so.

Which, yeah. Let me reiterate. THE SHAPE IS INCREDIBLE. Seriously, I never want to remove this toy from my vagina. I kept having to go back and forth to test both Comets, yet still I’d procrastinate on removing one from my vag to insert the other. I literally did not want to go a few seconds without one inside of me.

And that extra bit of a dip under the head of the Comet II? It makes the G-spot stimulation even more acute. You are lucky you don’t have to watch me using this toy. I do such harsh things with it, like I’m trying to scoop my G-spot out of myself with all of my might. But it causes some of the most profound, unforgiving G-spot stimulation I’ve ever experienced.

I don’t advise buying the Comet II if you already have the first one, because most of the differences are minor. The vibrations can be an intense addition, but they are not the toy’s forte. The shape is.

If you’re deciding between the two versions, though? The original Comet is $75. The Comet II is $80. Yes, it literally takes that five dollar bill you were saving for a footlong sub to get vibrations. This laughable non-difference in price makes my job here much easier: get the Comet II if you don’t have one already. Just do it. I’m serious. Do it for the sake of your G-spot.

Get the Jopen Comet II Wand at SheVibe, Peepshow Toys, or Good Vibes.