Rosa has the battery life and vibration timbre, range, and power that so many toys lack. 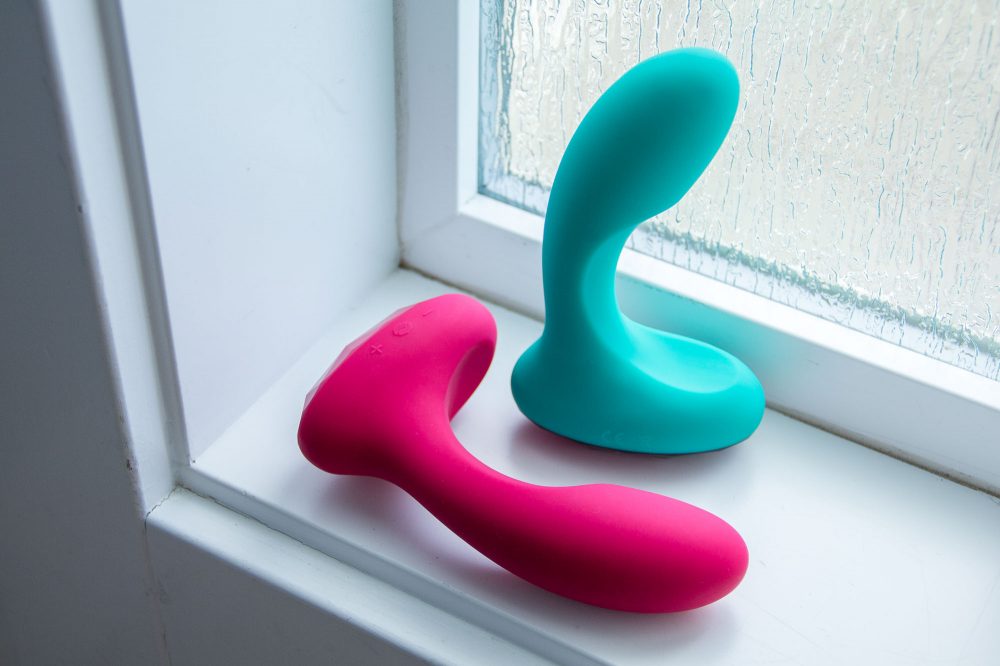 It’s not often that a new sex toy company comes out of the woodwork with a product that immediately garners critical acclaim — but that is exactly what happened with the L’Amourose Rosa. Reports of deep, rumbly vibrations echoed through the blogosphere. My eyes narrowed. My fingers tented. It seemed like maybe, just maybe, a challenger had appeared to rival my all-time fave, the LELO Mona 2.

The Rosa comes in two versions: the original ($180) and the Rosa Rouge (a heated version — $240). First notable thing: these toys are really fucking expensive. $180 for a rechargeable insertable toy is unusual enough,1 and tacking on $60 for the heating element is nearing highway robbery. With no track record of manufacturing quality products or properly addressing support requests, these prices are hard to accept.

It’s allllllllll there. All the accouterments of luxury.

And I’ve gotta hand it to the internet — the reports are true. The Rosa emits a hefty bit of vibration. It has two motors which chug along in tandem, creating rumbly and impressive vibrations. They’re definitely deeper and stronger than the vibrations of the Mona,3 and the appeal was immediately and abundantly clear, to my clit at least.

It began: my long-standing relationship with my Mona was being tested. Clitorally the Rosa was good, very very good, but I kinda didn’t want to accept it. I didn’t want such strife, such conflict. I felt like if I was going to crown the Rosa a superior toy, it needed to be superior on all levels.

But it’s not, and the blame rests solely on that chunky fucking base. Which, by the way, is plastic and beveled on the bottom like the prized jewel in Fireball Island. I mean that as an insult.

I think my hand has formed into the shape of the Mona’s handle, because when I hold the Rosa, it just feels wrong. With Mona my hand is more relaxed, more natural. With Rosa, I have to wrap my whole palm around the base, like I’m about to pitch a baseball or claw someone’s eyes out.

The buttons are also crap. Positioned, as they are, on one side of the base, they’re in the wrong place anytime the toy is held in my left hand. They’re also indistinguishable to my fingers, so I have to glance down at the toy to change settings.

The base is so obnoxiously large because this toy was designed to be a dual vibe. It is an abysmal failure this way, to be clear. I can’t snuggle that base against my clit without poking my cervix with the inserted shaft. And the base is not what my clit wants, anyway. It’s too big and indistinct, and its motor is buzzy and paltry.

It’s also a mess. Lube inevitably finds its way to my hand.

Yet if I try to enjoy only the shaft of the Rosa — which I’d love to do because its shape is extremely good at hitting my G-spot — the base clit-blocks any additional clitoral stimulation. Not cool, man, not cool. My clit should be wild and free.

So I always return to using the Rosa clitorally, loving it, and forgiving all the times it wronged me. Despite the annoying base, the sensation is incredible, and its sheer power is perfect for when I need that final push, or when I’m using a vibrating insertable that’s competing for my genitals’ attention.

The Rosa Rouge differs in only one way: the heating element. It heats up to 104-108 degrees Fahrenheit, or 5-10 degrees above body temperature, and it only takes a few minutes to get there (you can also use the toy sans heat).

Is the warmth groundbreakingly great? No, but it’s nice. It feels more like interacting with another human being, since I associate warmth with human touch (…and heated seats in my partner’s car). But it’s weird sometimes because I also associate warmth in my genital region to overheating sex toys and that one time in college when I got the worst UTI ever.

If a thief made off with one of my Rosas, whichever one, I wouldn’t be gutted — I’d just go on using the remaining one.

Although there is a pretty legit reason to favor the original Rosa. The Rosa Rouge lasts 1.3 hours on high (1.5 with the heat turned off)… and the regular Rosa lasts 3 hours. Yep, longer than Interstellar, longer than Mona. So, really, the Rosa Rouge is too much extra cash and too much sacrificing of battery life.

I also have this concern: L’Amourose as a company is extremely new. We have no evidence of the hardiness of their toys or their ability to support customers. Sex toy companies come and go, I’m afraid, and blindly ignoring that fact would be foolhardy. I can’t act like I trust L’Amourose the same way I trust LELO to, at the very least, produce toys that work for an extended period of time, and replace the ones that go belly up.

The gosh darn down home honest-to-betsy truth, though, is that if the L’Amourose Rosa had a traditional handle, I’d be telling you to buy it right fucking now. The vibrations are undeniably wonderful. The shaft shape is a G-spotting delight. It has the battery life and vibration timbre, range, and power that so many toys lack. In that sense, the Rosa is in a class all its own.

But its base limits its ease of use and versatility, so you must take that into account. Do not buy the Rosa if your aim is dual stimulation, or G-spot stimulation with any space for clitoral stimulation. Buy it if your clit is a power-hungry rumble-lover… with extravagant taste.