Shops that need support most: brick and mortars such as Early to Bed, She Bop, and Smitten Kitten! More info
Best & Worst Sex Toys of the YearGuides
December 31, 2016 17 15 min read

[Check out my annual best/worst tag for older and newer lists!]

2016 has been a trying, infuriating, exhausting year, and it seems trivial to jump straight to sex toys without acknowledging that. But this is also a year in which we’ve needed to learn how to remain resolute amidst unbelievable pain. To laugh at the absurdity of our world. And if you want absurdity, oh, look no further than my life.

2016 was the year I expanded my horizons by attending several queer play parties. I also went to AVN in Las Vegas, where I put my finger in a twerking butt, met some of my porn idols, and stood on a man for the first time (it was great). I got recognized at a sex shop in Vancouver, BC and felt like a goddamn rockstar. I treasured my time with close friends, colleagues, mentors, and fans. I turned 30, cut my hair, got a sex toy manicure, and — most of all — adopted a new cat, my beautiful hairless child. Twitter even refrained from shaved pussy jokes.

Before we bid good riddance to 2016, let’s remember some of the best and worst sex toys that came in contact with my genitals this year. Because there were some really good ones! And some absolute garbage ones that you should never, ever buy.

As in years past, I’ll first list the best/worst toys, then give out awards such as “I Risked My Life for You; You Are Welcome.” I’ve added three new awards this time: “Best of the Rest,” “Social Media Excellence” and “Old Faithful.”

Don’t forget to comment with which toys you loved and hated this year!

The Ends Justify the Means

(My favorite review and quotes of the year.) 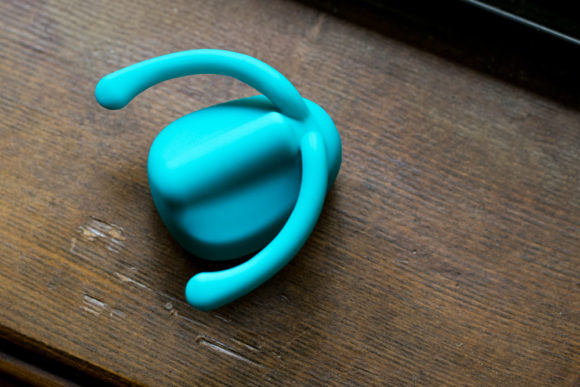 Usually the mark of a strong review is how amused my boyfriend is by it. With this one, of the bug-like and amazingly bad Eva, he kept giggling at my dumb jokes, even calling my second-to-last-paragraph “some Oscar-winning shit.” So, I guess it’s good! (To my deep amusement, he didn’t like the way I referenced vaginas guzzling champagne because, according to him, “vaginas don’t ingest.” Well excuuuuuse me!)

Here are my favorite zings from the year.

Usually, my labia don’t cross my mind often… but then the Dame Eva came along, and suddenly I was digging around in there like a raccoon foraging through the garbage.

Moral of the story: you probably shouldn’t invite me to stay in your family’s cabin. I’m apt to squirt on your parents’ towels.

My G-spot can’t speak English, but here’s a rough transcript of its thoughts when I use the Rave:

. . . I like the way I can wedge the koala’s ear into the side of my clit. That is a sentence that should maybe never be taken out of context.

Eva tries to keep your vagina accessible, open to being penetrated at all times. You know, so objects can slide into it. Or fly into it. Or plop into it. Whatever. I don’t know how you have sex.

I set the suction cup on the side of the tub, where my cat promptly batted it onto the floor while yelling at me. He seemed worried about me for some reason. Intuition, I guess. I should’ve trusted him.

Best of the Rest

There has been a draft of this post, “A sex blogger by any other name,” in my dashboard since 2014, but in the years since then, the importance of my chosen pseudonym has come into sharp focus. I’ve mustered the strength to own the name, to claim it confidently, which I now realize was necessary for this post to come to fruition. It even prompted a new blog category, “Break Out the Tissues.”

(My most difficult review to write.) 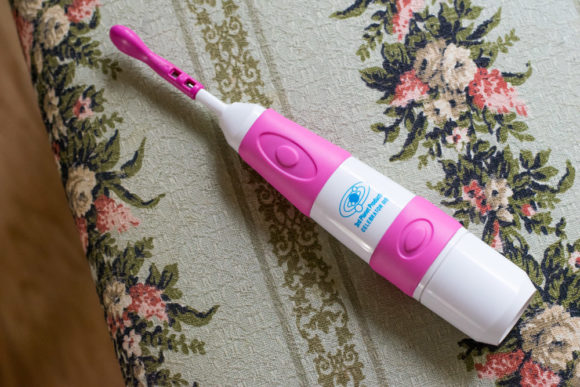 A moment of silence for my pride. When I expect to hate something, then don’t, and that thing is also atrociously pink and pretty much only stocked on Amazon and potentially not even body-safe, it freaks me out. I don’t like admitting that I’m wrong, but that’s basically what I had to do in my review of My Celebrator. I also got to complain about pompous men, though, so overall, a worthwhile review.

I Risked My Life for You; You Are Welcome 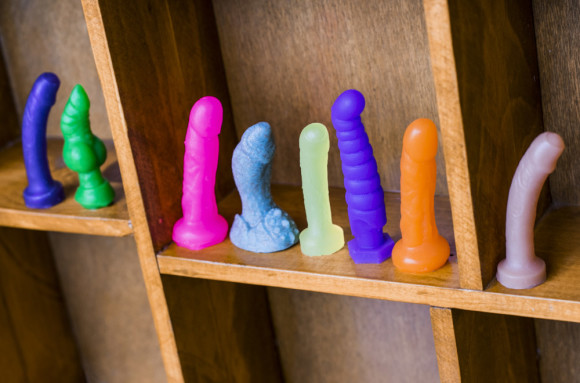 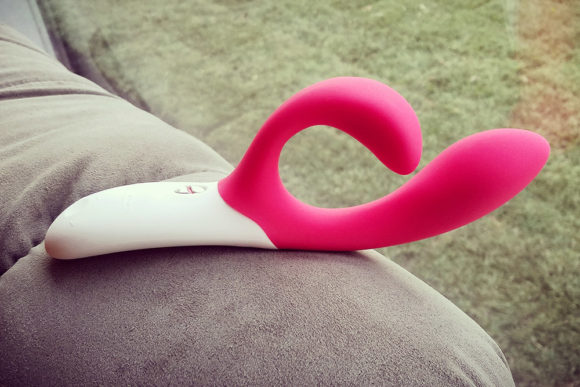 Hell has frozen over: I like the We-Vibe Nova. I realize I risk damaging my cred by saying so, because historically, I dislike dual/rabbit vibes. But… this one lines up with my anatomy, and the vibrations are decent, and the clitoral part isn’t some wimpy pokey shape. The Nova’s wave-like clitoral arm isn’t meant to arch over the clit but instead push up against it, bending back in use. This means I can actually thrust a little and maintain clitoral stimulation — a rarity for a dual vibe.

The Nova is, of course, still anatomy-dependent. It doesn’t work for everyone. Still, it’s an example of how, by tweaking familiar shapes and thinking a little outside the box, a company can create something fresh.

…And Two Steps Back

(A toy helpfully undoing all our progress.) 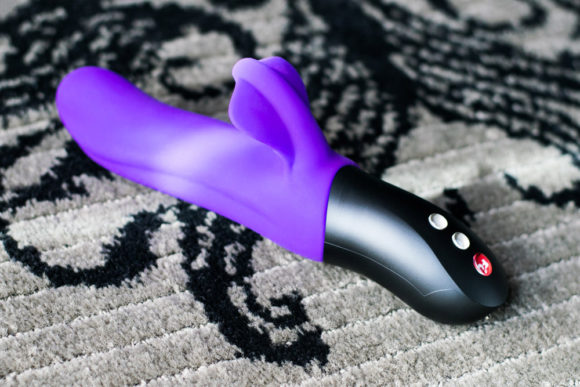 So here’s how you don’t make a dual-stimulation toy, as demonstrated perfectly by Fun Factory’s Bi Stronic Fusion. Don’t equip it with a shaft that moves, and therefore breaks the clitoral contact with every thrust. Don’t give the external portion of the toy the shittiest buzziest motor in your arsenal. Don’t charge $219 for it — nobody is that sure it will fit their anatomy. Just don’t. You’ve upset me now.

(A toy that got a lot of action this year.) 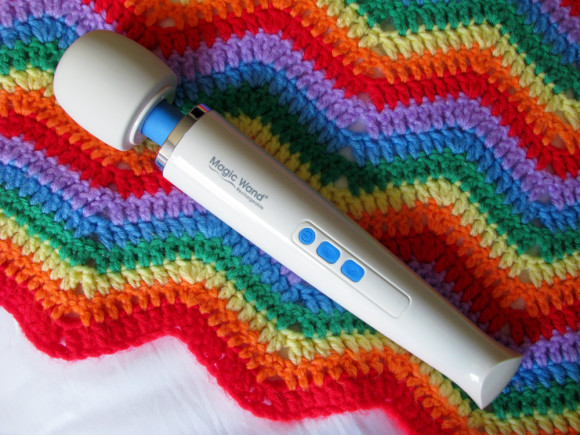 It’s also more impressive than my mere presence will ever be. One party attendee saw it peeking out of my bag and asked me, “is that the Magic Wand? Is it the rechargeable one?” And I replied, “of course.”

Being clever in only 140 characters is an art form. I keep track of my best tweets of all time, but here are my very favorites from 2016.

Innocently Drinking Wine on My Porch and My Neighbors Don't Know I Just Squirted: the Epiphora Story

…it was an actual bee.#dildoholiday

Me getting a package in the mail from Astroglide pic.twitter.com/HBe03Kwzmm

Known creeper asks "what's the best lube for my penis??"

"antifreeze"
"gasoline and a match"
"wasabi"
"just… a knife"

Back in my day, sex toys did as they were told and otherwise left us well enough alone. Now, in our seemingly unstoppable push toward automation, a slew of new toys react to bodily changes instead, and some even give you feedback and suggestions afterward. So just in case your parents and the media and your doctor and your bosses and Cosmo and Twitter don’t give you enough incessant tips for bettering yourself, now sex toys can! 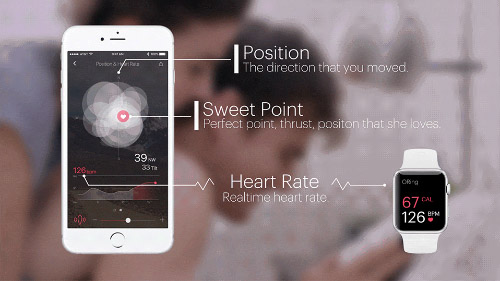 Quantifying sex is all the rage right now. The Lovely cock ring monitors your body movements and then gives you a “sex report” afterward, listing how many calories you burned, how many MILES PER HOUR you moved, and offers “personalized” tips for next time, such as — I’m not making this up — “Engage in foreplay for 4 more minutes and start the intercourse with position ’69.'” Like men need another thing to get macho about! I do not want someone trying to break their own speed record while fucking me, or mansplaining that we should 69 because “the app said so.”

This obsession with performance reminds me of when I was at AVN. There was a booth for a special watch called Time to Squirt which measures the speed of the wearer’s arm movements and instructs them when to speed up to induce vaginal ejaculation for their partner. Nevermind that people might have different sexual responses to stimuli and the speed that works for one is not fucking universal ffdgnkidfngikdfg oh my god why do I have to say this still?!

Also, what could be sexier than a partner literally LOOKING AT THEIR WATCH while they finger you? Nothing, I think.

Manufacturer of the Year

Aside from the toys themselves, I appreciate We-Vibe’s approach to hawking them. Much of their marketing focuses on toy features rather than grandiose claims. They know when to kill off a toy (cough the Thrill cough), and when to leverage a toy’s popularity (the Dusk sleeve to hold the Tango). Best of all, they have always been super sweet to me, once even sending me a toy in my favorite color with no prompting — and no strings attached.

There you have it! My favorites and least favorites of the past year. What about you? What was the best toy you discovered in 2016? The worst? Your favorite ridiculous sex toy trend?