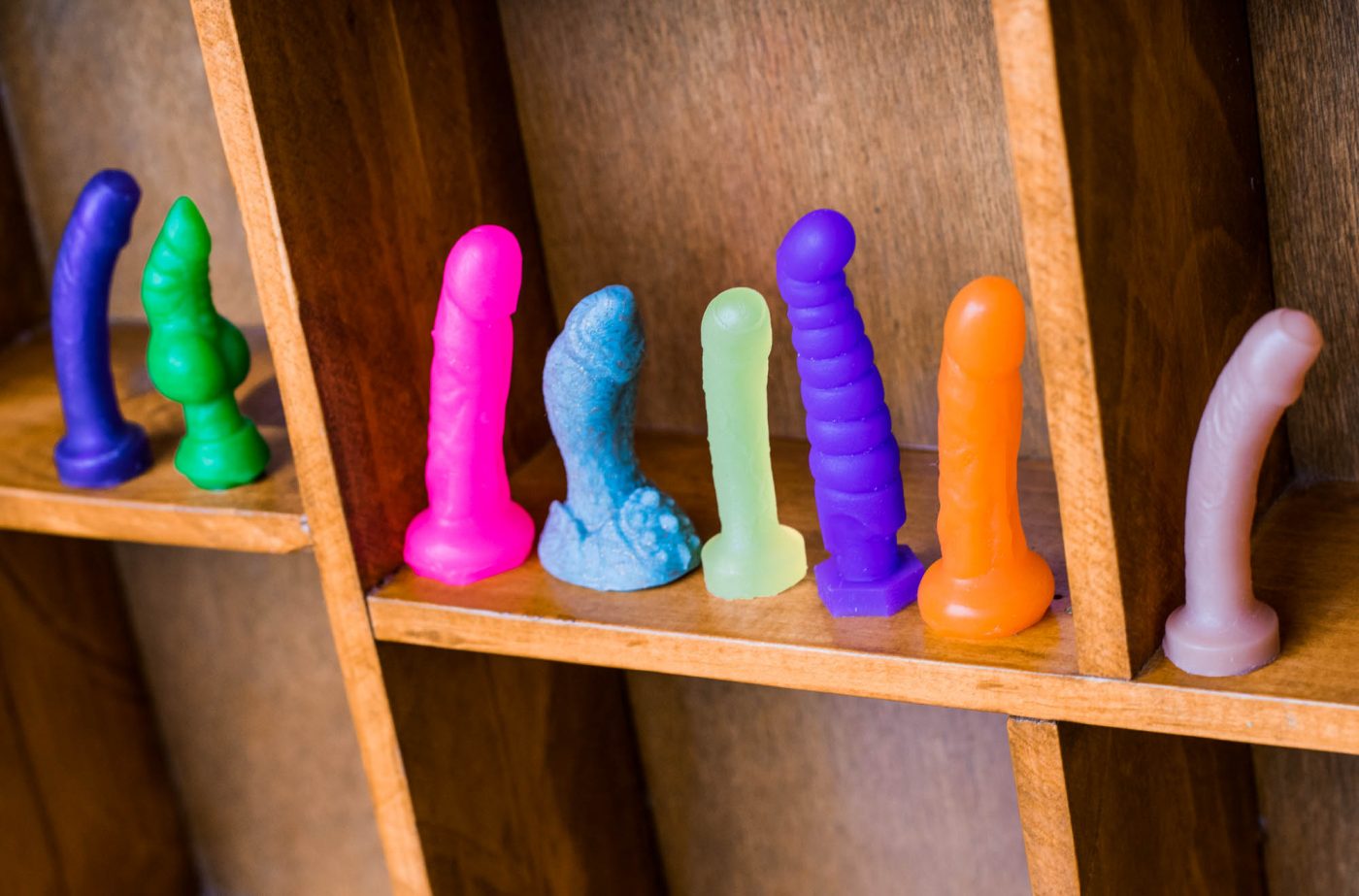 This post is an April Fool’s Day joke. However, because I am
very dedicated to my jokes, I actually did do all these things.

But at least it’s not MYSPACE.COM/TANTUS.

Bad Dragon’s Teenie Weenies are the softest and most detailed. I have a tiny Fenrir the Wolfdragon, Nova the Breeder, Moko the Liger, and a Crackers the Cockatrice in a really cool bluish grey with gold sparkles.

The weenies come in varying densities of silicone, in fanciful color schemes ranging from solid to marbled. My personal favorites are the translucent yellow one that looks like streams of pee perfectly preserved in a penis shape, and the white one drizzled with what appears to be the ejaculate of Lisa Frank.

I put them in my vagina. Or tried to.

So I got more creative…

First I grabbed a rubber band from the kitchen and used it to bundle several mini Tantus Goliaths together. Surely this would feel substantial! Yeah… it felt like being fucked by a wee pile of firewood.

Someone get Guinness World Records on the horn.

Luckily, I had just the tool to lasso it out: the Magic Banana. That thing is so stupid, yet so useful for removing errant things from my vag. I shall never get rid of it.

They’re not heavy enough to be paperweights and not large enough to be doorstops. But they fit pretty well in nostrils, if you can find a good reason to do that. Maybe murder?

Others have found them helpful for decorating holiday wreaths, as sex-positive body modification, as dashboard ornaments, for testing lube compatibility, for showing scale, as weapons for your action figures, and for intentionally over-using the phrase “oh, that’s my bag of dicks.”

Speaking of buttholes, DON’T PUT THESE TOYS IN YOUR BUTT. The flared bases may seem safe, but your butt doesn’t understand scale.

I’ll tell you what, though: I have a new appreciation for the depths of my vagina.