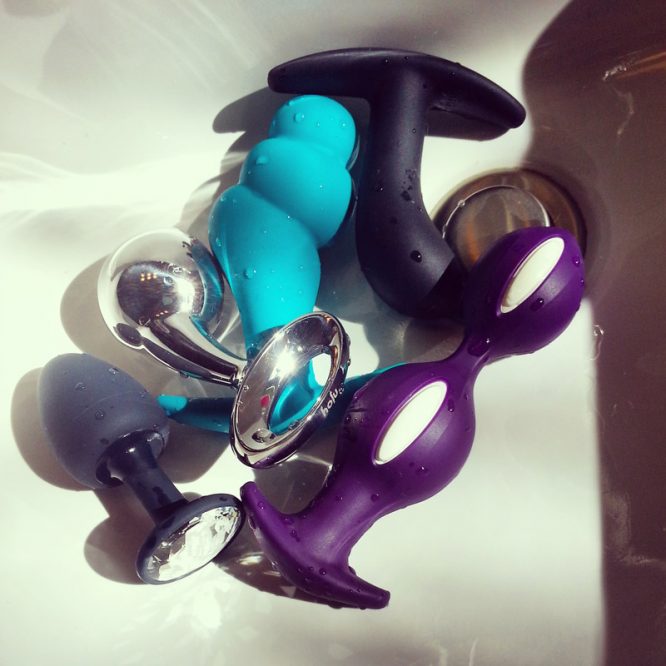 Determined to definitively disprove the veracity of the “PulseWave O” program (an 8-minute “journey designed to enhance arousal and help you achieve better and more frequent orgasms”), I endured it three times and paid special attention to my arousal and orgasm quality. Neither were better than I’d experience with any other disappointing rabbit vibe, as I then verified by testing the rest of the ones I own.

P.S. I HATE RABBITS. I kept cheating and pressing the Ina 2 against my clit like it was a Mona.

P.P.S. I got blood all over everything, but that is what the Afterglow deserves.

Various attempts this month at testing the astoundingly unpleasurable Vibratex Princessa. Watched James Deen lick a girl’s eyeball. Had one of the worst orgasms of my life but published one of the greatest tweets of my life. I guess it evens out.

As part of an elite group of early testers for the Crave Flex and Duet Flex, I was given access to an online interface to adjust each setting on the vibes. NERD STATUS COMMENCE. I enjoyed making the vibes do my bidding, programming the steady mode to begin at 55% power (as it should be), eliminating all the space between pulses (FINALLY), and making the waves move faster and get increasingly stronger.

Putting my customizations on the vibe entailed downloading a VIBES.pat file, plugging the toy into my computer, and replacing the existing VIBES.pat. It took many, many adjustments before I found the winning combination, which I then uploaded for Crave so they could use the data to determine the final settings on the finished products.

Seriously, I can see the vag gunk splattered all over the blanket now.

If, like me, you feel great concern over the eventual location of that lollipop, you will be happy to know that a condom was rolled over it before someone used it in another person’s ass.

I definitely whimpered and whined like a wounded puppy.

Perhaps needless to say, my orgasm wasn’t very good. And thus, the resulting vagcam video is uninspiring — you can barely see any contractions at all.

A couple orgasms later, I had a ridiculous idea: to stuff my vagina full of kegel balls, filling both my genital cavities with balls.

I felt so jiggly. Like a horse at Christmas time.

There were people over when I went to empty my orifices, and I had visions of someone walking in on me as I pulled the vag-juice-dripping balls out of my body, so I locked my bathroom door for potentially the first time ever.

Afterward, I felt so blissfully empty.